Colombia! I have been beyond excited about visiting Colombia. There is so much history here and there is so much to show for humanity and how a country can turn things around. Everyone I have talked to that visited Colombia has fallen in love with this place so my expectations were high and I was ready to experience this incredible country for myself!

After leaving the Galapagos Islands we flew back to Quito, Ecuador and stayed the night with some new found friends. The next morning we left to head north to Tulcan, Ecuador by bus. The cost was around $5.  We exchanged some US dollars to Colombian Pesos (make sure they give you a good deal, they will definitely try to rip you off a bit.) and took a taxi to the border control from the bus station. First we had to get an exit stamp and the office on the Ecuadorian side. It was chaotic and hectic at first glance but I quickly understood why. The place was packed with Venezuelan refugees. It definitely broke my heart seeing people and children everywhere even sitting on the ground just waiting and hoping for a better life, a safer life.

Despite the lines, we were in and out of the Ecuadorian border office in about 15 minutes and crossed the border by foot as so many people do. The Colombian entry office was empty and we got our stamps and headed through to catch a taxi. I would warn you as we were approached by several men who claimed to be taxis but were a bit sketchy. There are border police everywhere but there are also clearly marked taxis that come and go so be sure to catch one of those. We were also warned by many many people to not stay the night in Ipiales so we decided to head to the bus station and catch a bus to Pasto.

We were only in Pasto for one night but we had a chance to walk around the next morning and get our first real taste of Colombia. First impressions were that the people are so nice and helpful and kind. Also I am beyond shocked at how many little towns in Colombia there are and each one definitely has its own flair and street art to show off!

In Pasto we were also able to get our phones set up with a sim card, we chose Claro, the sim card itself was only about $10 but to charge it was around $20 for about 4GB of data for 30 days. If you do go with any carrier in Colombia, make sure they register your phone device with your ID number because if they don’t your device will be blocked from all networks in Colombia making it useless, that is what happened to me after about 2 weeks or so. It was a pain to get it fixed. (I recommend using Avantel instead of Claro) 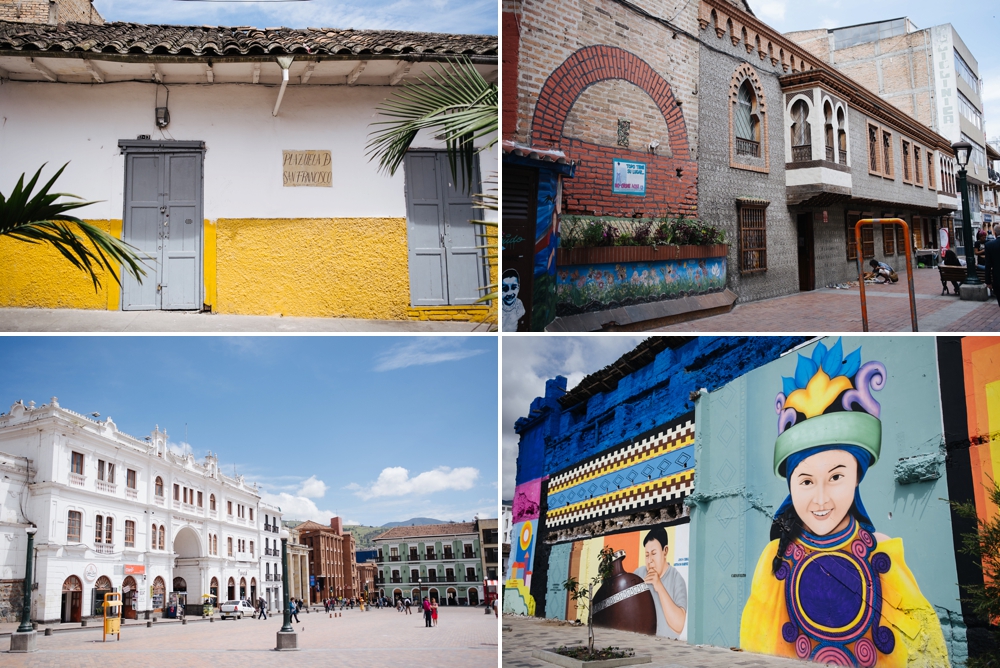 After leaving Pasto we decided to spend a couple nights in Popayan. Popayan is a sort of religious center for many. The old colonial buildings are covered in a white wash, thus it is called the White City. I didn’t know a ton about this city before visiting, apart from it being a more religious center but I am glad we stayed a couple nights here. It is small but very cozy and in the center of town there is plenty of booths set up selling everything from dreamcatchers to books, and art pieces to all the souvenirs you can imagine. 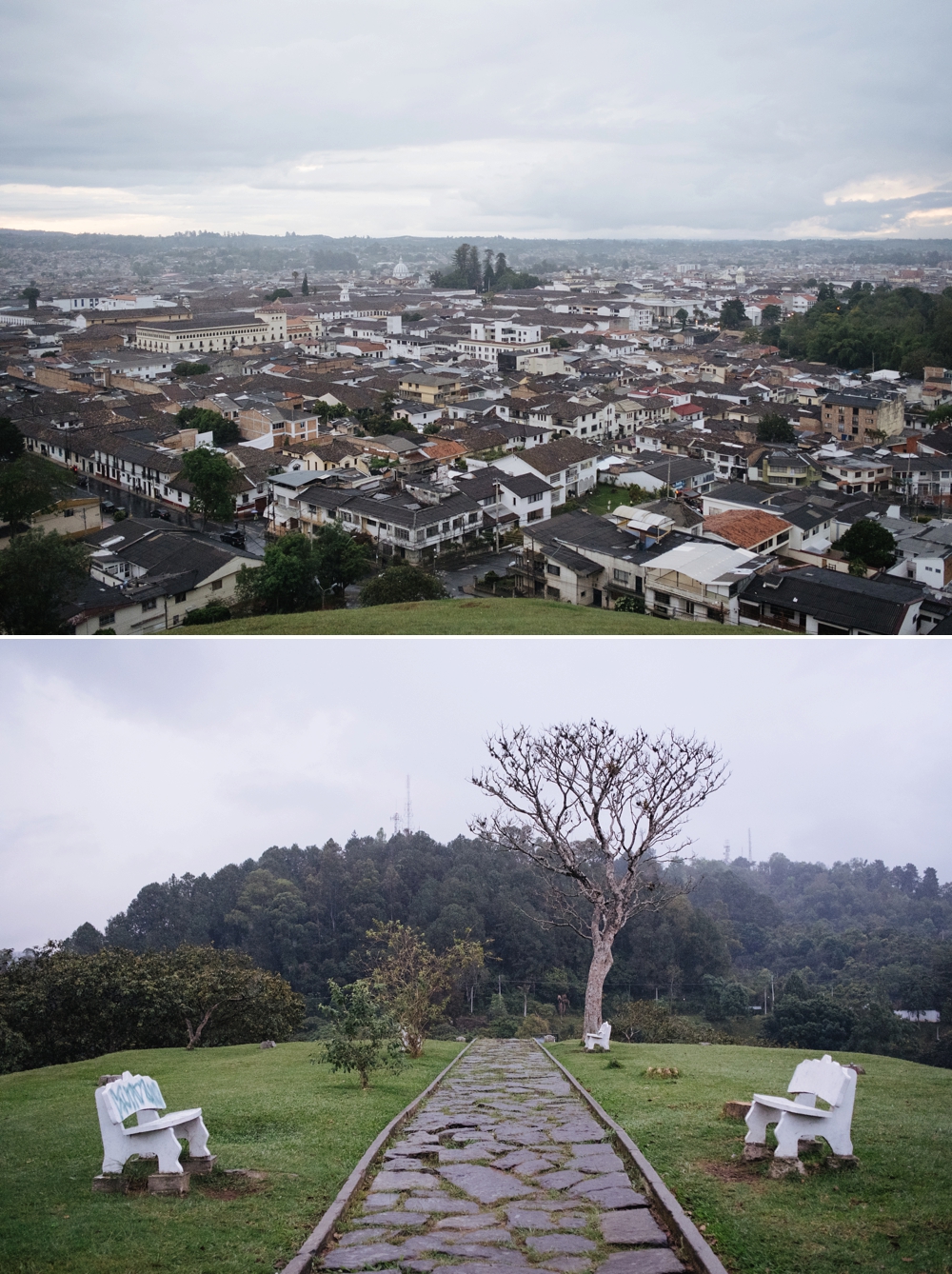 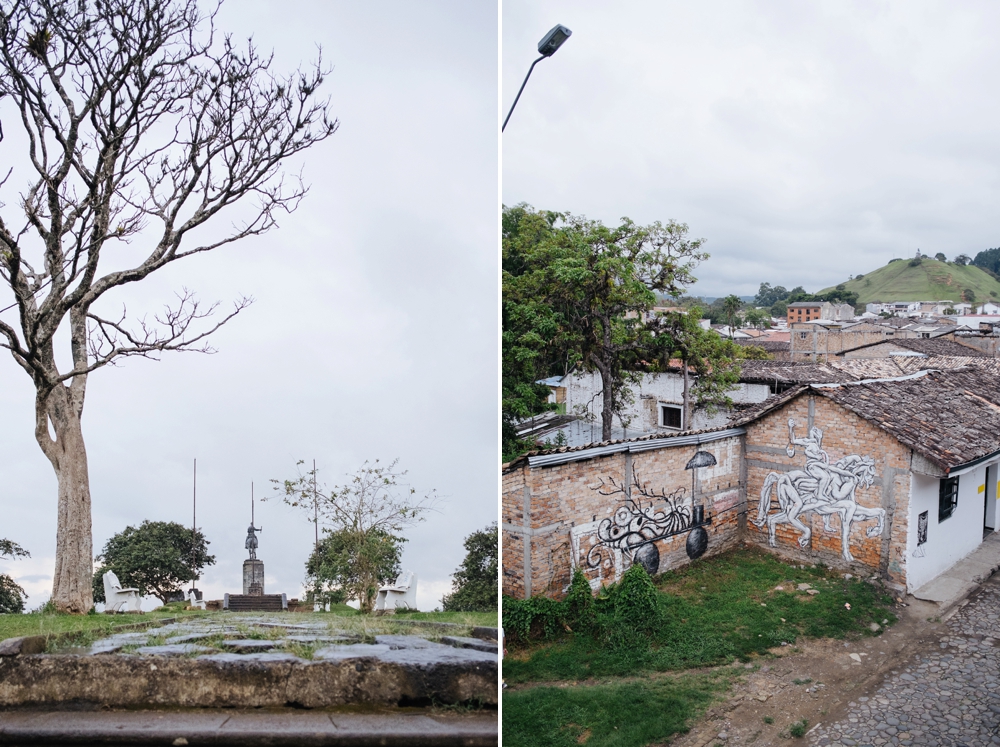 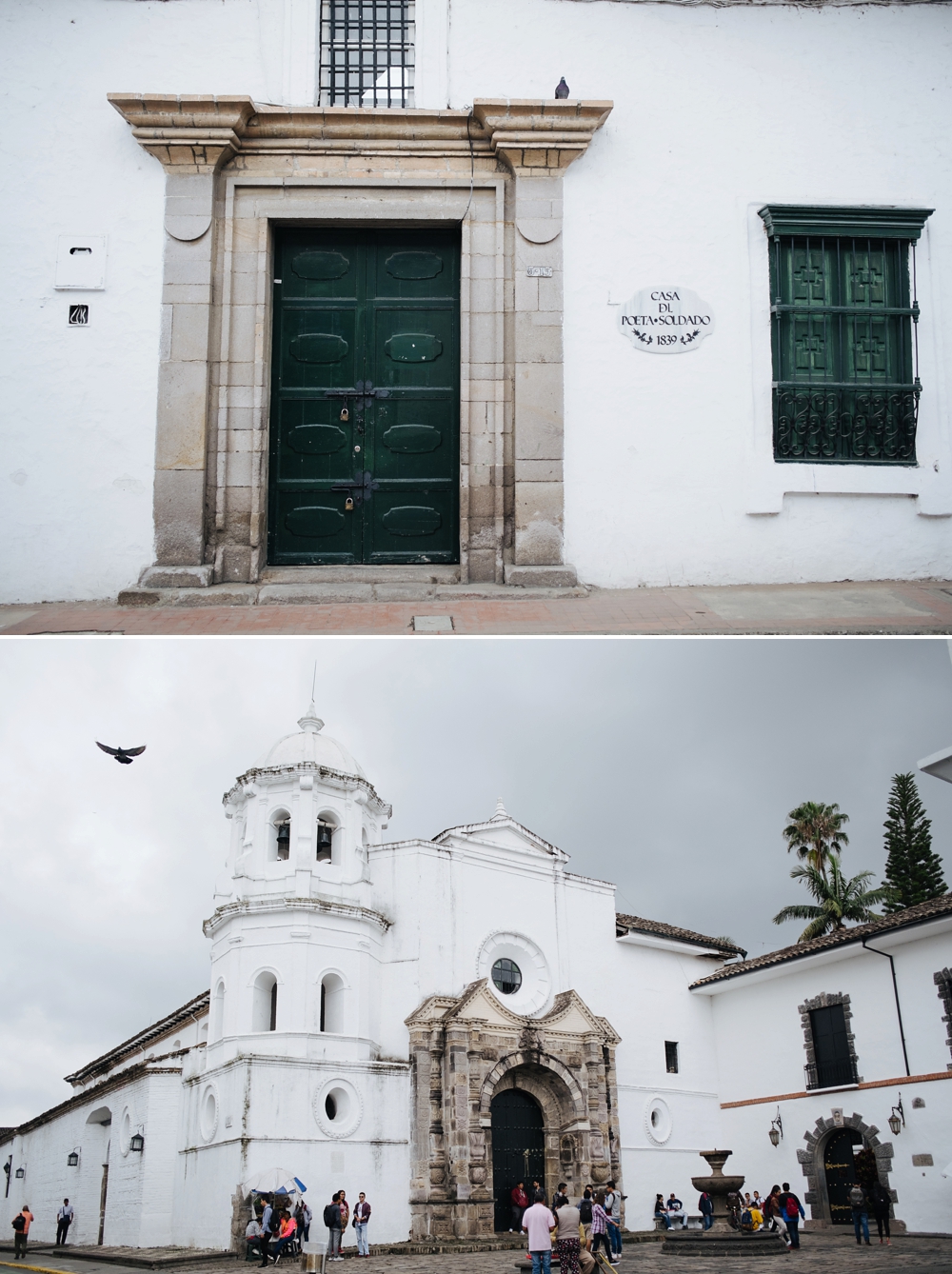 We stayed at the Arte Hostel and it was a easy walk to some great restaurants, the city center and what quickly became my favorite place, La Casa del Te. We stumbled upon this little place and were drawn in by the art on the walls and the delicious warm brownie aroma. I mean who can resist that? They have a variety of teas and pastries and it was such a nice place to escape the rain outside.

From Popayan we traveled by bus to Cali. Cali is a bit bigger city compared to Pasto and Popayan and while there is plenty to do in Cali we only stayed a few days. All of these 1-3 day stays and 4-8 hour bus rides were catching up with me so I tried to give myself some time to relax. I had done some research before and decided that staying near the San Antonio district was the best and easiest option for walking around. We were close to the San Francisco church, which is a gorgeous brick church with a ton of activity in the plaza alllll the time. 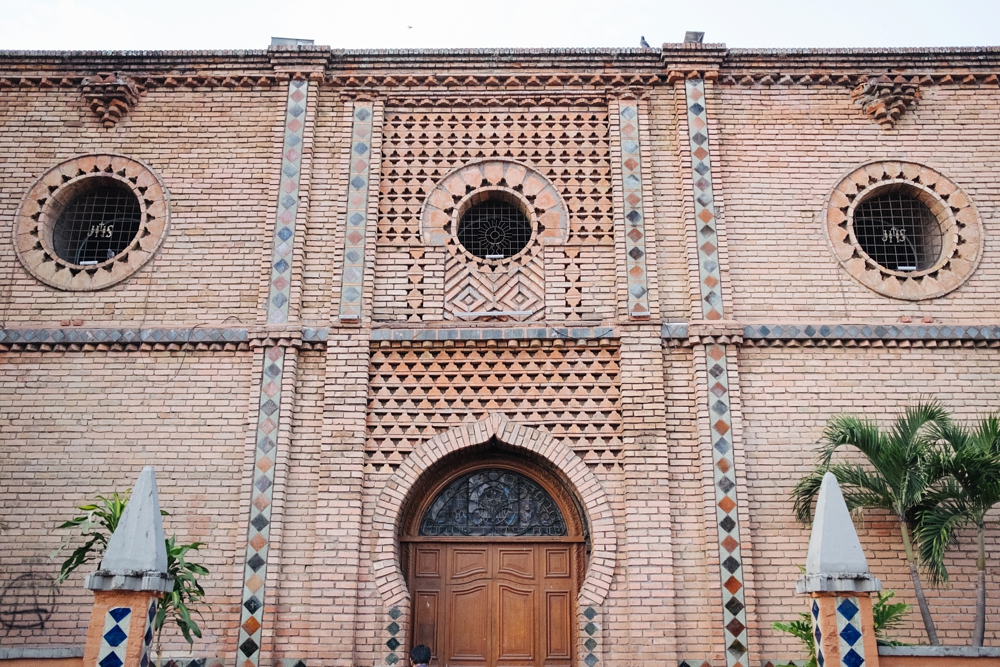 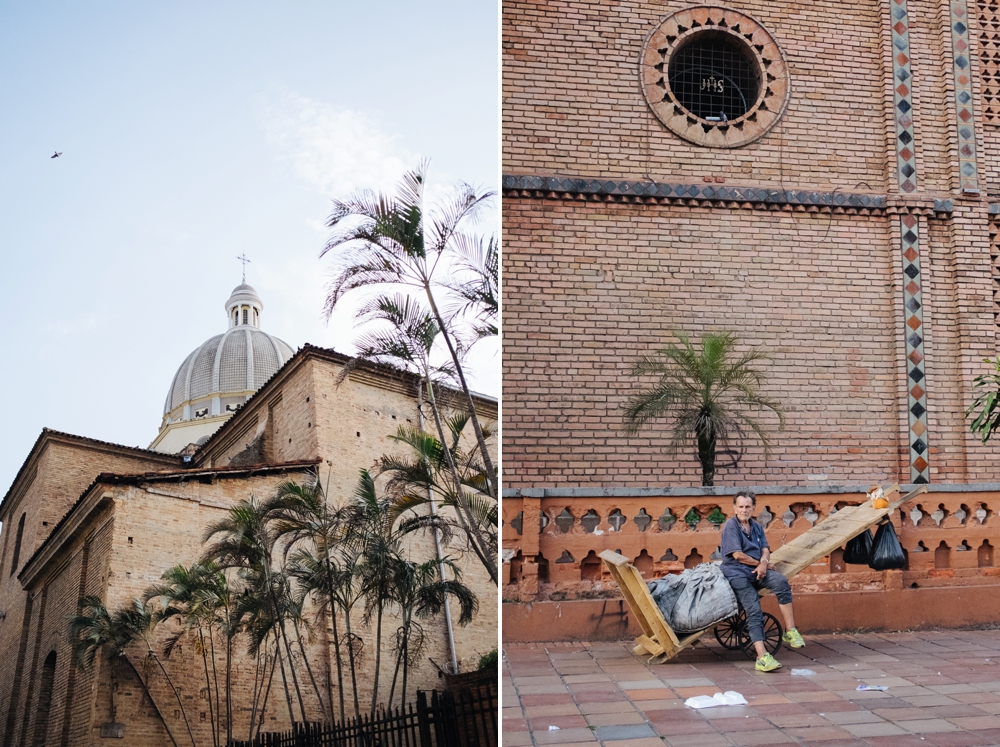 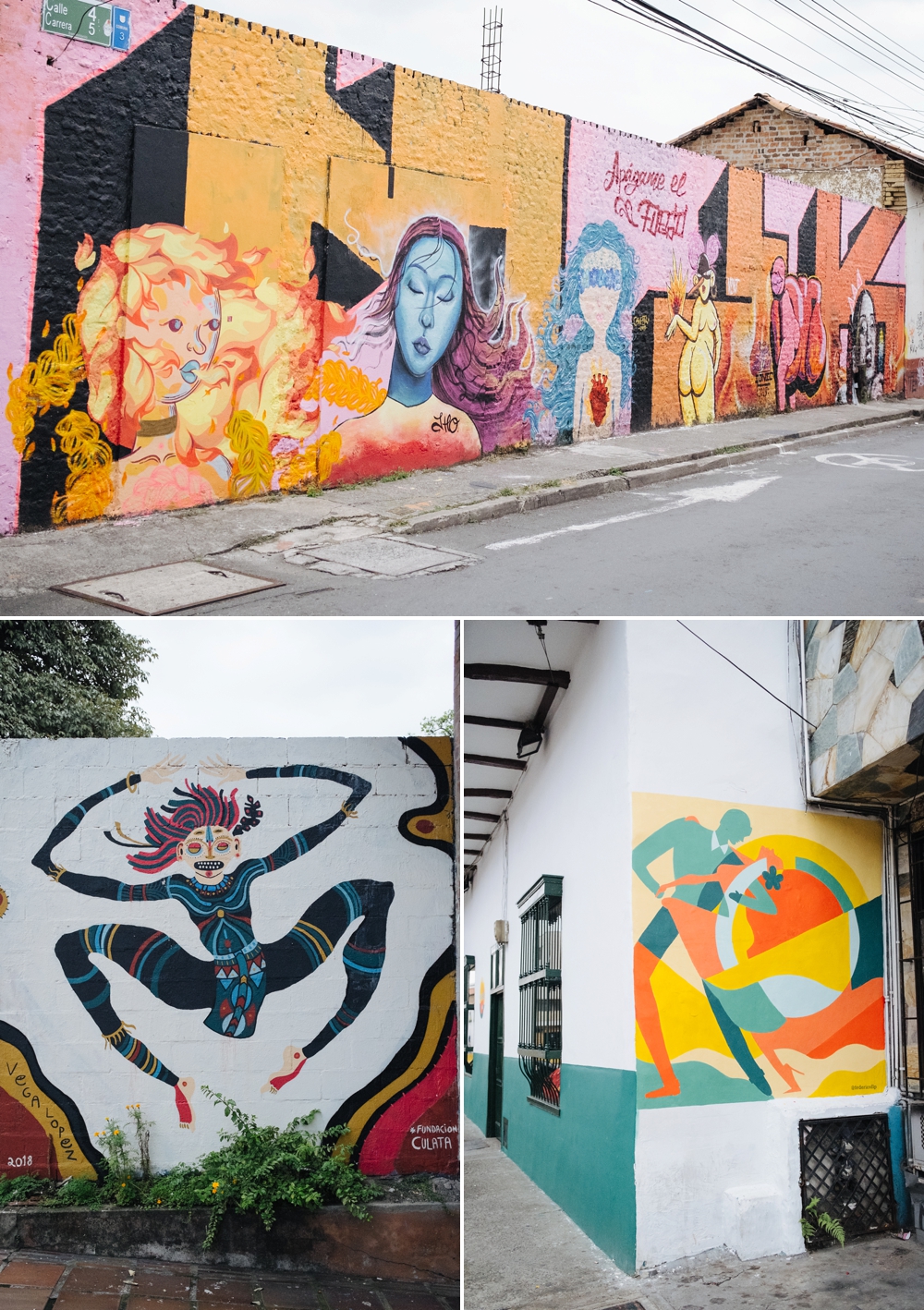 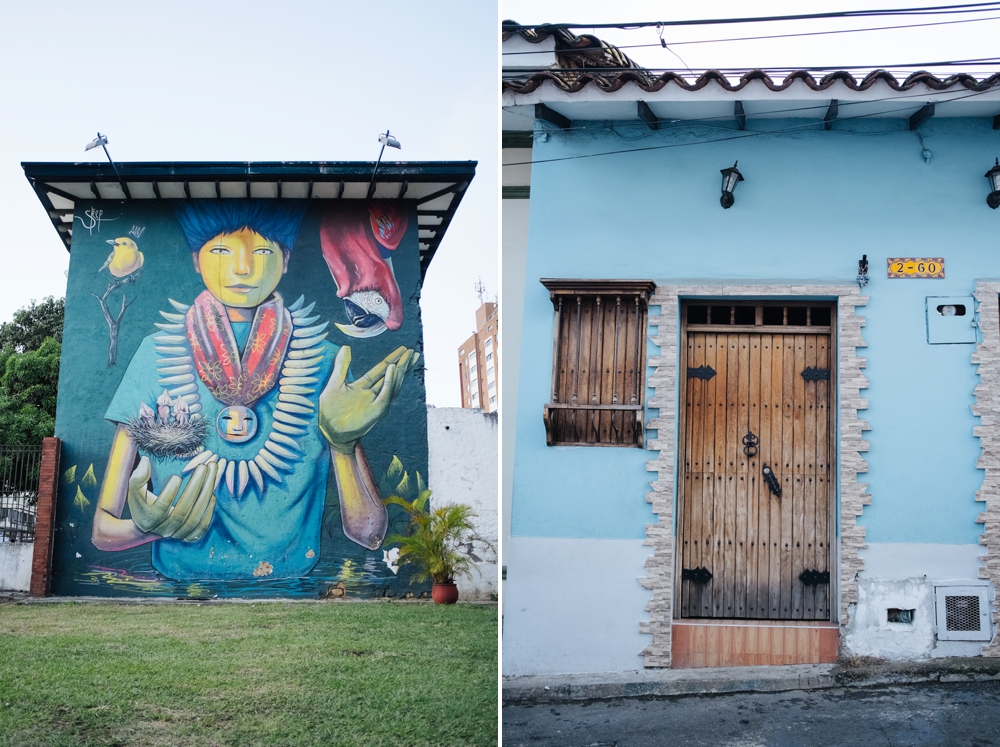 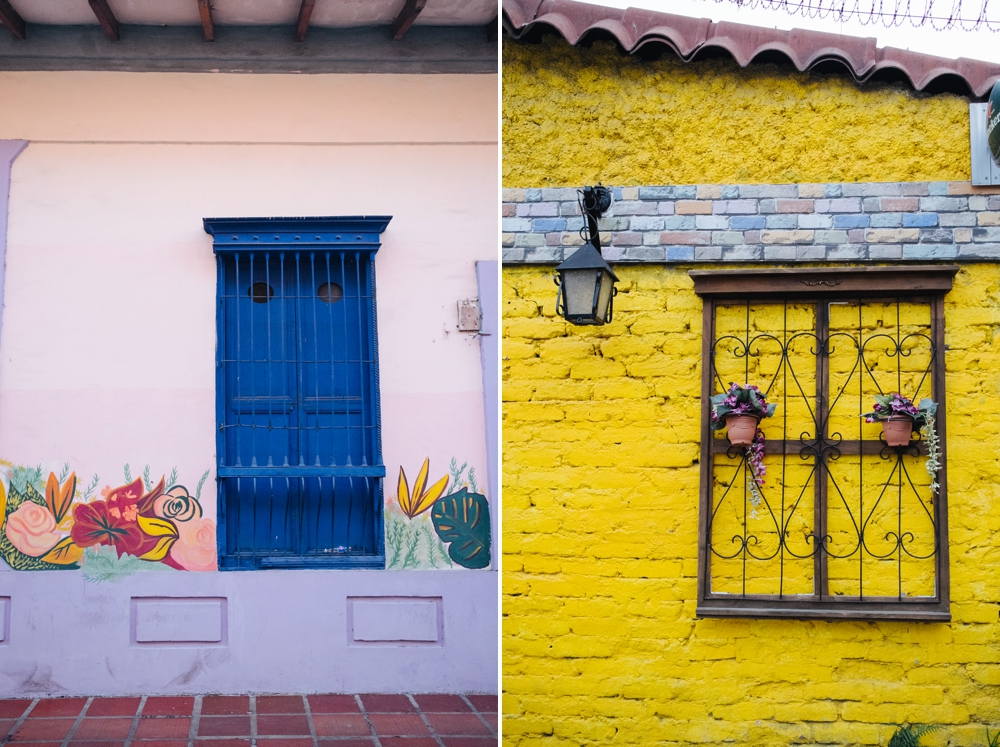 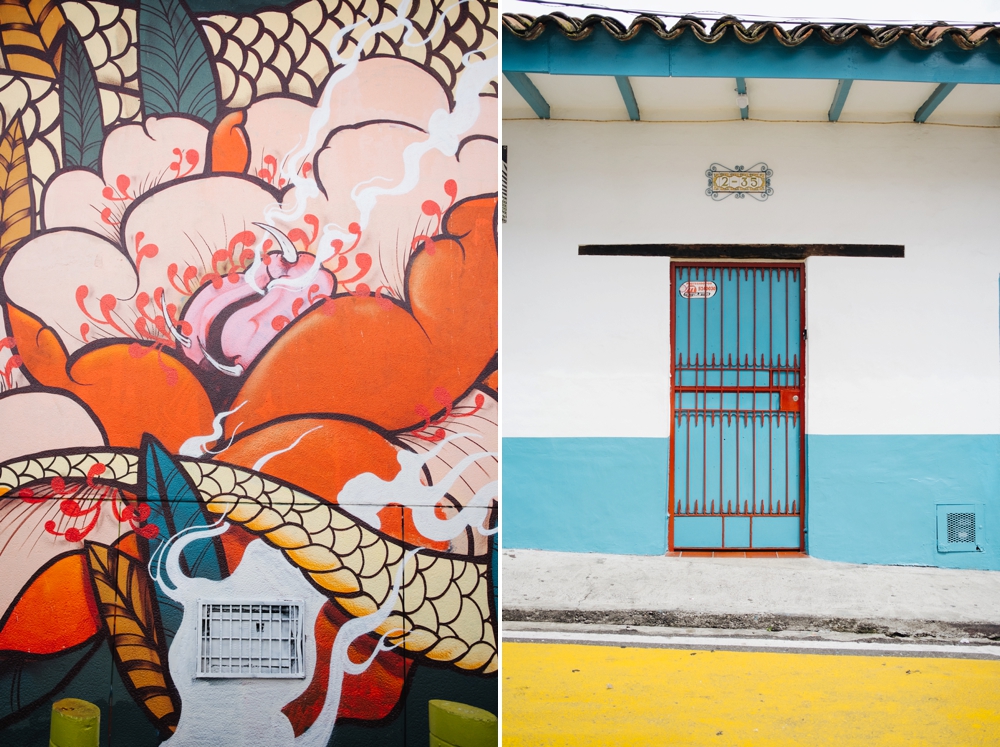 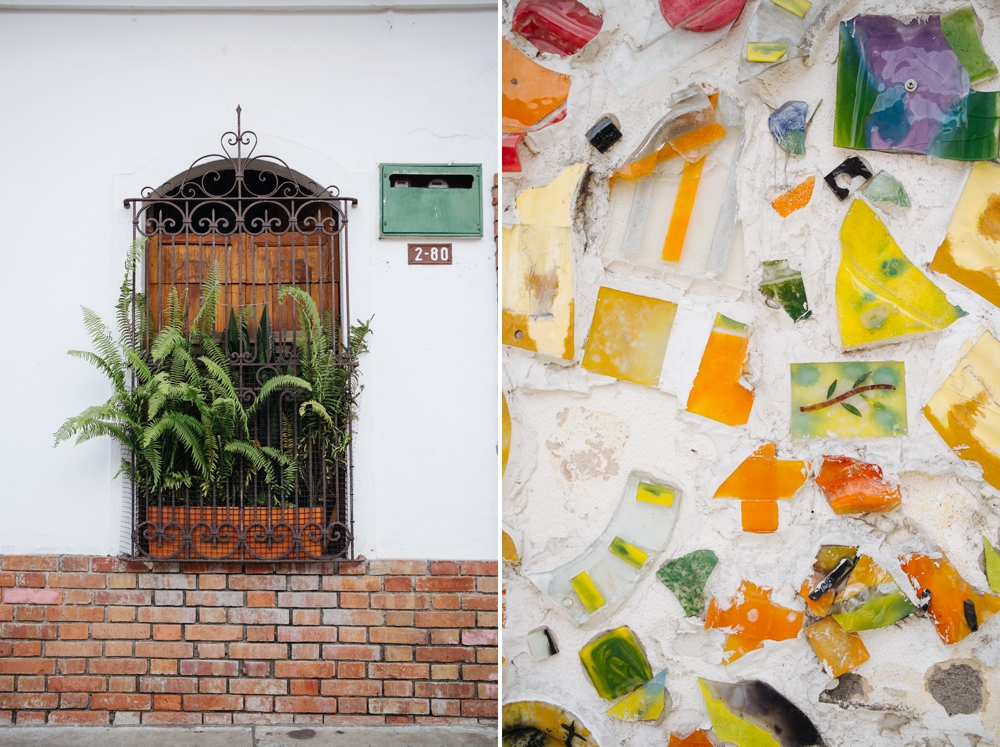 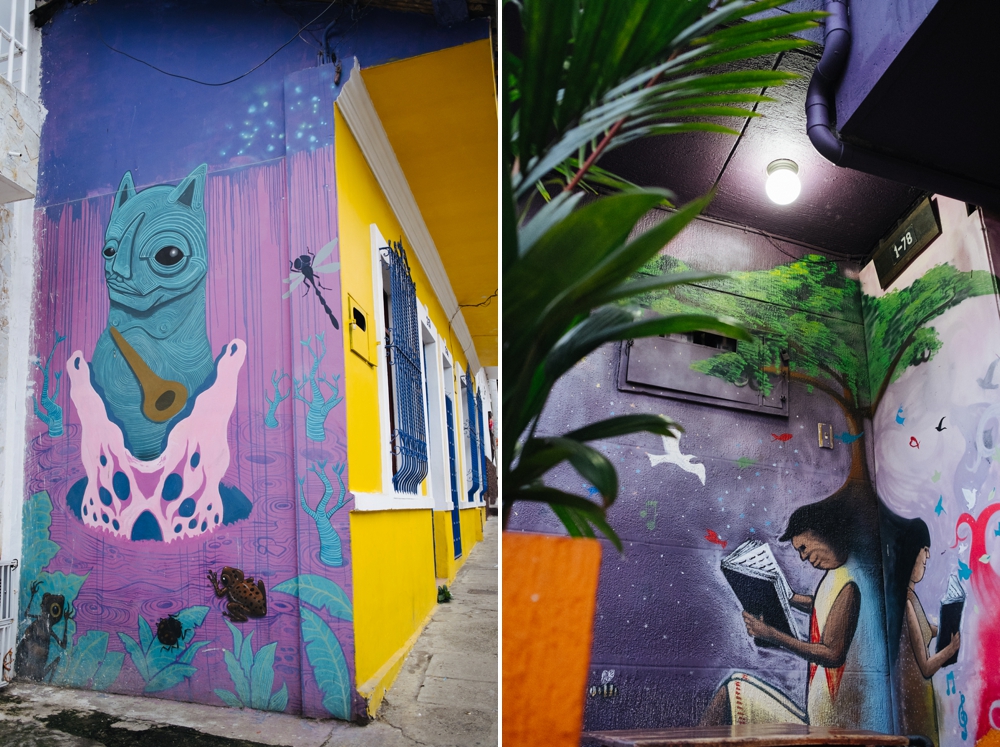 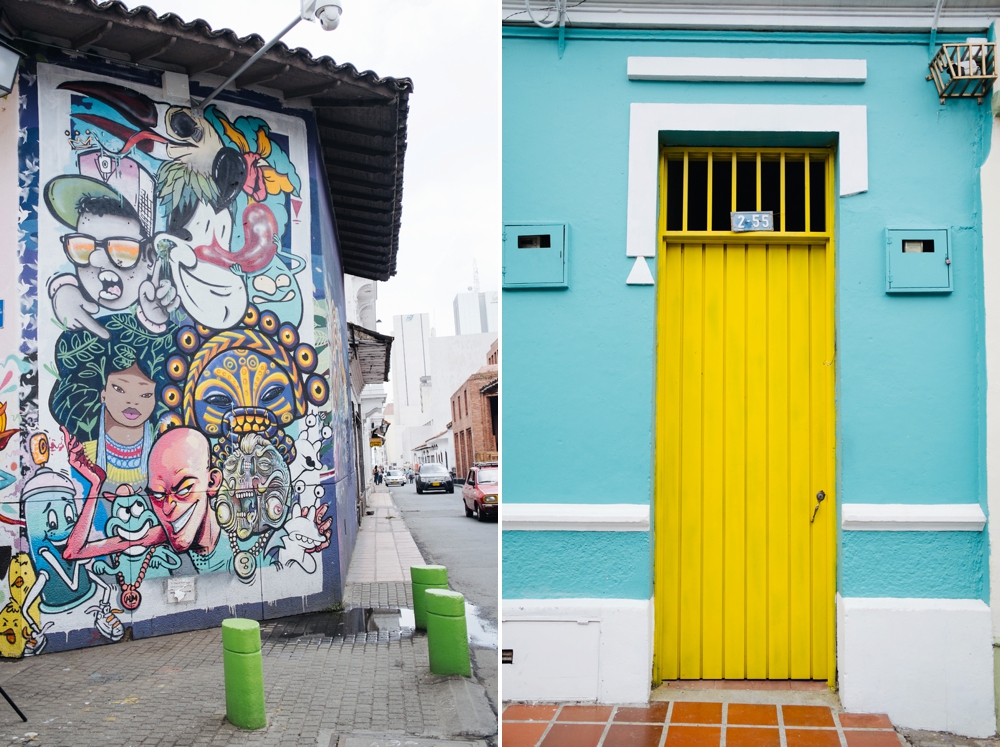 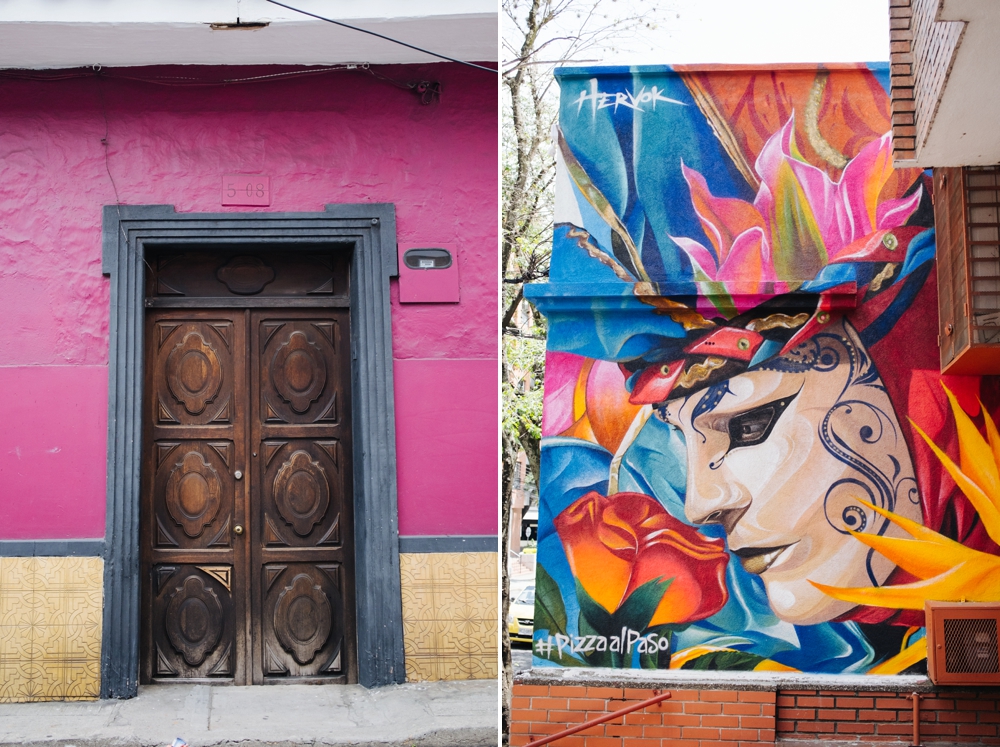 We also found it easy to walk to the San Antonio neighborhood and wander around the many colorful streets and buildings there. In the evening you will find the path leading to the San Antonio church packed with people, locals and tourists, coming to watch the sunset over the city. It was beautiful view. 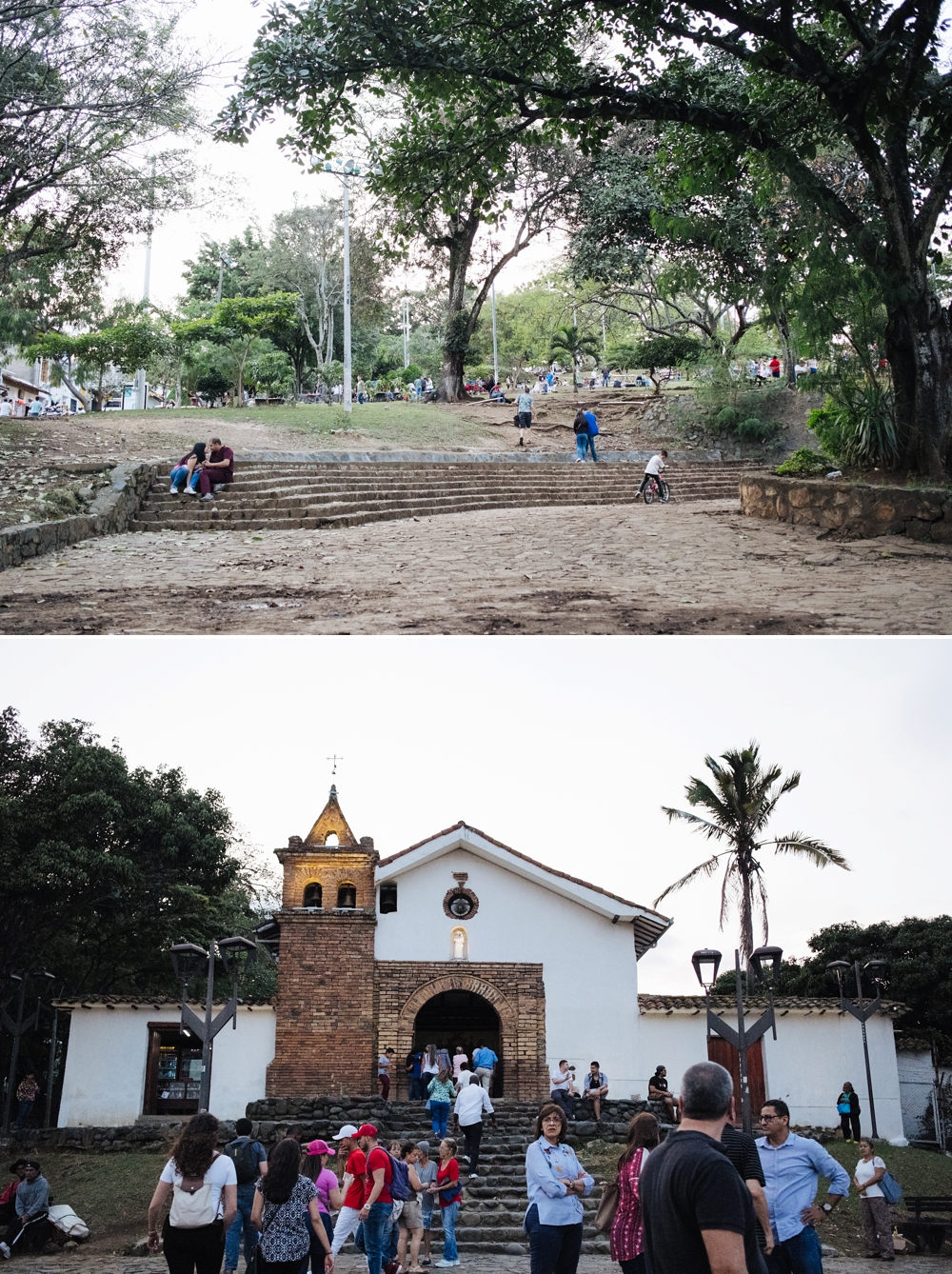 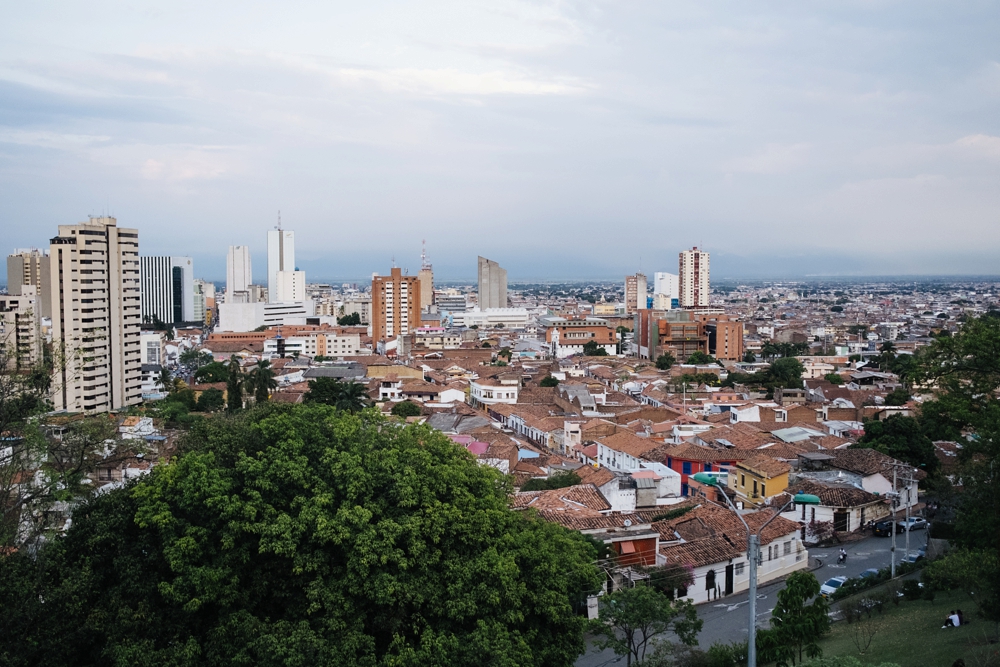 Another fun thing to do in Cali, which I thought was a bit unique, is to visit the cat park. It is a fun and short walk through a park with different cat statues. I’m not much of a cat person but, “when in Rome,” lol. 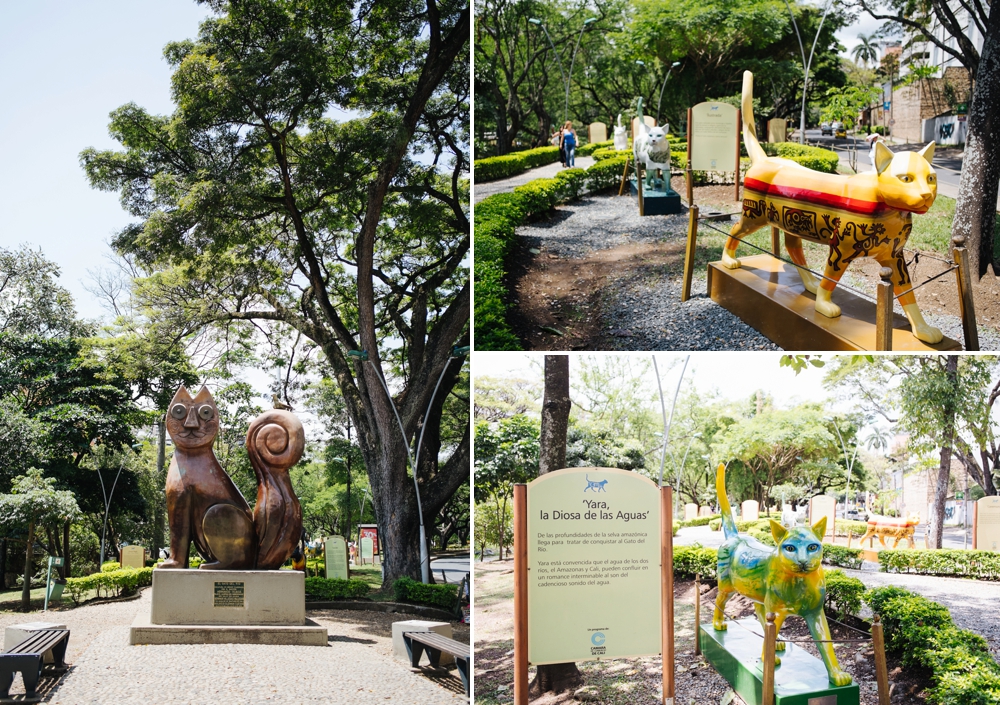 Not far from the cat park we decided to stop and have some lunch and it was delicious! There is a big old house that seems to have been turned into several restaurants all under the same roof and after viewing the menu for La Rustica and smelling the pastries and fresh baked bread from Der Baker, we were sold!  After walking around all morning in the heat that charcuterie board a cold glass of white wine was just what we needed. 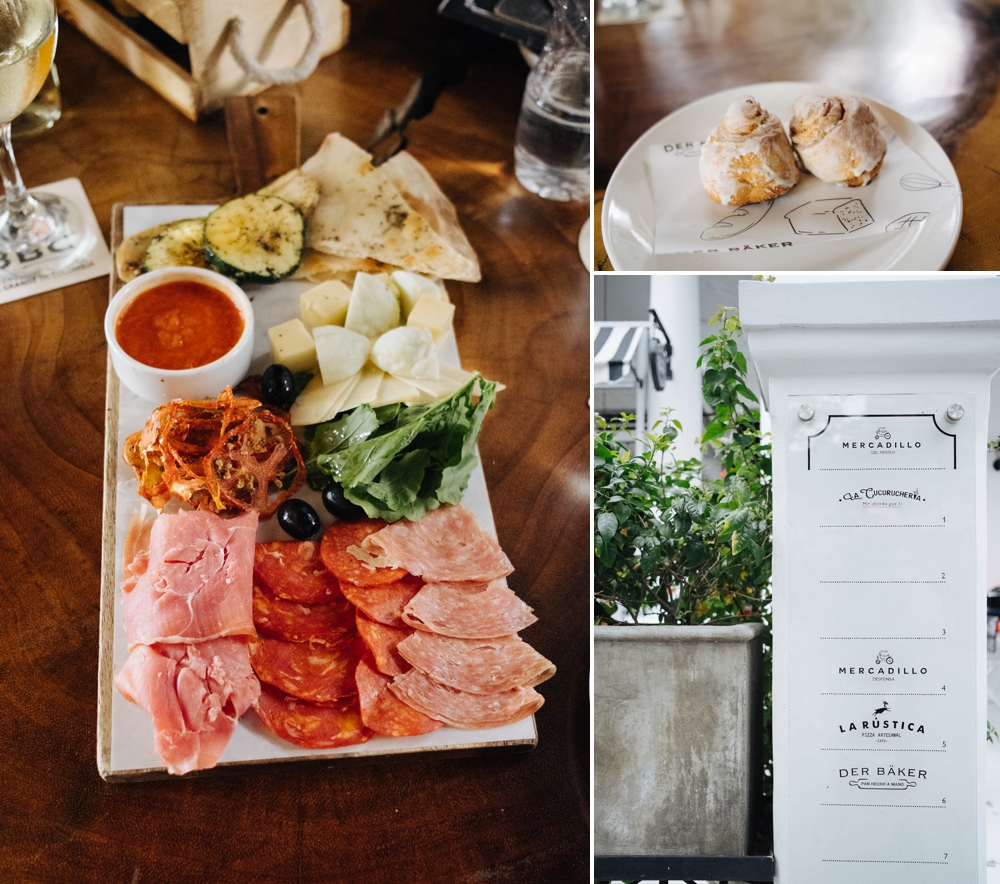