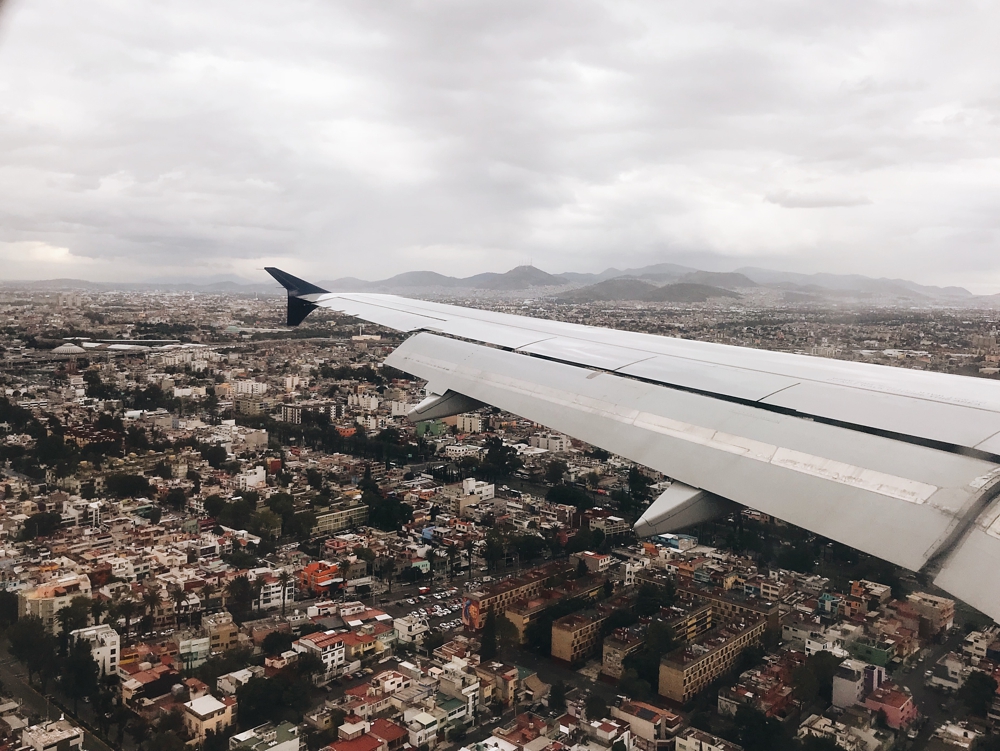 It has been a while since I’ve done a more personal post. I have been in Mexico a almost 3 weeks and it feels like it has been months already, well I have at least been eating like it anyway! Give me alllll the food! 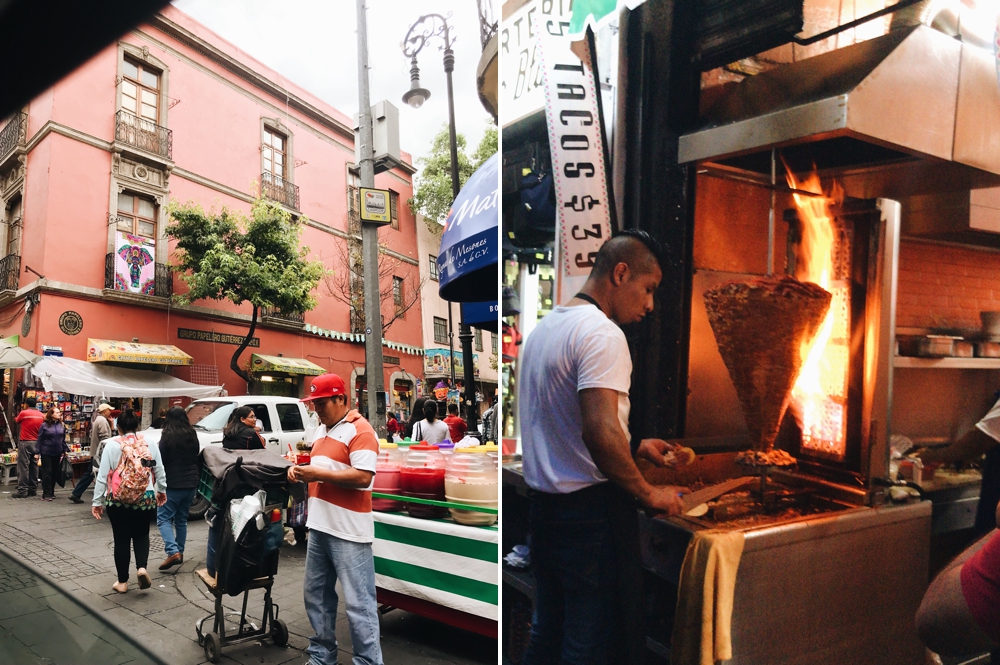 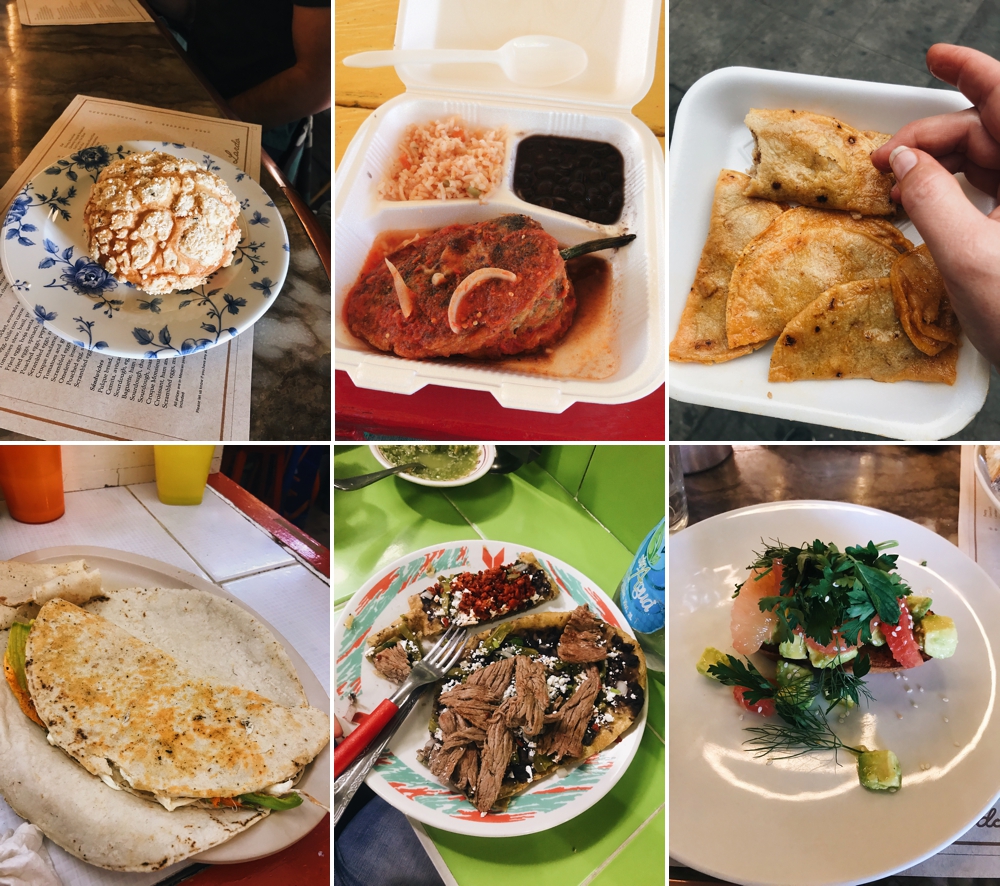 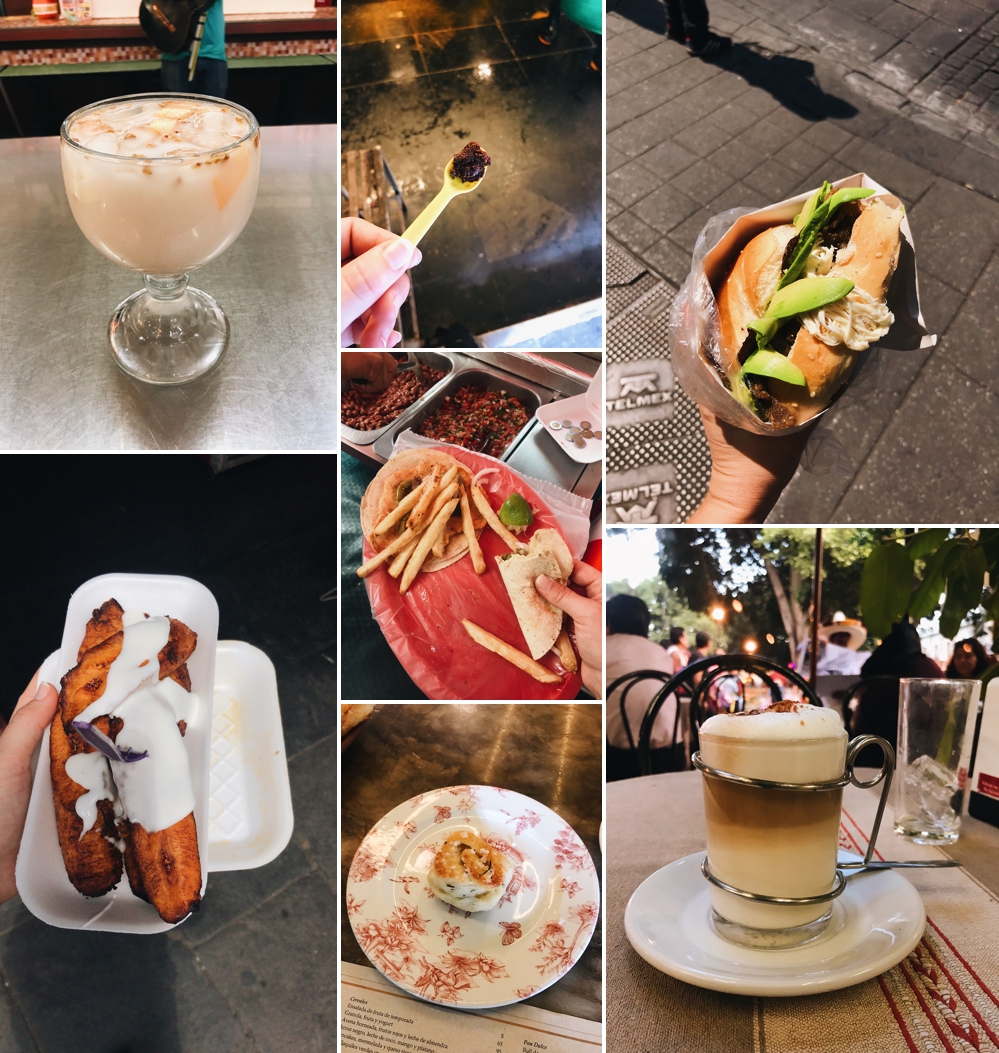 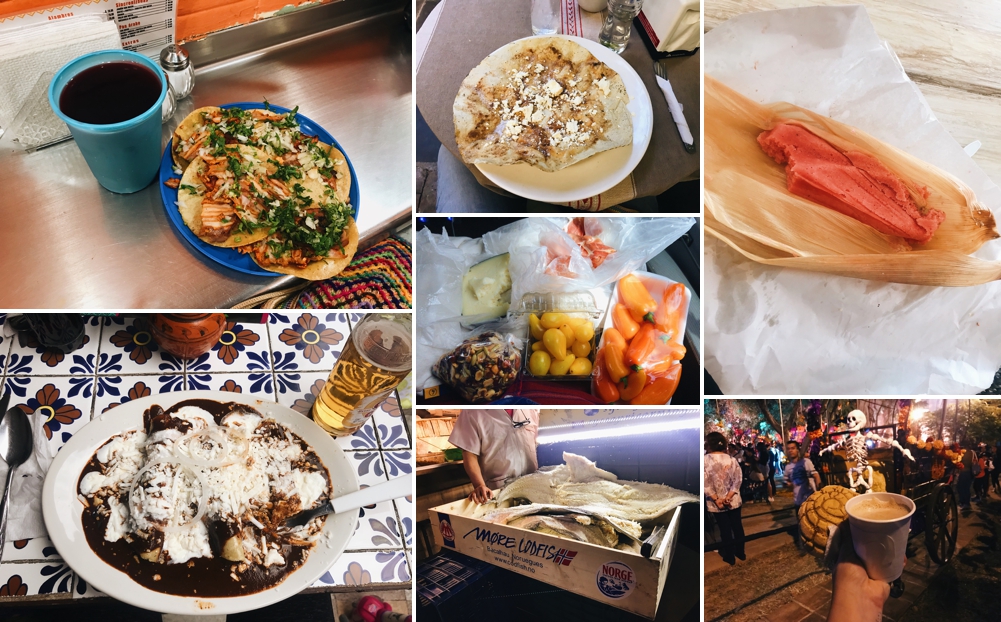 Last year I came here and stayed in Mexico City for almost 2 weeks and didn’t feel like I had enough time to explore other areas as well. So this year I am back for Dia de los Muertos and it has been an adventure already! 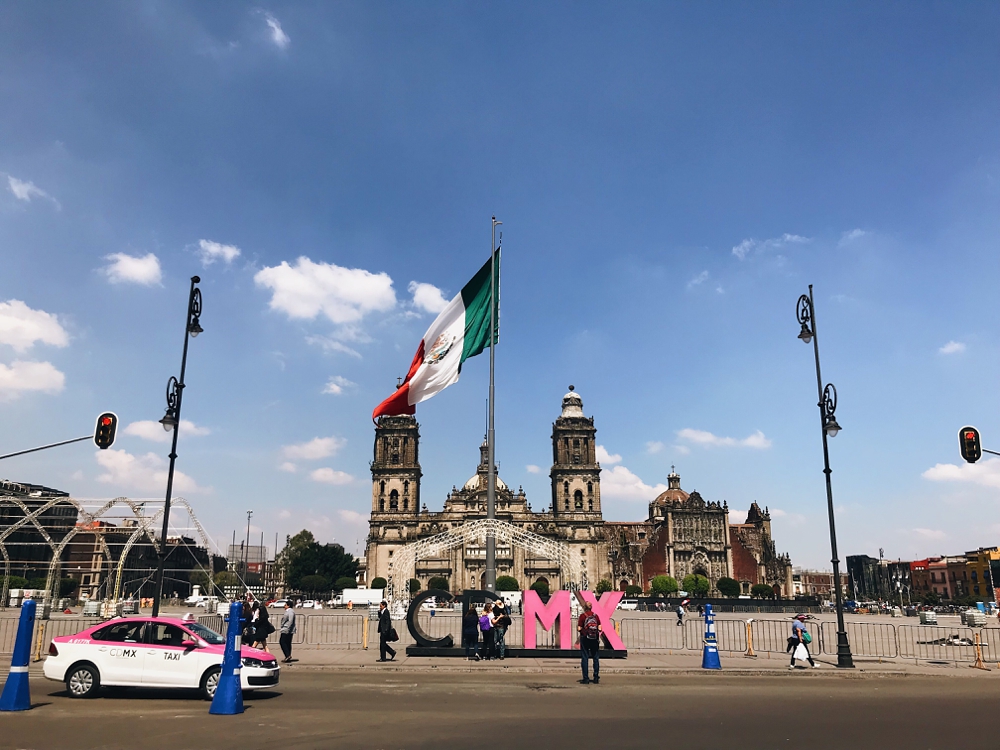 So one of the things that always has any traveler worried is what if I lose my wallet or its stolen. Welllllll as many of you may know I was recently in New Mexico due to the sudden loss of my grandfather. It was rough and I was there for about 3 weeks. The last week I was there my boyfriend from Portugal joined me to meet my friends & family and get a taste of New Mexico.

After New Mexico we flew to San Francisco to fulfill his one big wish of things to do while in the USA (It was his first time), he wanted to go to an NBA game and what better team to watch other than the Warriors? Well we had a blast as I gave him a super fast tour of the main sites in San Francisco in one day, we had the game that night and early early the next morning he had a flight to catch. I got up early with him and helped him toss some last minute things in his bags and what do I do? I toss my wallet in his bags right along with everything! YUP! I did that!

I was scheduled to fly out to Mexico city the next day and after spending a few hours initially panicked about where my wallet went, he found it while on his layover in Chicago. We tried to figure out a way to get it back to SF before my flight but it was a no go. Ultimately I decided to just wing it and wire myself cash if I needed to in Mexico. Since I still had my passport I went ahead with my plans. 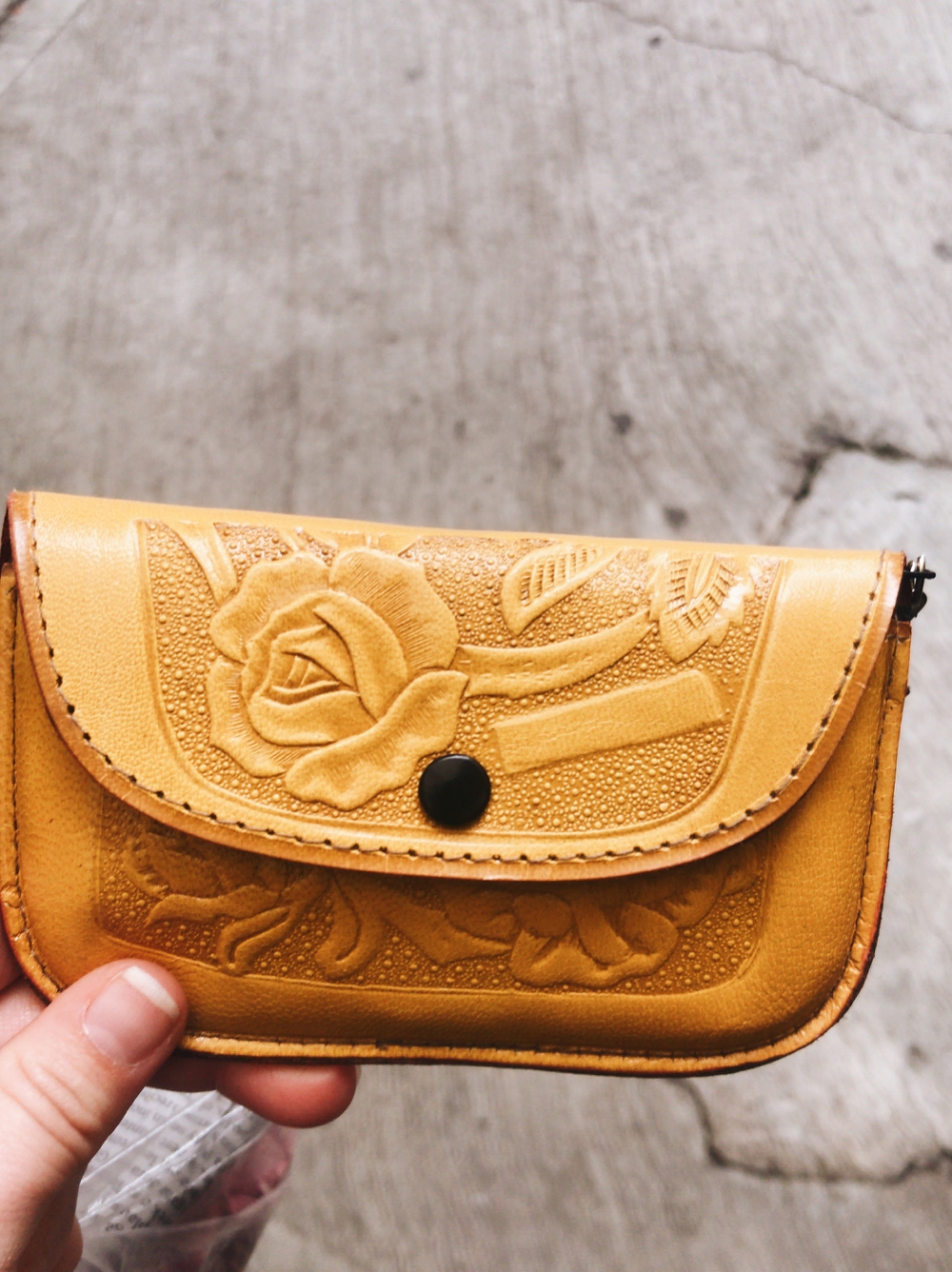 I arrived with the cash in hand that I had sent to a friend via Venmo in San Francisco, (TIP: DON’T use paypal. They are owned by the same company but they charge for immediate deposit and take forever to clear even when you pay the fee, Venmo does not.) While in Mexico City I added my credit card information to apple pay and used Uber so as to save my cash, I also had to buy a new wallet/coin purse. So that was a great opportunity to go shopping. 😀 I got it La Ciudadela, which is a fantastic place to buy gifts in Mexico City.

I was already planning on coming to Oaxaca City for the week of day of the dead but (TIP: Book your stuff way in advance. believe me when I tell you the city is entirely booked up during this week. Don’t wing it here.) I waited a bit too long to book my reservation so my options were limited however I found something that seemed decent enough. I booked it and went about my merry way.

I went to the bus station the day before I was scheduled to leave from Mexico City to Oaxaca City and bought a bus ticket, not a whole lot was left but again, I managed to find something that worked. After what was supposed to be a 6 hour bus ride that turned into a scenic 8 hours (TIP: TAKE food with you on these busses. There isn’t a stop for food) we finally arrived. 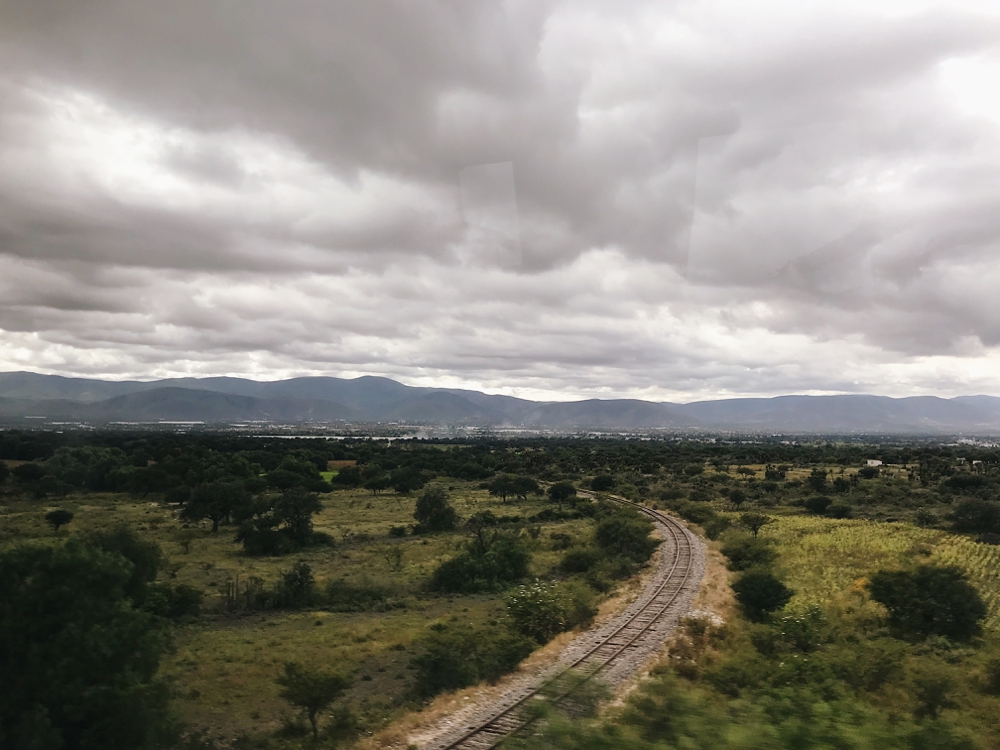 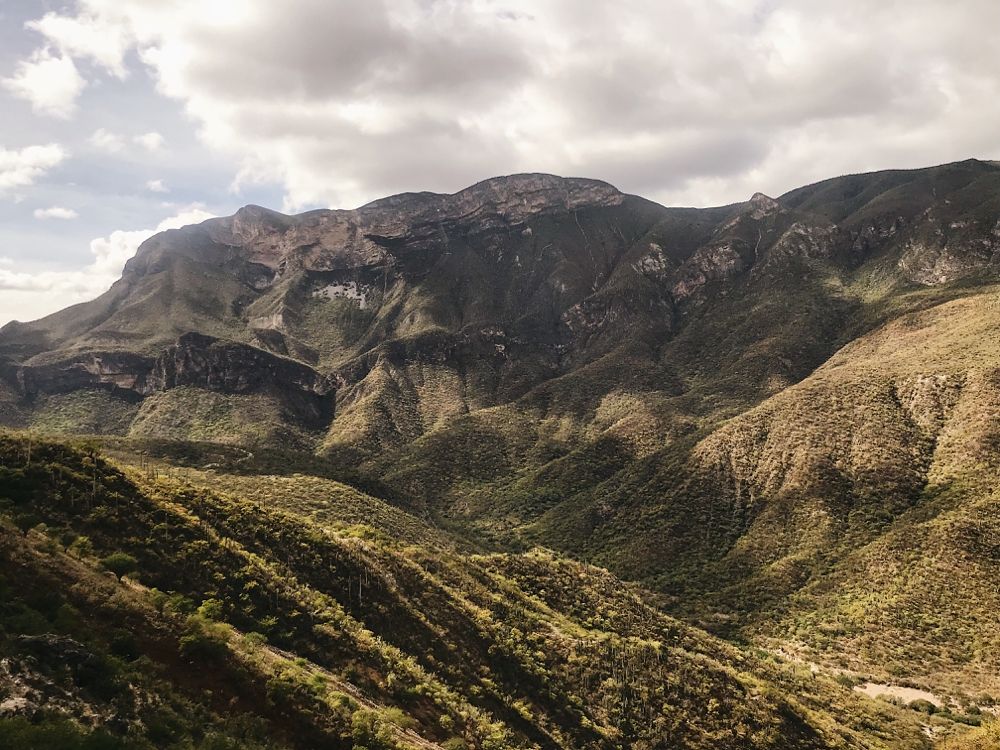 My Airbnb hosts were not responding to my questions or requests for exact information and It’s not the first time this has happened so I just thought maybe they are new to this, there weren’t any reviews but again not the first time I’ve encountered this. I arrived at my airbnb and have no idea where the actual entrance is. My taxi driver is an angel and calls my hosts for me and they tell him the place is already occupied, too bad. What. The. Actual. Hell? Yup! So I contact my friends who had lived in Mexico for a while to see if they know of anyone or anything available. I am looking on airbnb, booking and hostelworld like a crazy person.

I initially booked my stay on Airbnb so I could use my account and card online and not have to pay cash. Well all of that went right out the window as I was just desperate to find anything available. My friends helped me as I found a place to stay each night this whole last week in a different place purely based on cancellations & cash. Phew! I was sure I was going to spend that first night in a park somewhere hugging my luggage.

Friends, This week has been crazy & amazing & emotional! But I made it! lol This week I had to figure out how to wire myself cash as well. I tried Xoom as it seemed fairly fullproof. NO! It was in fact a ridiculous mess that required more confirmations and documents and phone calls than anything ever! After reading some terrible reviews of people never getting the money they wired with Moneygram I went with the good old fashioned, tried & true Western Union. This company has been around forever for a reason. They have learned to adapt to the tech age and they know what they are doing. Their fees are not that high and when you are in a bind they get shit done in a timely manner.

So now after making sure I had accomodations for the rest of this week and finding a way to wire myself cash when I need it, I was finally able to breathe a bit and enjoy some of the festivities for one of my favorite times of the year! I have so many more photos but these will have to do for now. Besos from Oaxaca! 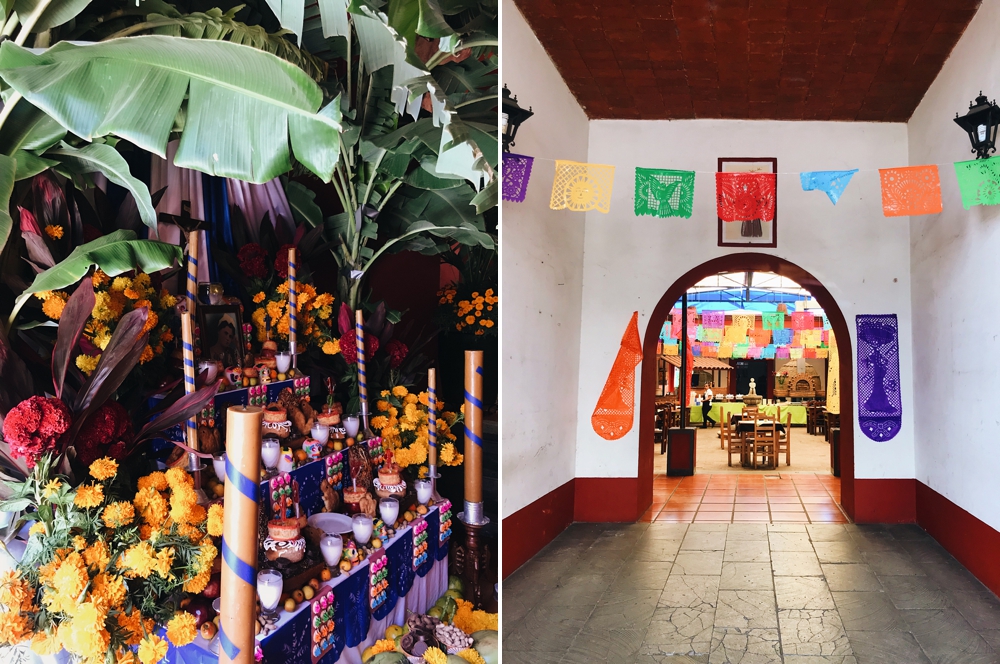 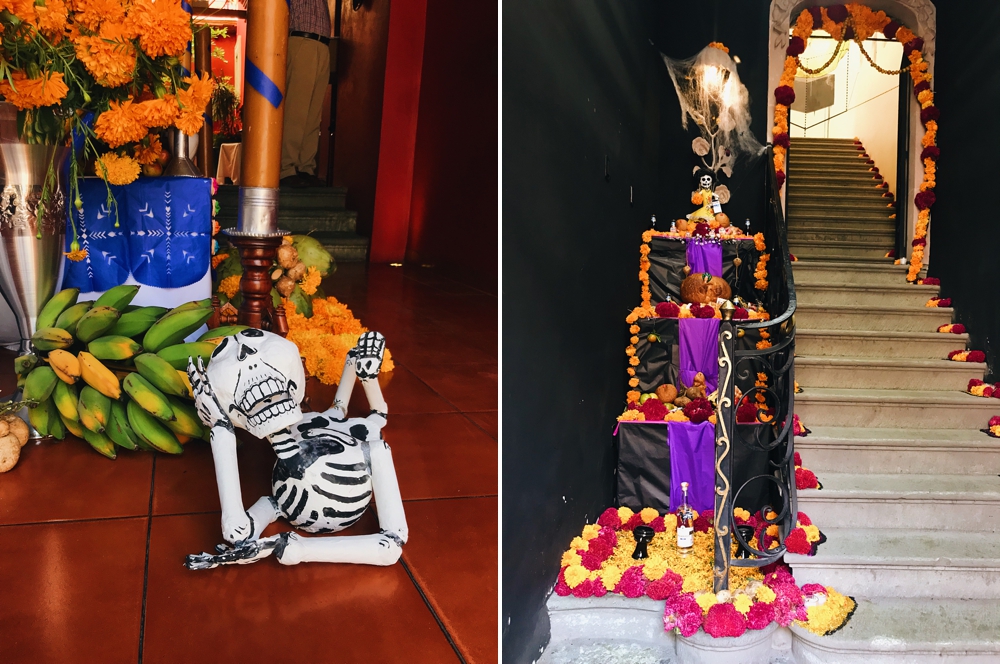 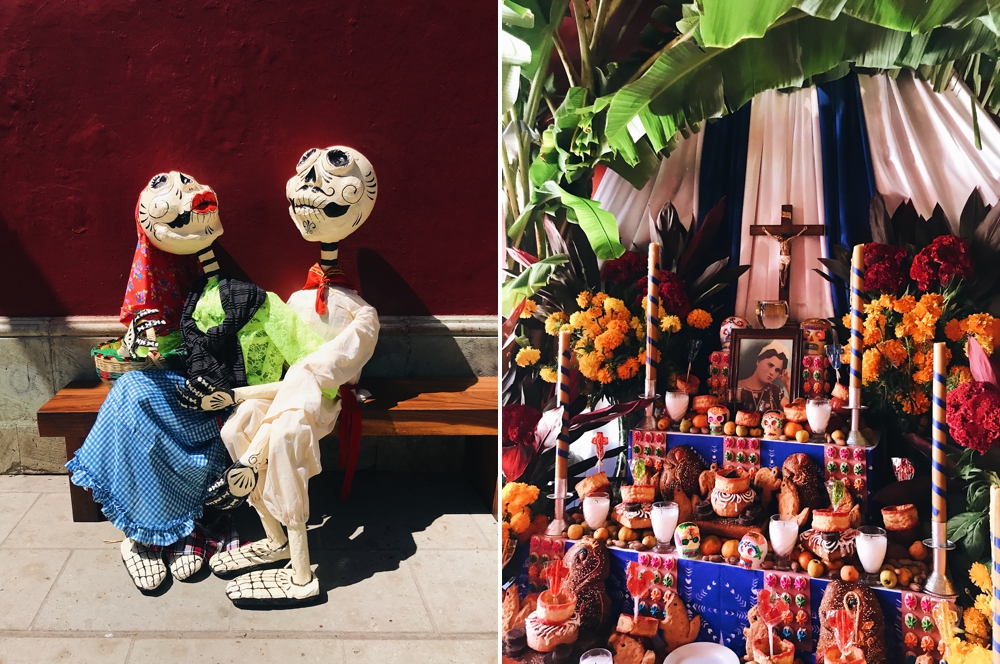 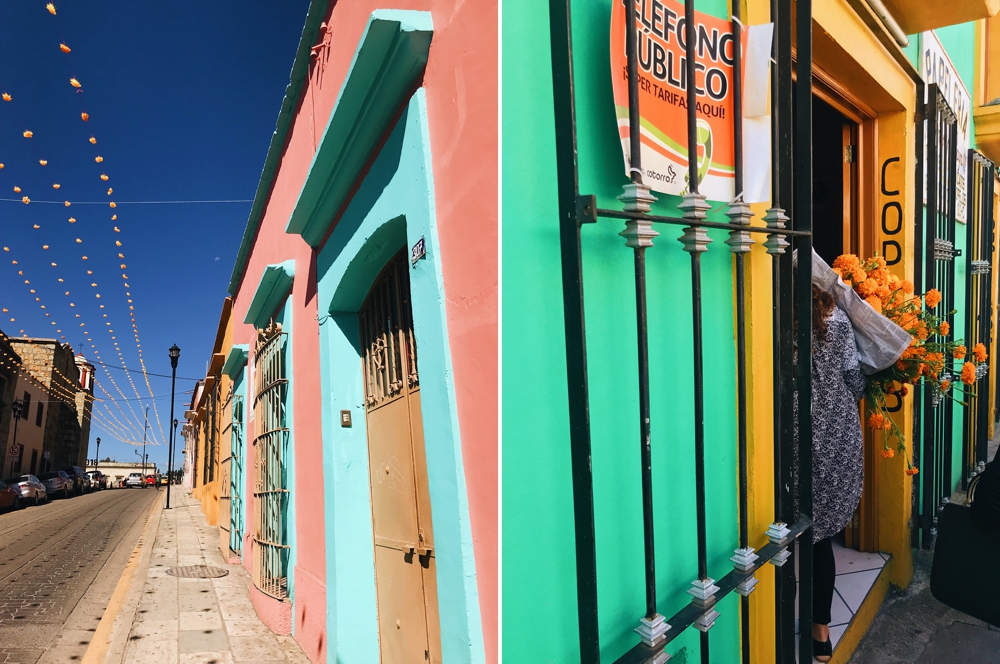 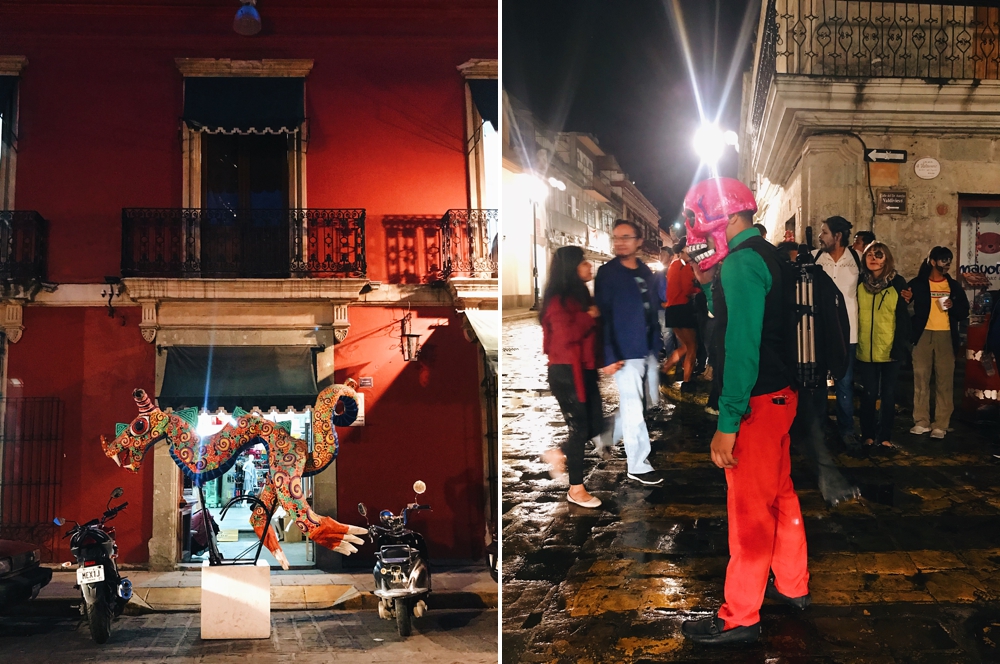 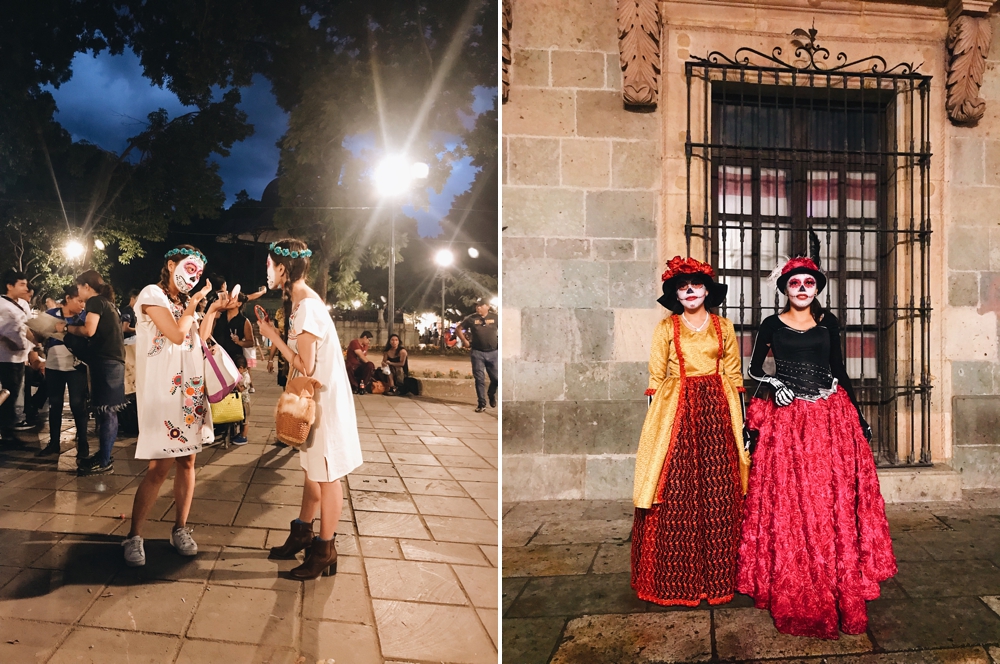 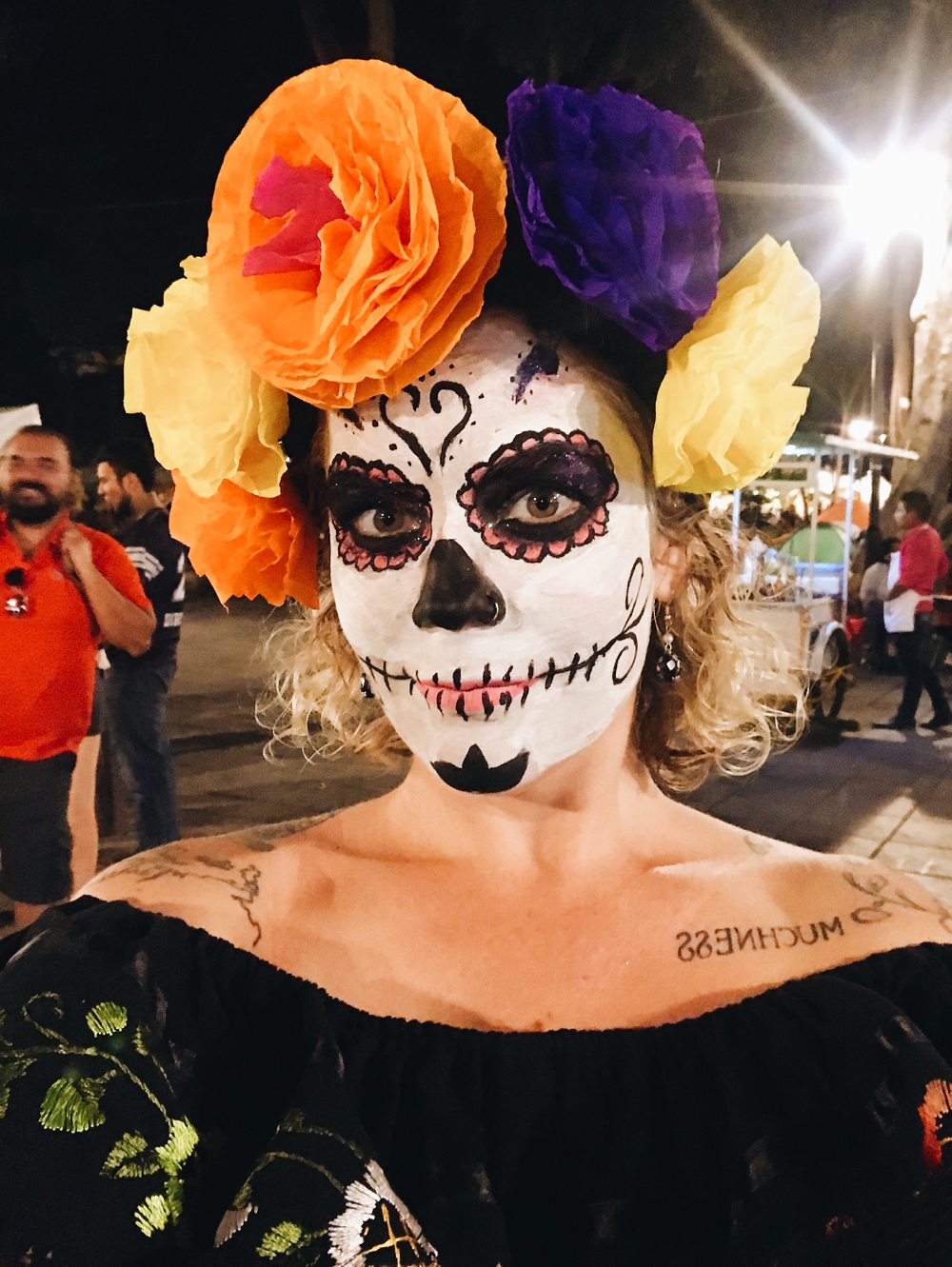 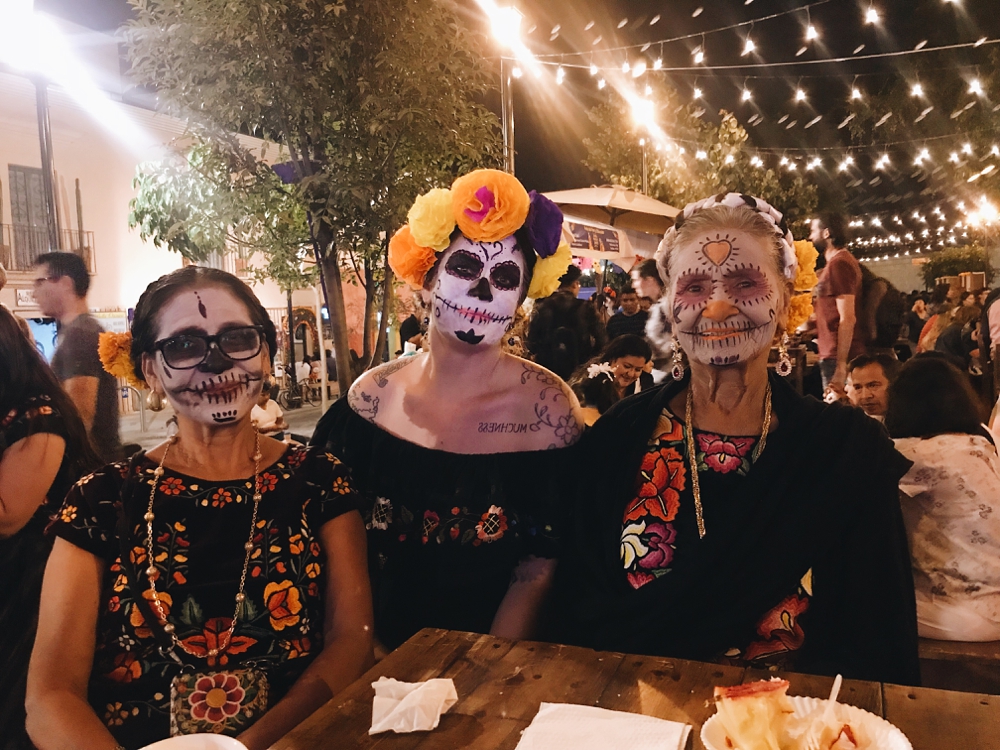 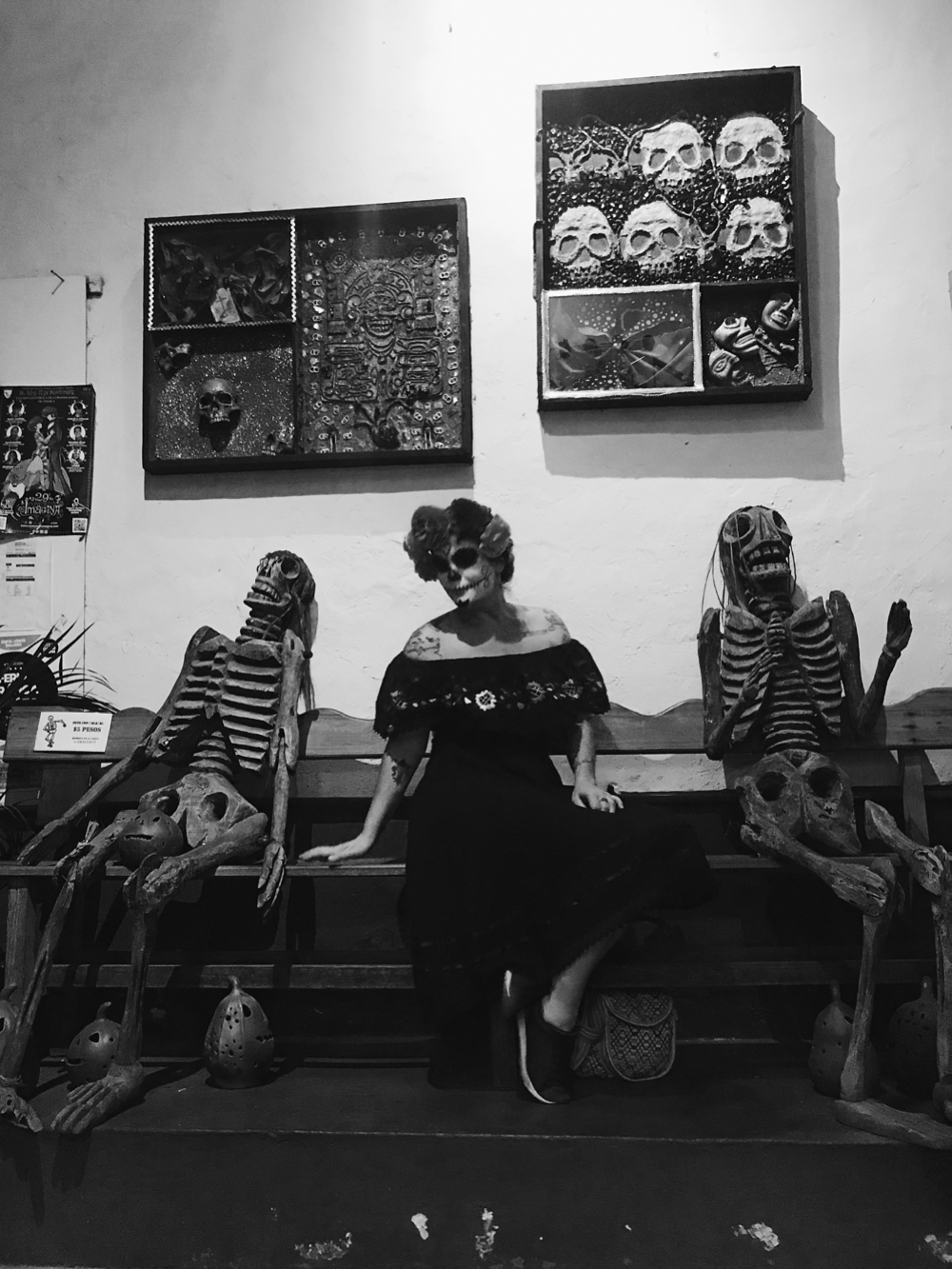 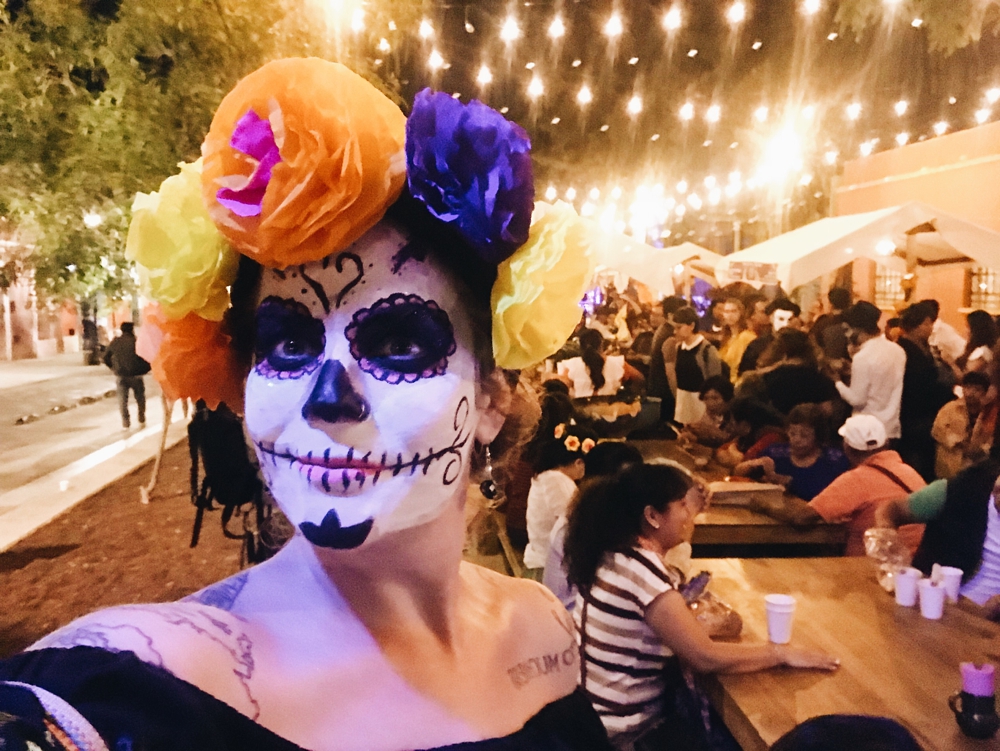 This website uses cookies to improve your experience while you navigate through the website. Out of these cookies, the cookies that are categorized as necessary are stored on your browser as they are essential for the working of basic functionalities of the website. We also use third-party cookies that help us analyze and understand how you use this website. These cookies will be stored in your browser only with your consent. You also have the option to opt-out of these cookies. But opting out of some of these cookies may have an effect on your browsing experience.
Necessary Always Enabled
Necessary cookies are absolutely essential for the website to function properly. This category only includes cookies that ensures basic functionalities and security features of the website. These cookies do not store any personal information.
Non-necessary
Any cookies that may not be particularly necessary for the website to function and is used specifically to collect user personal data via analytics, ads, other embedded contents are termed as non-necessary cookies. It is mandatory to procure user consent prior to running these cookies on your website.
SAVE & ACCEPT
15 shares
Scroll To Top