Medellín, Colombia has a long and very rough history that leaves many today still afraid to travel to this amazing city and county! While I am by no means an authority on the matter I will try to give a brief history of this community and share some of the amazing photos and my personal experiences on this amazing tour from Free Tour. 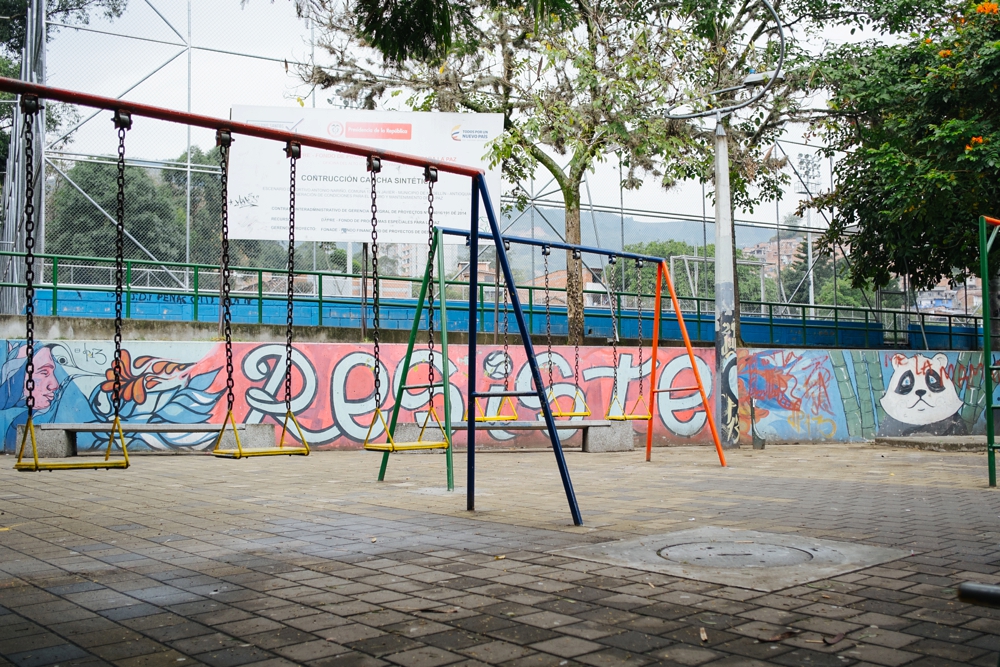 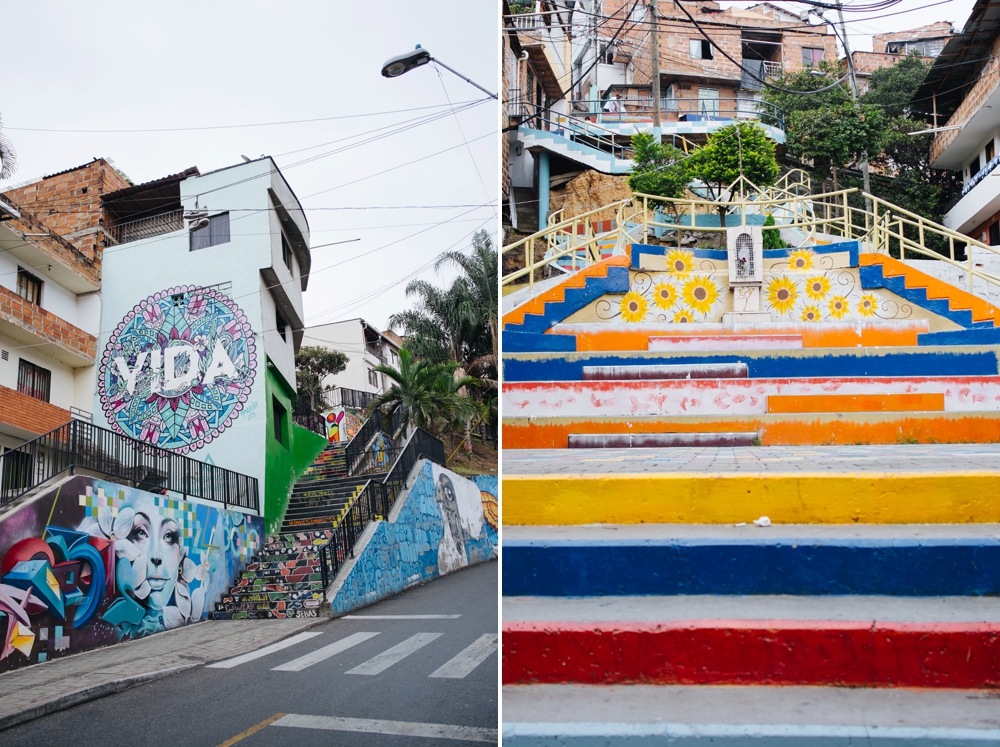 Most people who payed any sort of attention to the news in the 90’s was aware of Medellín, Colombia and the violence that was present there. Once the most dangerous community, Comuna 13 in Medellín, Colombia was home to some of the worst atrocities and highest homicide rates in the 90’s and 2000’s. Displaced families and lack of police presence lead to an open door for the guerrillas, paramilitary and gangs to essentially fight over this whole neighborhood as it was prime location for drug activity and accessibility. 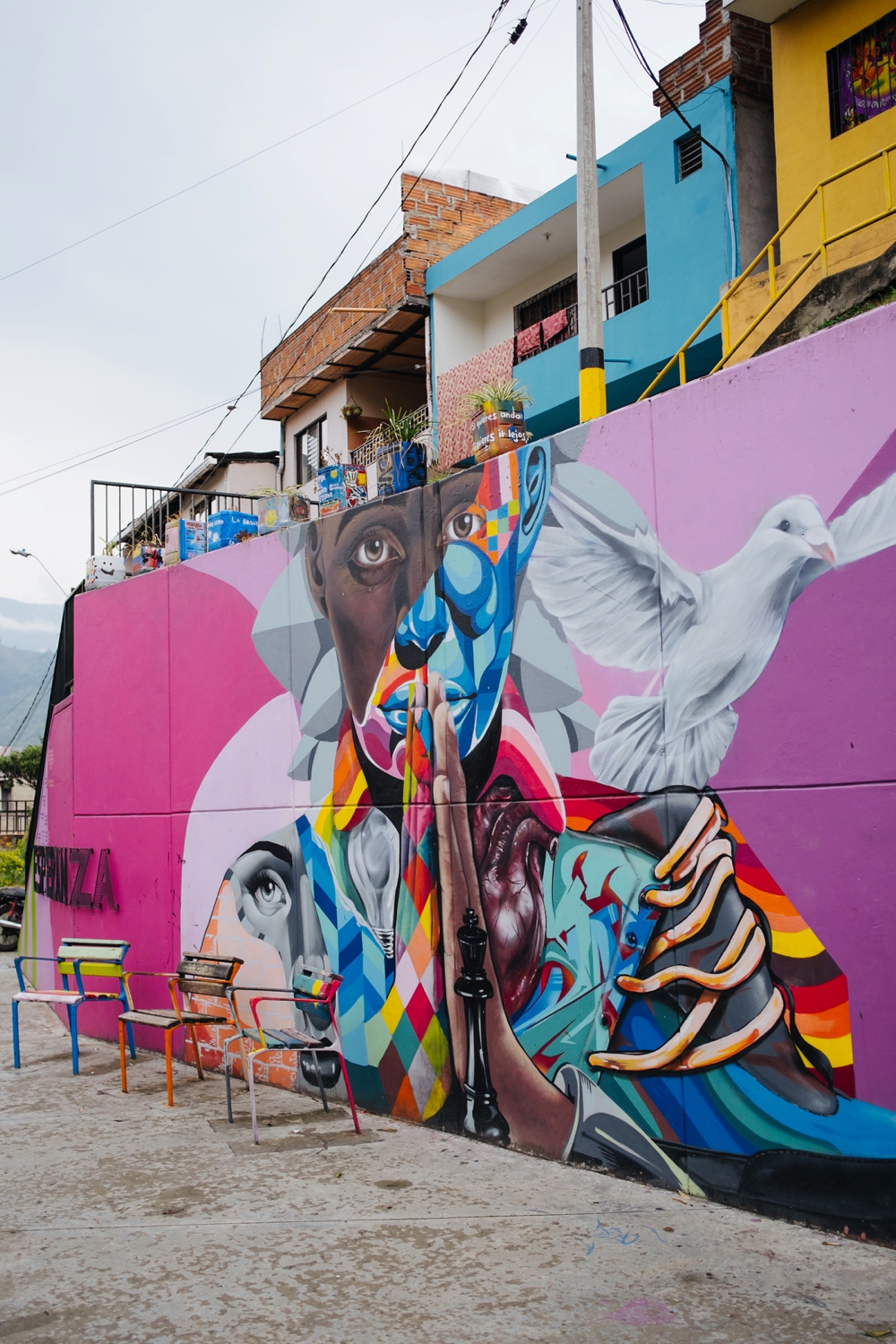 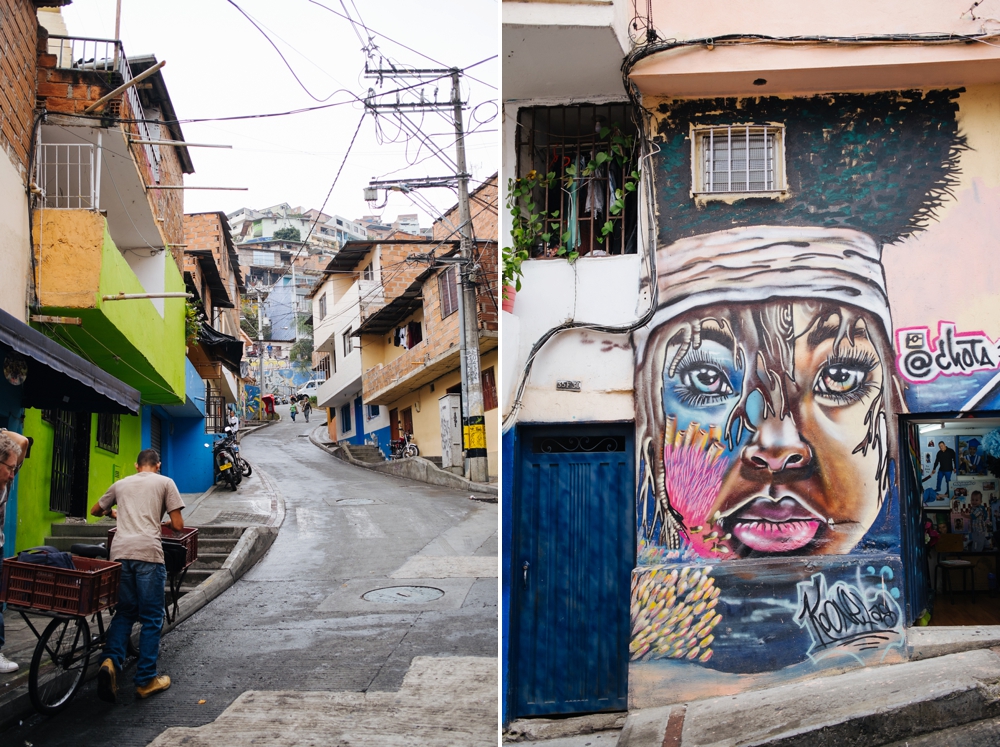 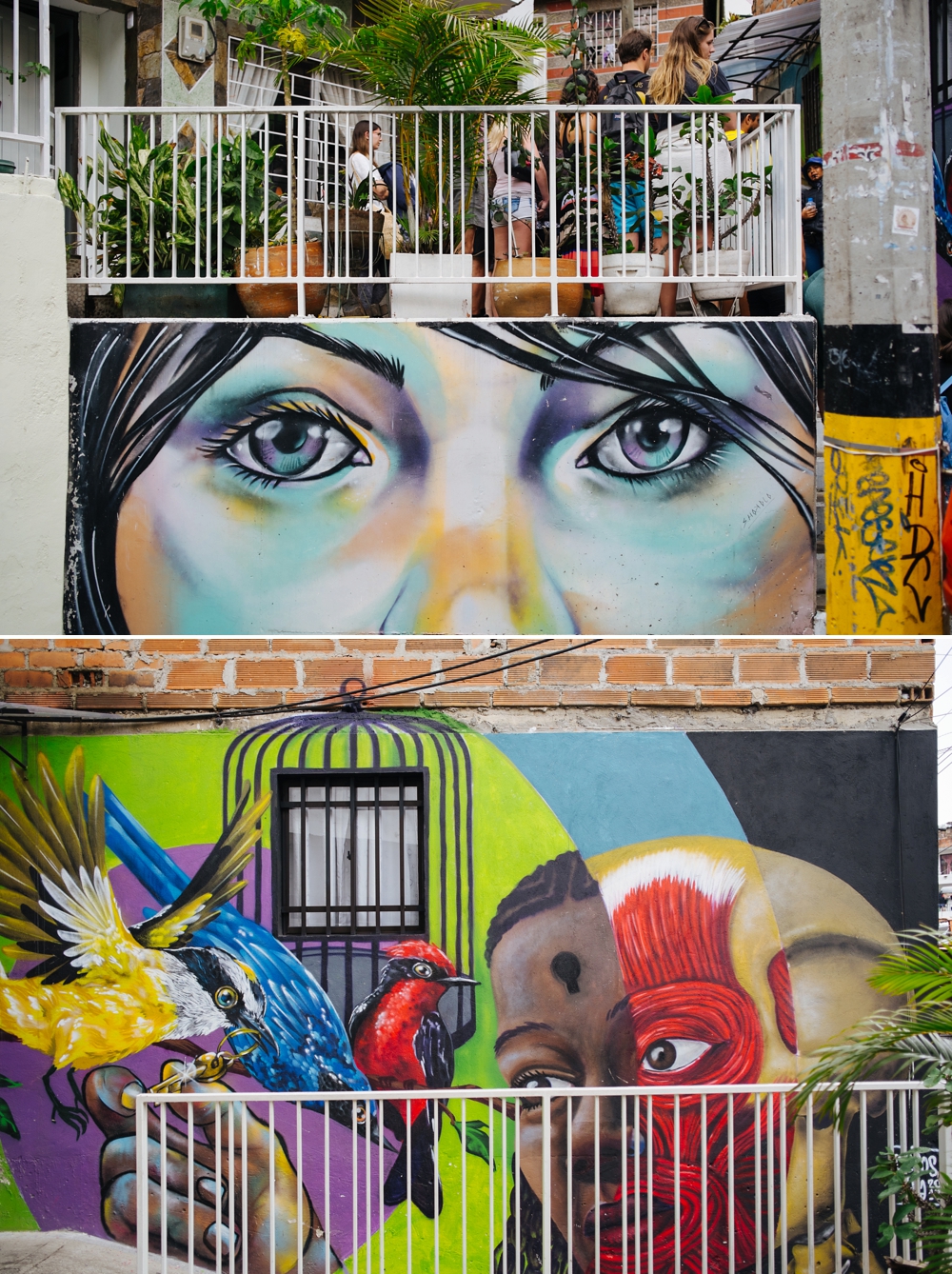 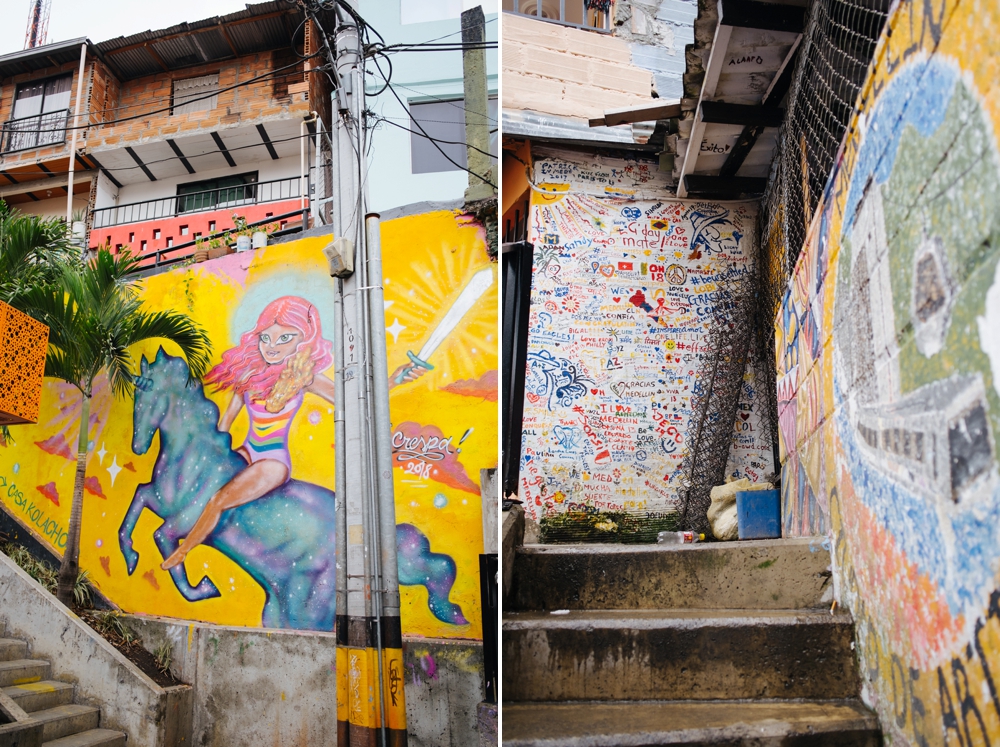 Since then this community has changed drastically and there are several things to credit for this change, some great and some not so great. We joined a free walking tour of this community to understand the history behind it and the changes since. In the 80’s and 90’s the community was primarily controlled by drug lords, Pablo Escobar to be specific despite his death in 1993, his grip was strong. 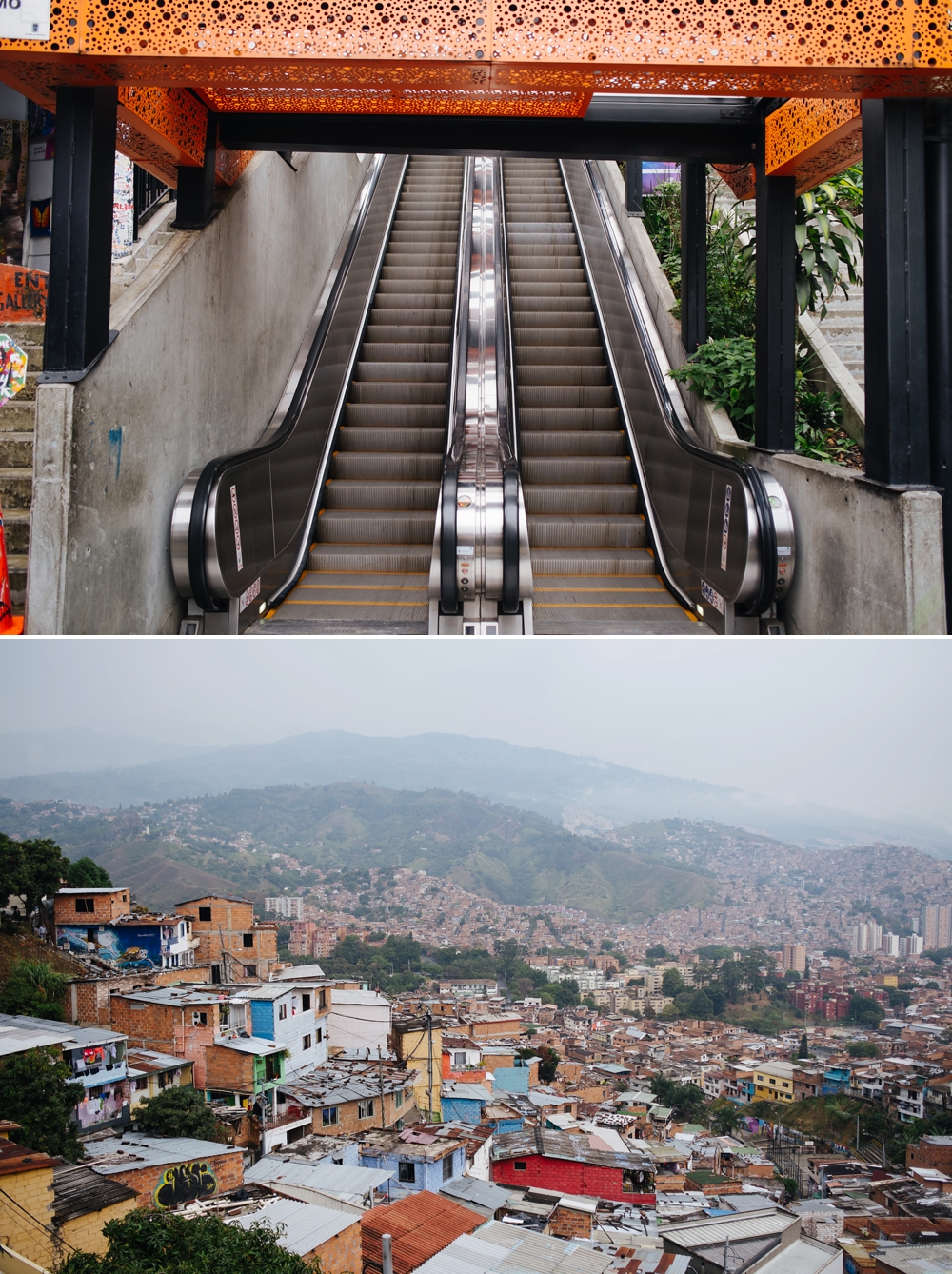 In the early 2000’s there were several military operations that were implemented however two of them stood out amongst the rest. The first was Mariscal, in which was a disaster as several people were killed and all of them were civilians. A woman had two sons who were injured and out of desperation she waved a white sheet out her window begging to take her sons to the hospital. In solidarity, her neighbors joined by doing the same and in less than 30 minutes the whole neighborhood had joined and the operation thus ended. 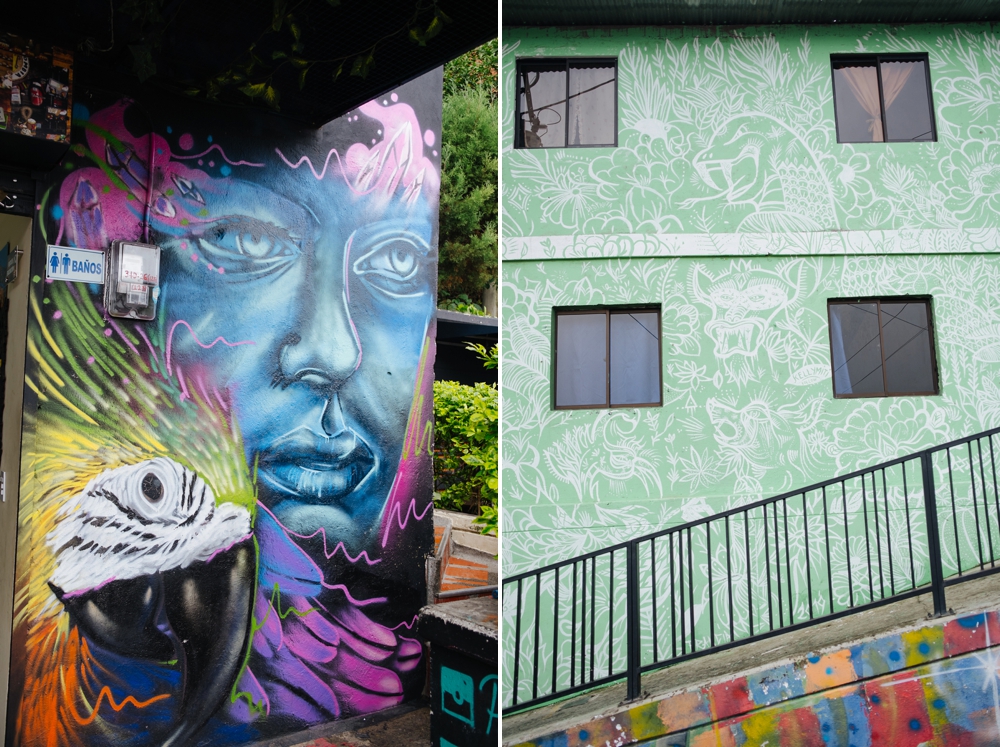 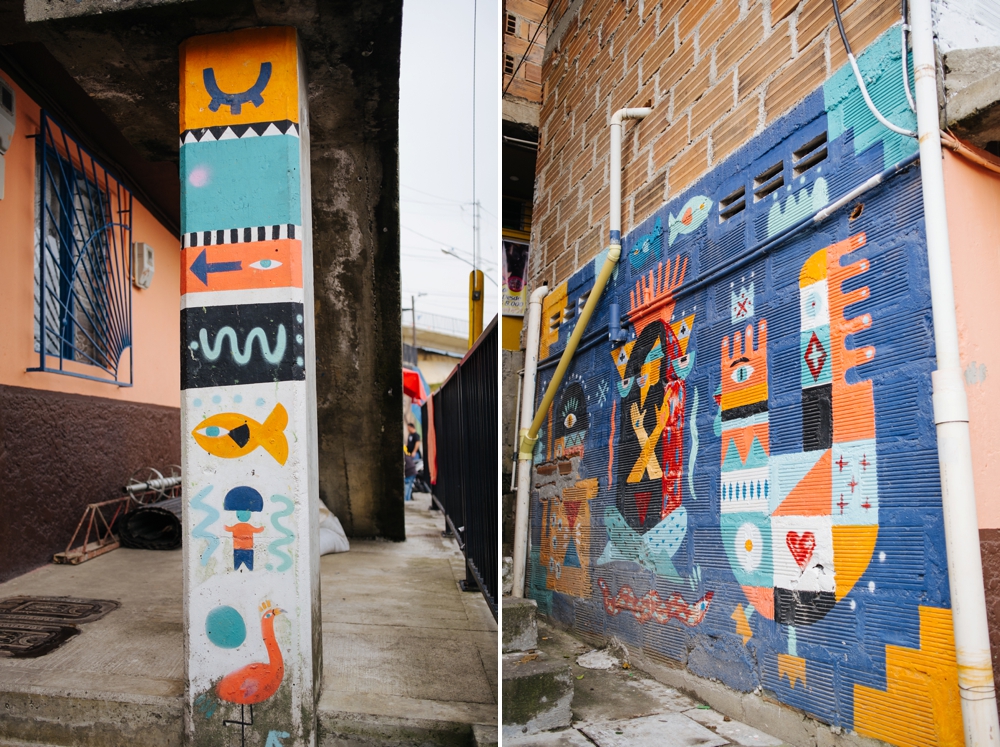 The second was Orión in October of the same year. It lasted for 3 days killing 3 civilians, 10 rebels, 2 soldiers and 1 police officer. The theory is that the police partnered with the paramilitary but nothing was ever confirmed. The community also believe there were many more deaths unrecorded. Once this ended the Paramilitary took control of this community. They became the “police, judge, jury and executioners,” in the community. During this time many many people just disappeared and were allegedly buried in a garbage dump. 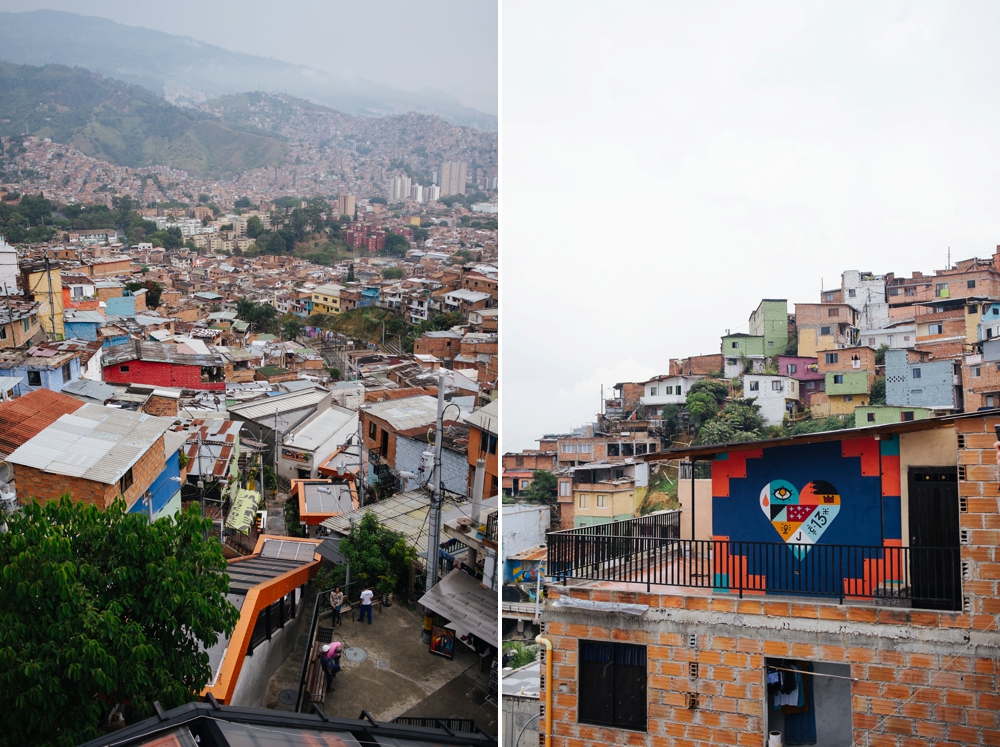 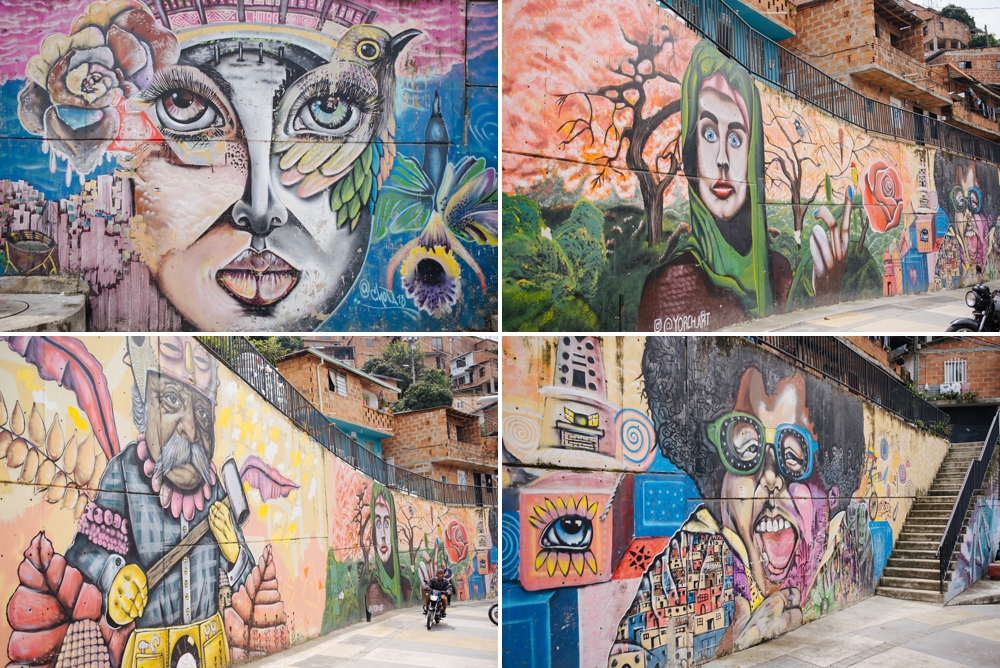 The community had lived through disaster after disaster and our guide on the tour had told us her own personal stories of horror growing up in this community. Her friends disappearing and always making sure her family had an escape route. Listening to her tell her story, I sat there with tears in my eyes as my heart broke for the pain and anguish this community had gone through. 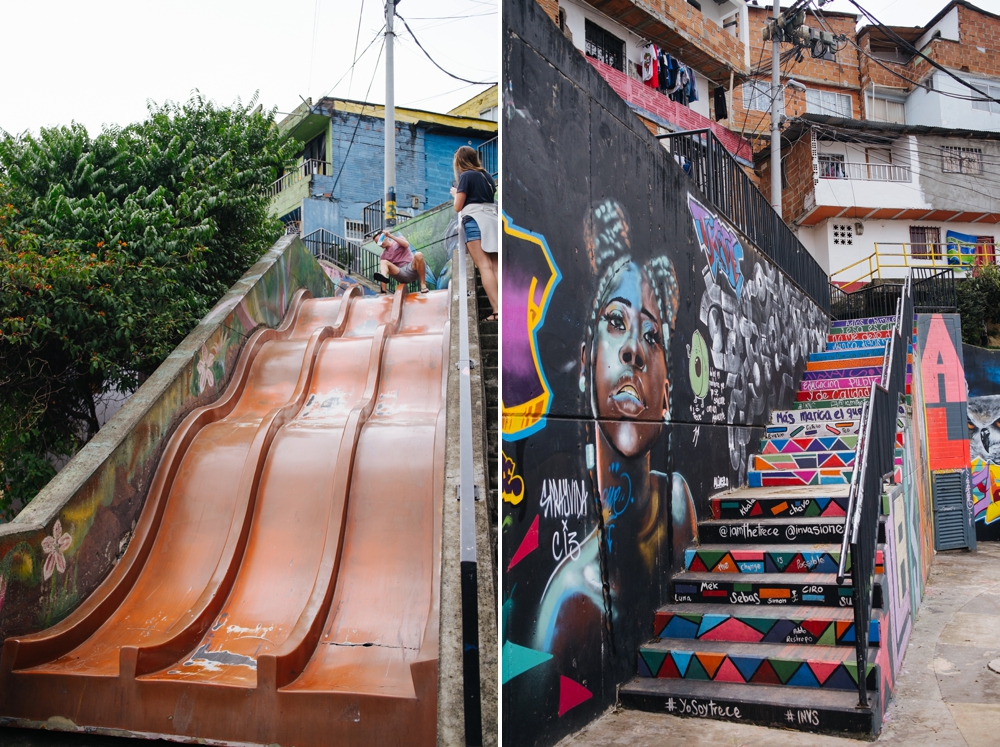 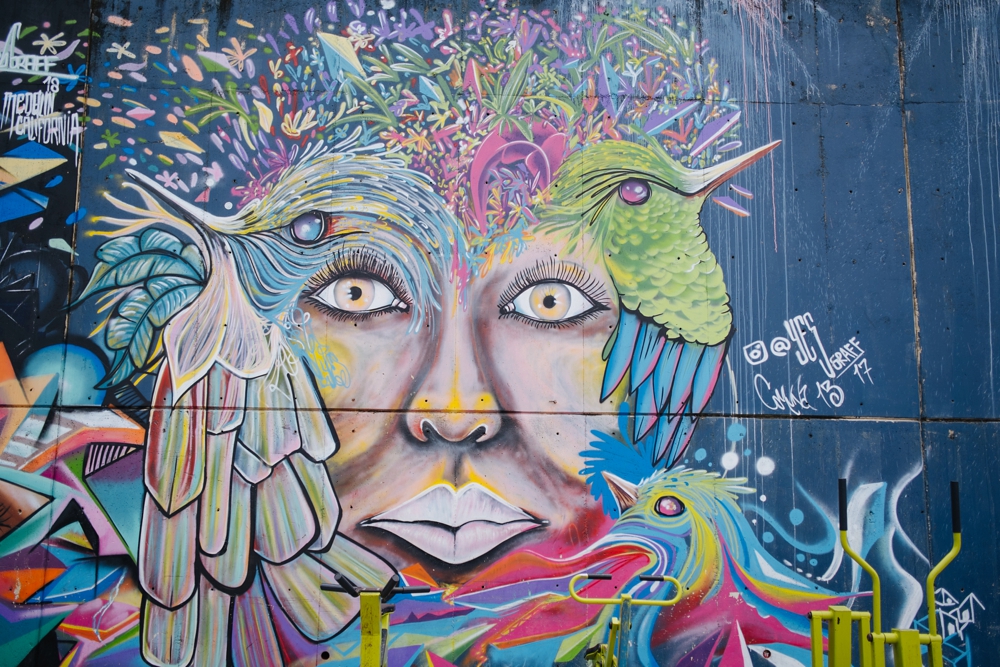 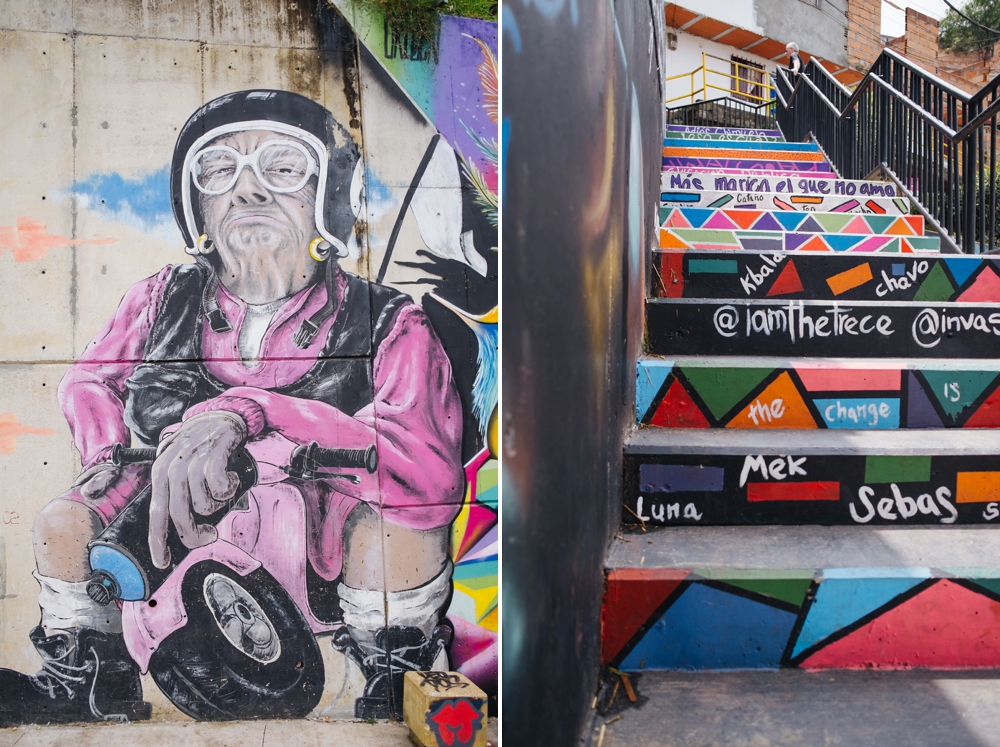 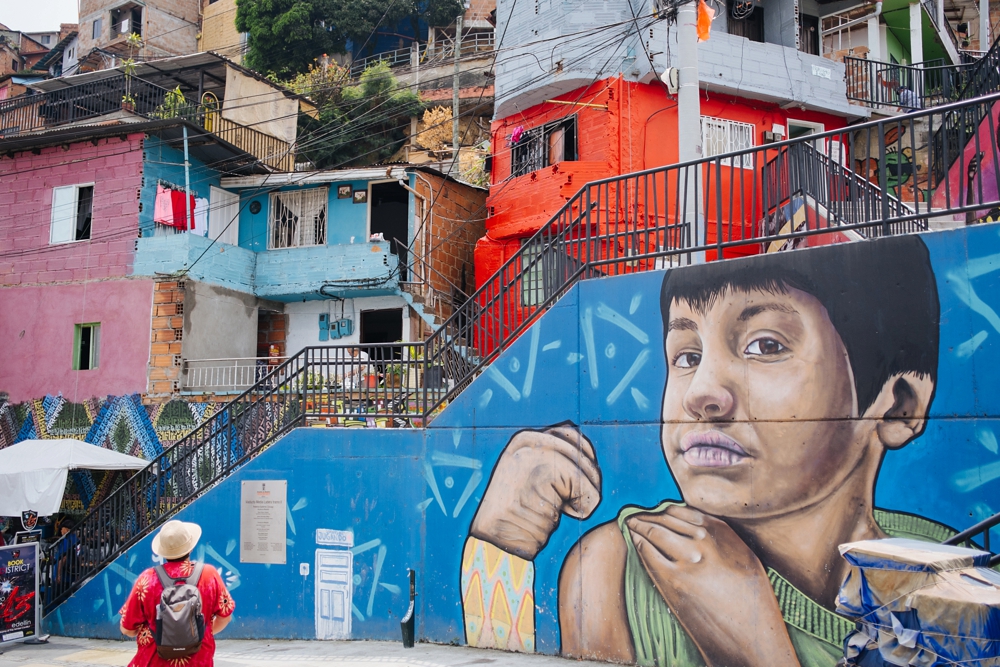 Finally in 2006 the new mayor decided to show this community some lover after years of neglect and invested in a cable car system to incorporate this community more in Medellín. Then in another step to improve this community the escalators were built in 2011 to make this place more accessible and an easier climb for the locals who would normally have to climb around 350 stairs every day. 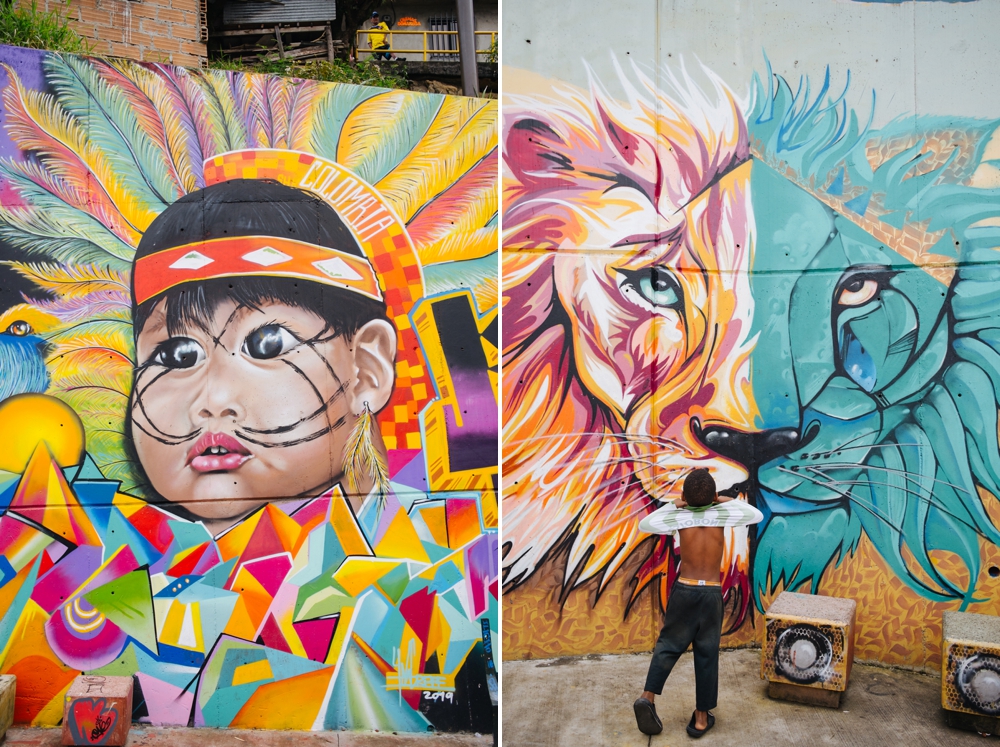 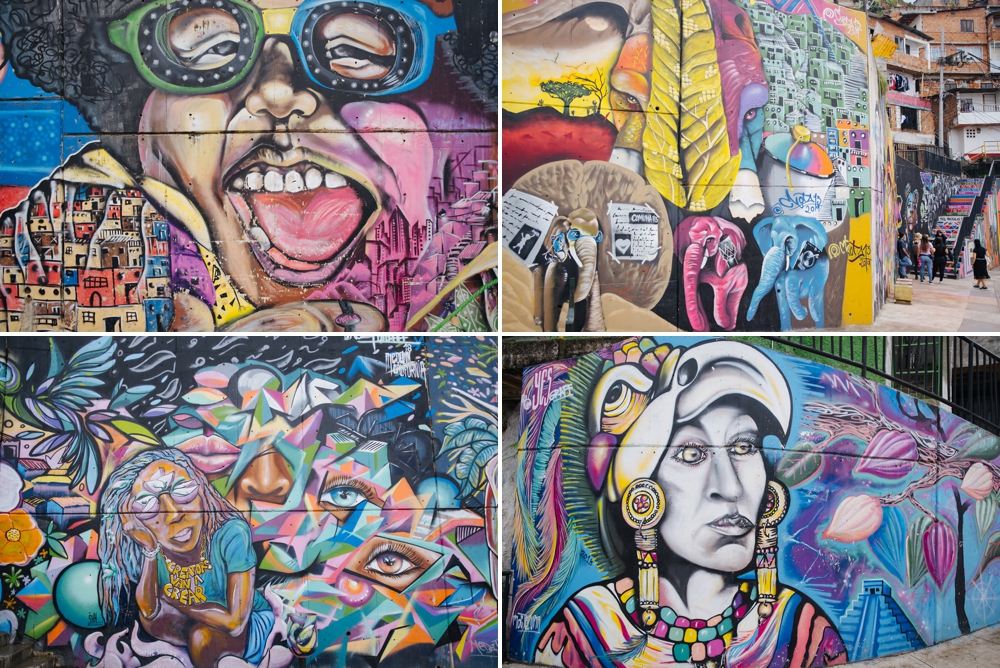 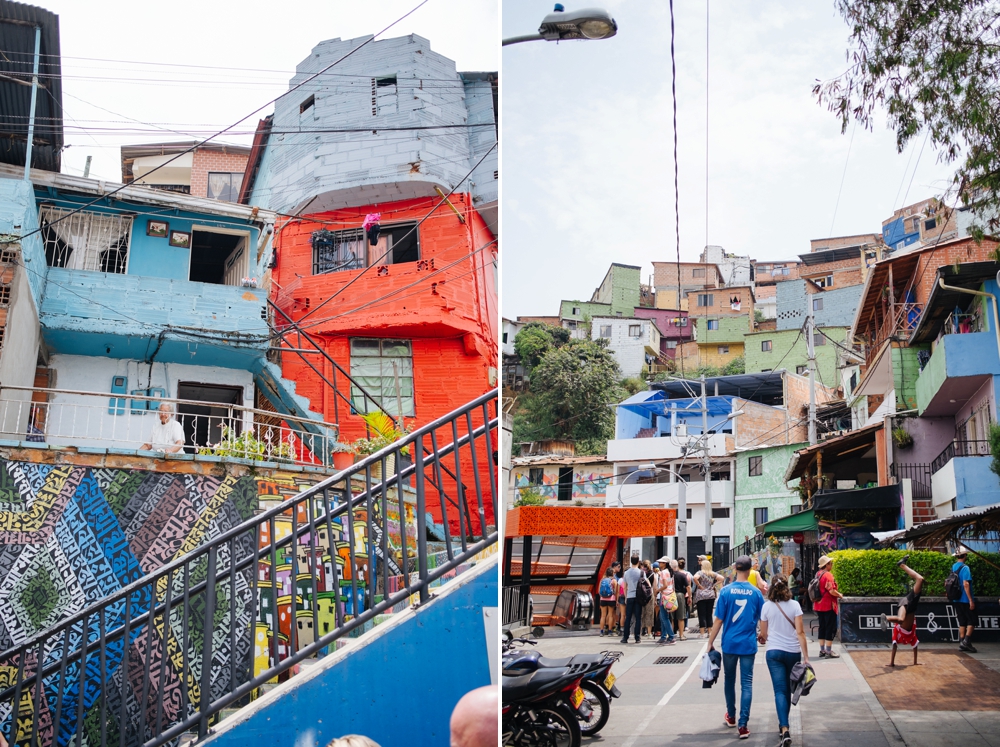 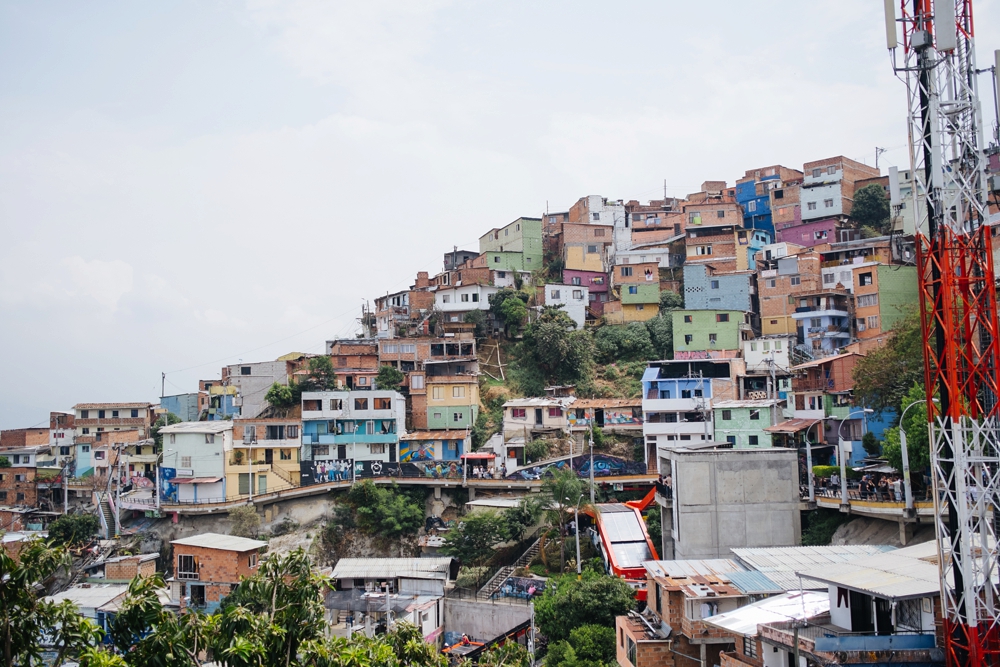 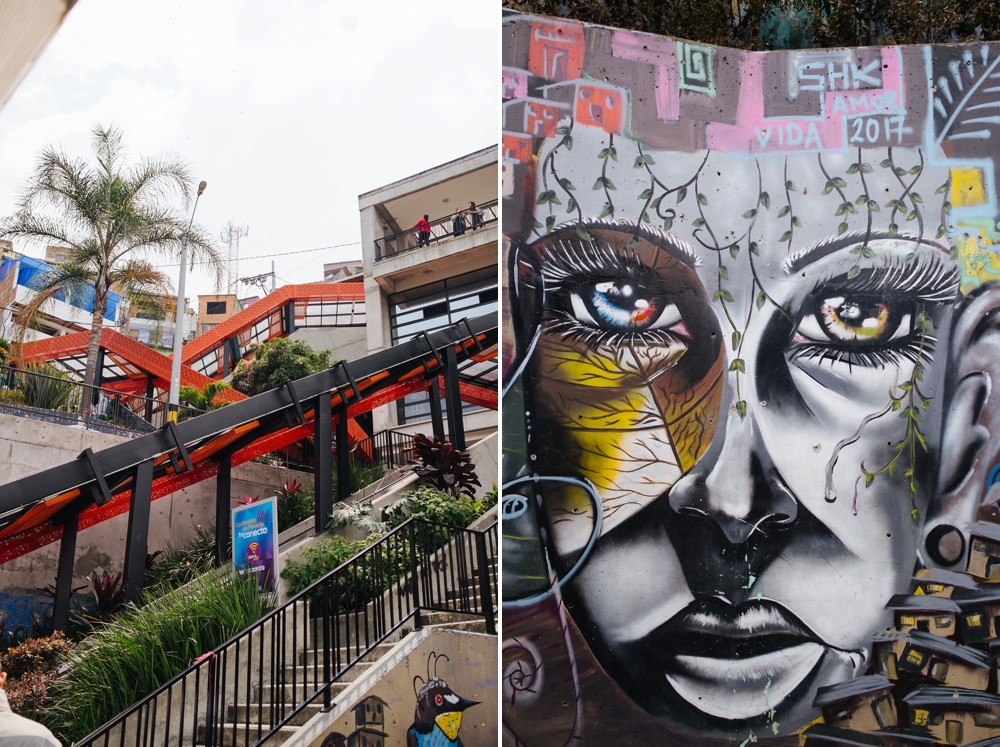 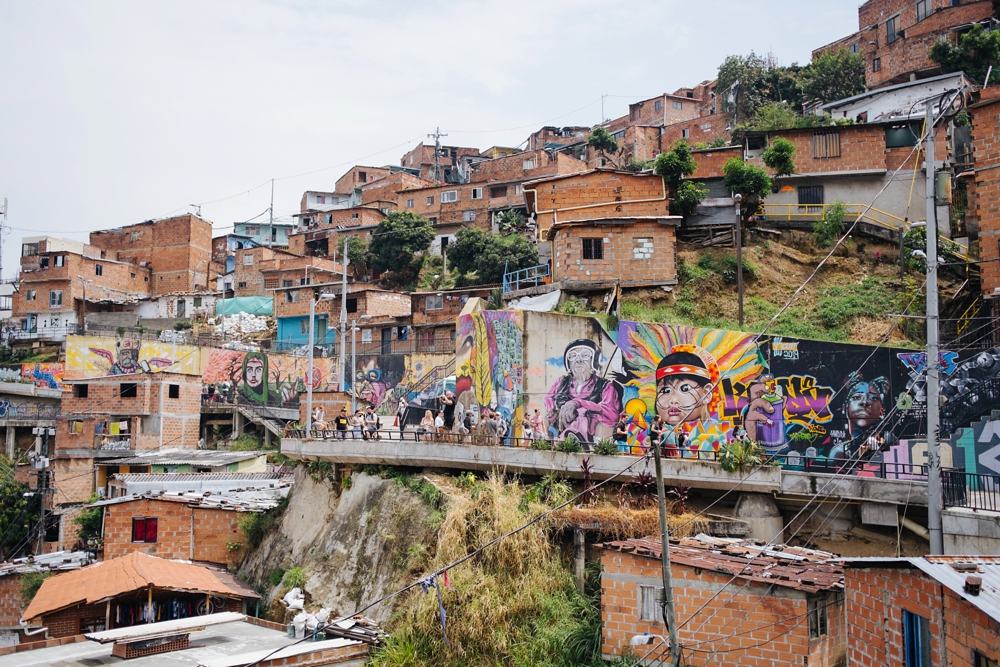 This community has embraced art and beauty in such a way that it is impossible to visit and not be moved. The people are warm and welcoming and strong and resilient. They are proud of what they have survived and a resounding theme that they wanted everyone to know out in the world was how their community has changed and they have their arms wide open to visitors and tourist from all across the world. There is no way I could begin to describe how much this place moved me. I cannot recommend people to visit here enough. Do it! You won’t regret it and you will more than likely walk away changed for the better.

I also wanted to add a note with the photos below. Sometimes you just happen to be a place at what seems to be the right time. There is sometimes what seems to be a glamorization of the drug lord from Colombia, that everyone knows. However it is so important to remember the true and present danger he presented to so many people. We were here to witness as the city was demolishing one of his main buildings. So many people gathered along this fence and waited and waited. We all waited over an hour. It happened and some people cheered and others just stood watching. The air was heavy as one by one people wandering away to go about their everyday lives. 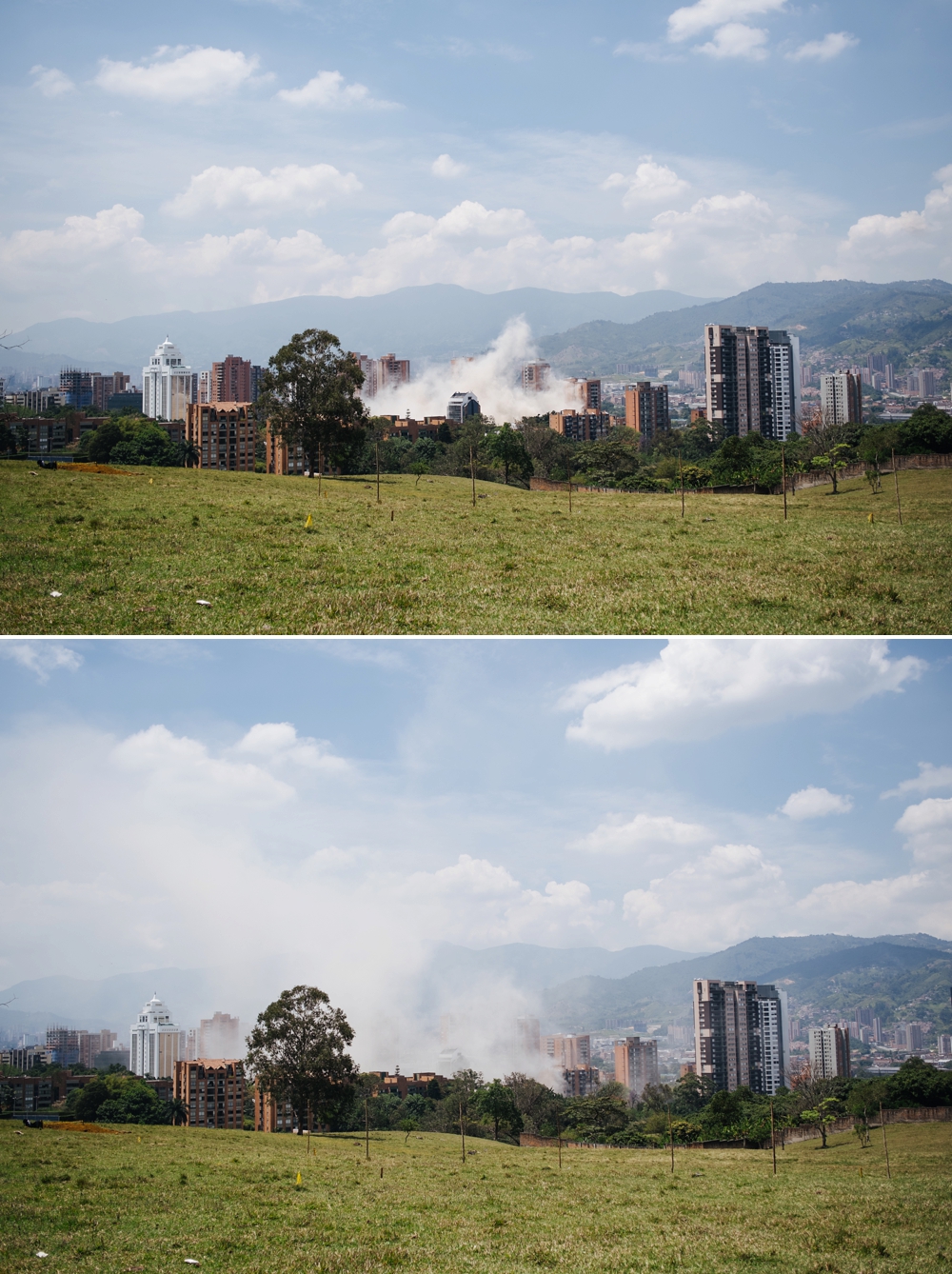