Medellín, Colombia was one of the cities I had been looking forward to visit the most in Colombia. Depending on your age or where you are from you may be unaware of the history of the city. This city has lived through some of the worst atrocities and has found a way to survive and not just survive but also to thrive. This city is now one of the most diverse and innovative cities in the world. The people have hope and warmth in their hearts and without a doubt this city captured mine.

It’s hard to give a simple overview of this city without going into more detail but I will have a separate blog post about Communa 13 specifically and briefly talk about the history of this neighborhood and city itself. I am by no means an expert after having visited this city once but the story is powerful and the city is doing a lot even today to change the reputation of Medellin. 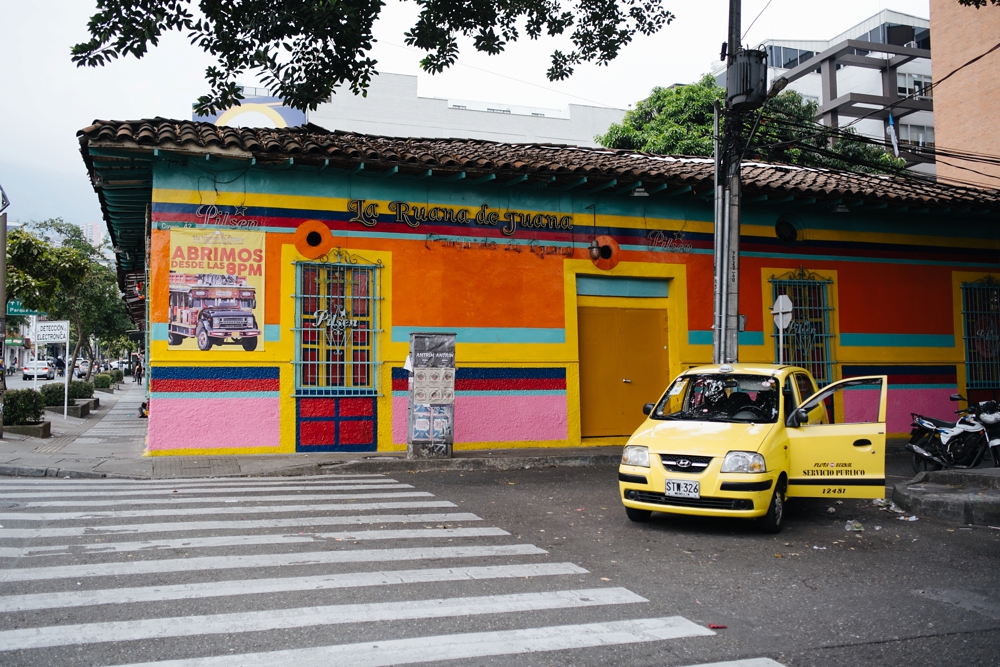 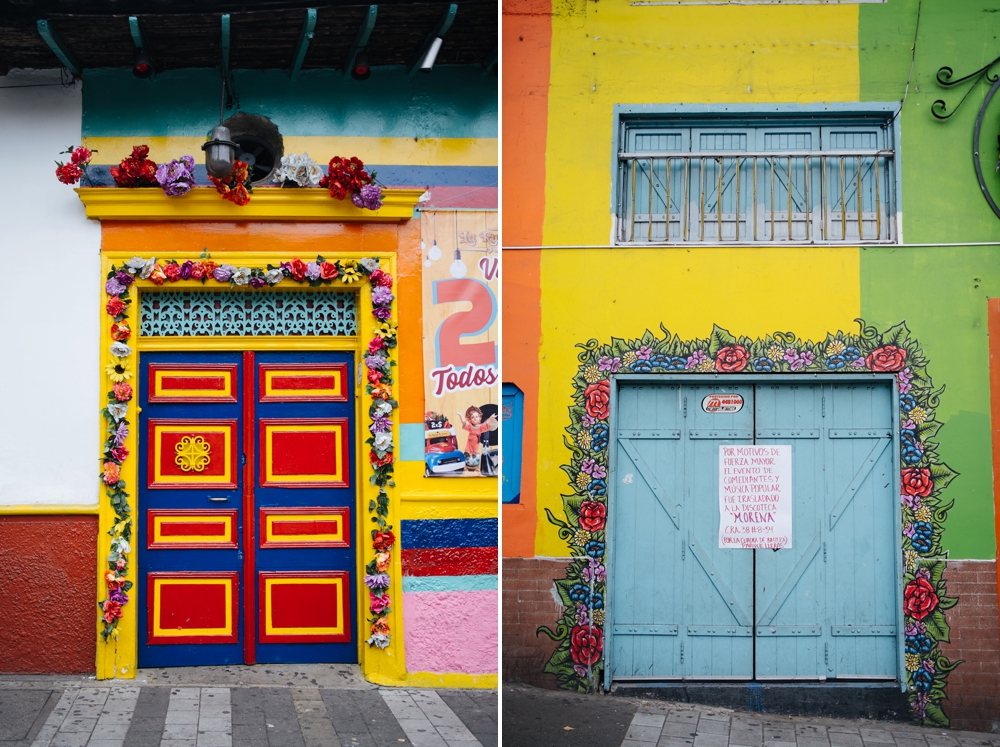 Medellin has a population of around 3 million people, not including outlaying towns, making it Colombia’s second largest city. There is so much to do and see here and we only had a week to experience it all. I will be returning to Medellin at some point without a doubt. We stayed in the Poblado district which is basically where you’ll see most of the tourists stay but also for good reason. The hostels in this area are abundant and the restaurants are delicious. I would recommend staying a bit closer to the Poblado metro station for easy access although the whole neighborhood is pretty much walkable. (Near the Poblado metro station there is a man selling mini churros! Buy a whole bag for less than 5000 pesos $1.50 Amazing and so delicious!) 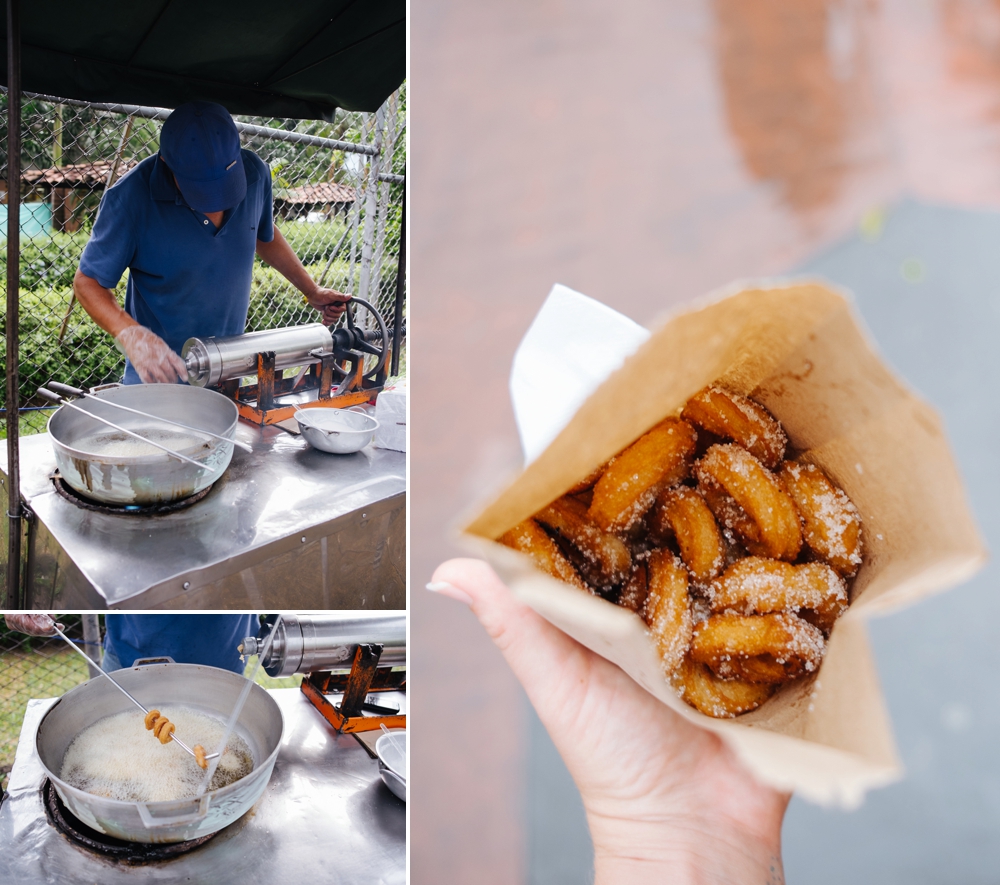 There aren’t many tours that I enjoy but seeing as this city has so much history I knew I wanted to sign up for the free walking tour through Real City Tours. We took the metro and walked around learning a lot of history about the city and the people.

If you take the metro to can get off at Alpujarra stop and walk towards the San Antonio stop/area and you will have plenty to see along the way. The Park Plaza Cisneros is a spare full of light up structures and unfortunately I didn’t make it at night but it was just as beautiful during the day.

Near Botero Plaza there are a places to try some delicious snacks, Bunuelos and Empanadas are a must! Greasy, cheesy, flavorful and delicious! Chase your yummy snacks with a cup of fresh juice from one of the nearby vendors. 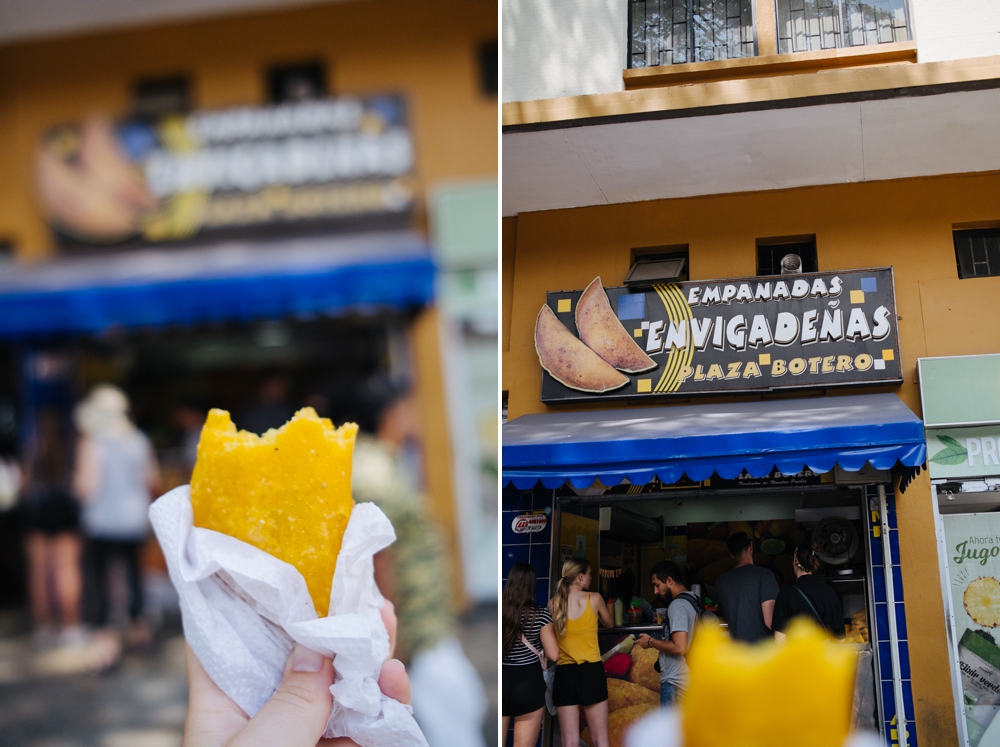 While you are enjoying your snacks you can wander around the plaza admiring the famous Botero statues and the checkered church in the middle of the plaza. 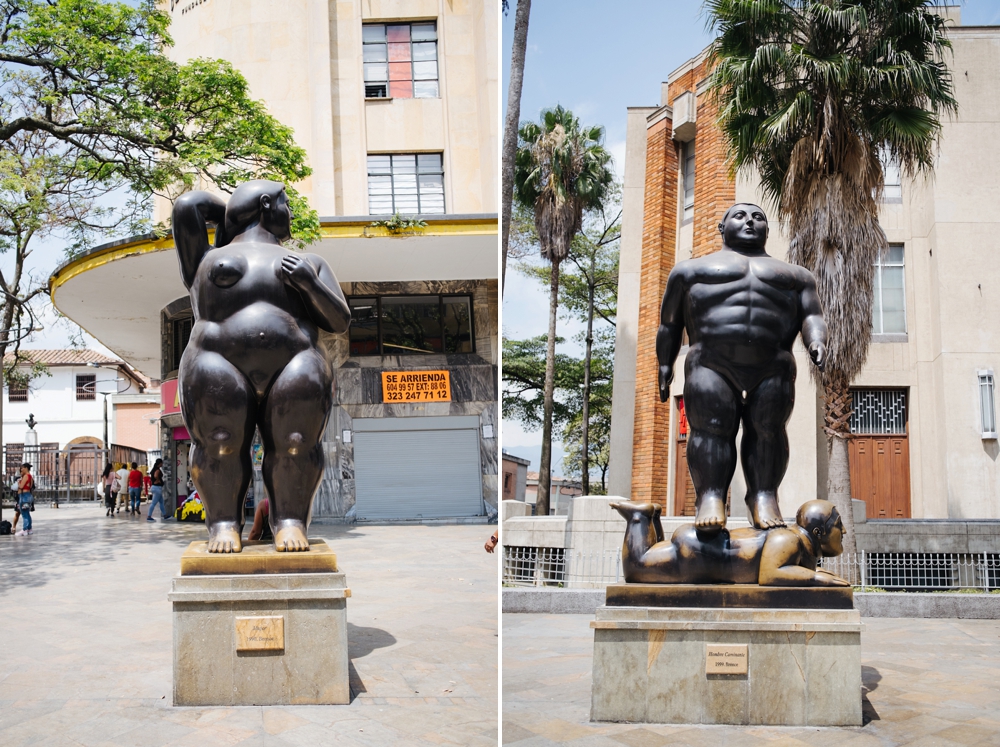 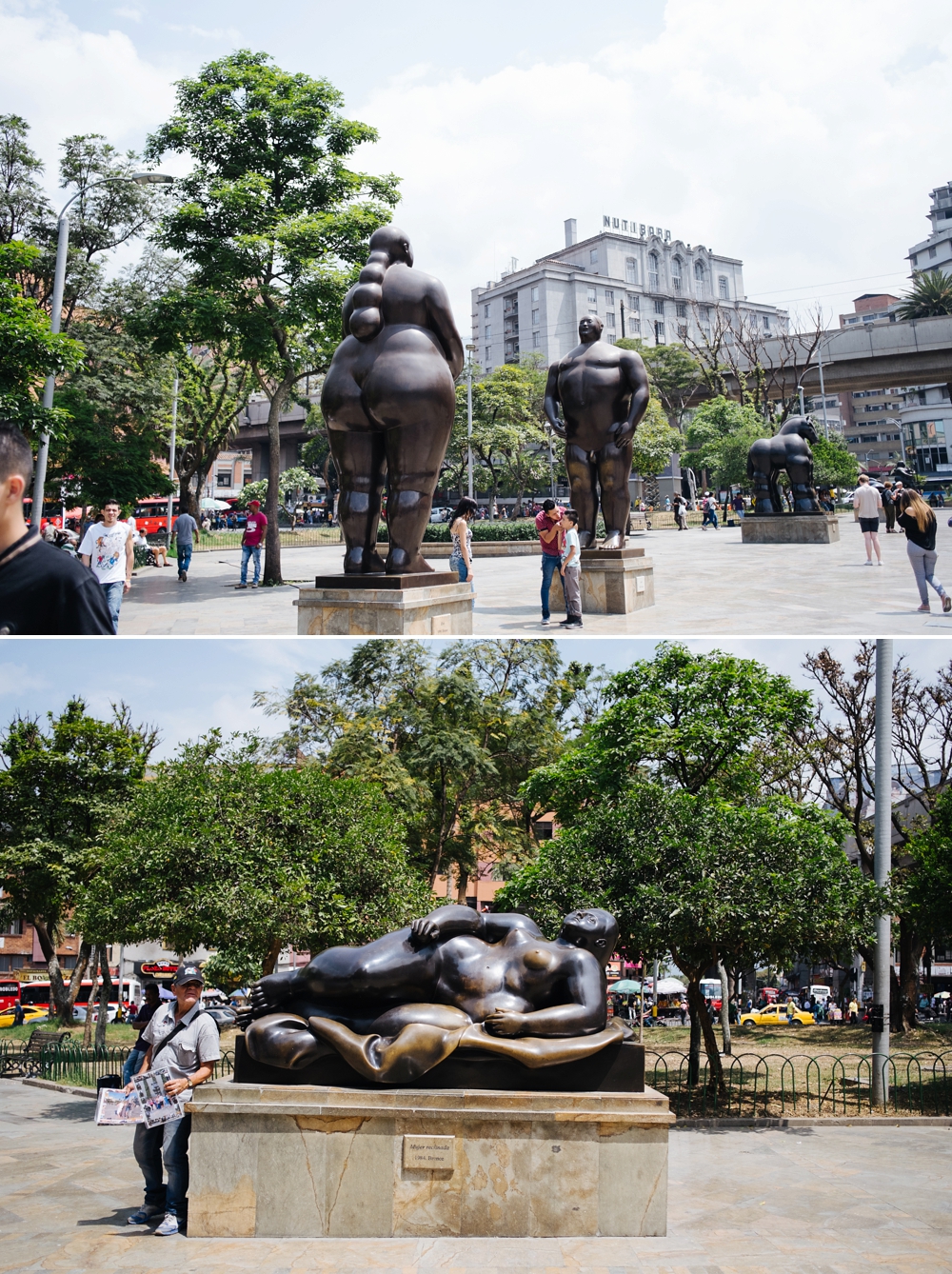 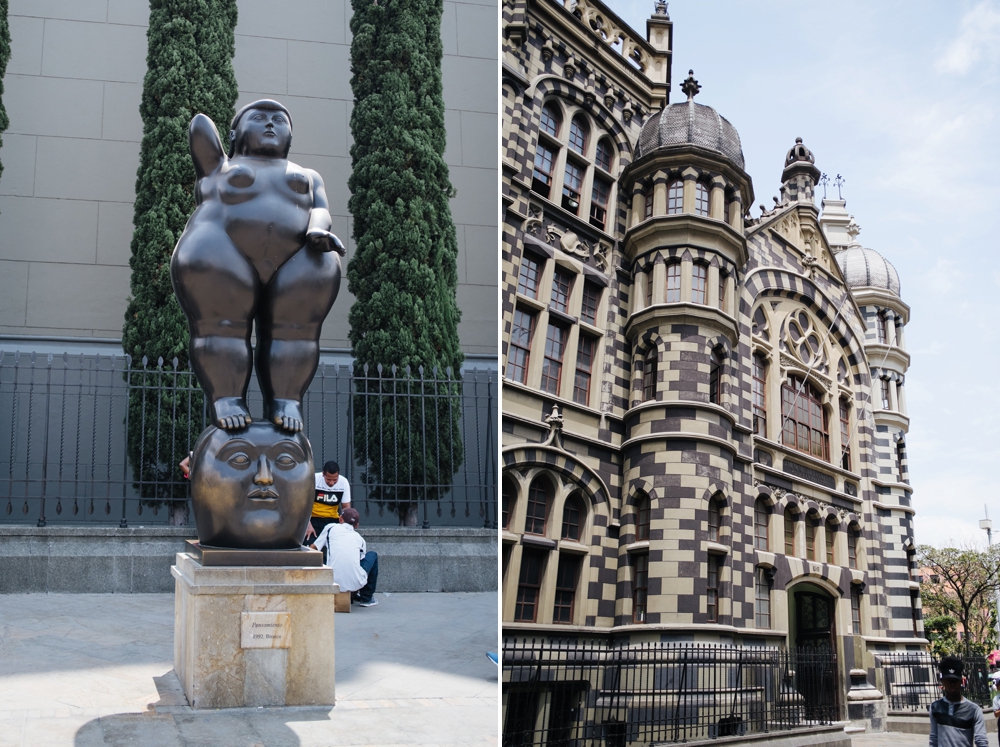 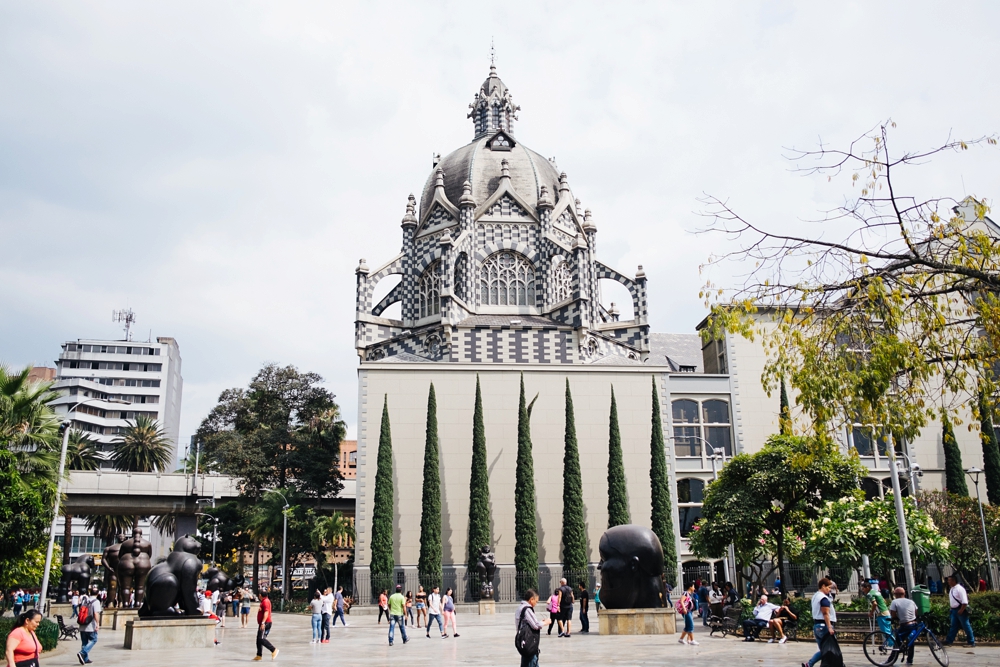 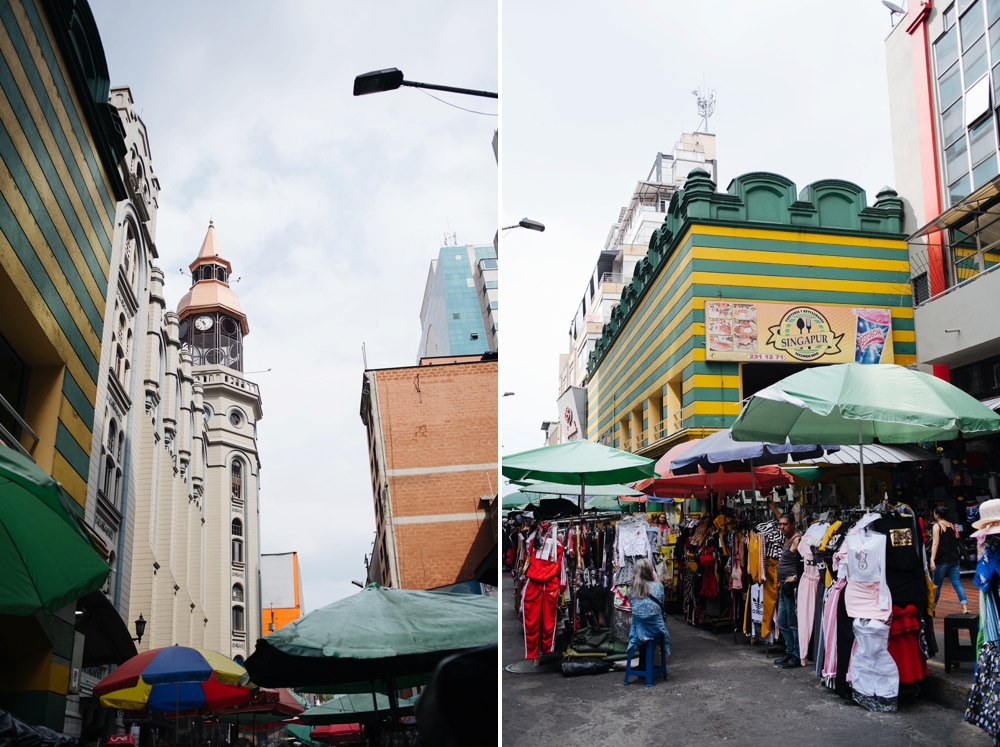 If you continue heading around towards the San Antonio metro station there is a spot where the local older gentlemen will come and play their music and people will just gather to listen and enjoy themselves. I really struggled to peel myself away but I was told that they gather there most days. 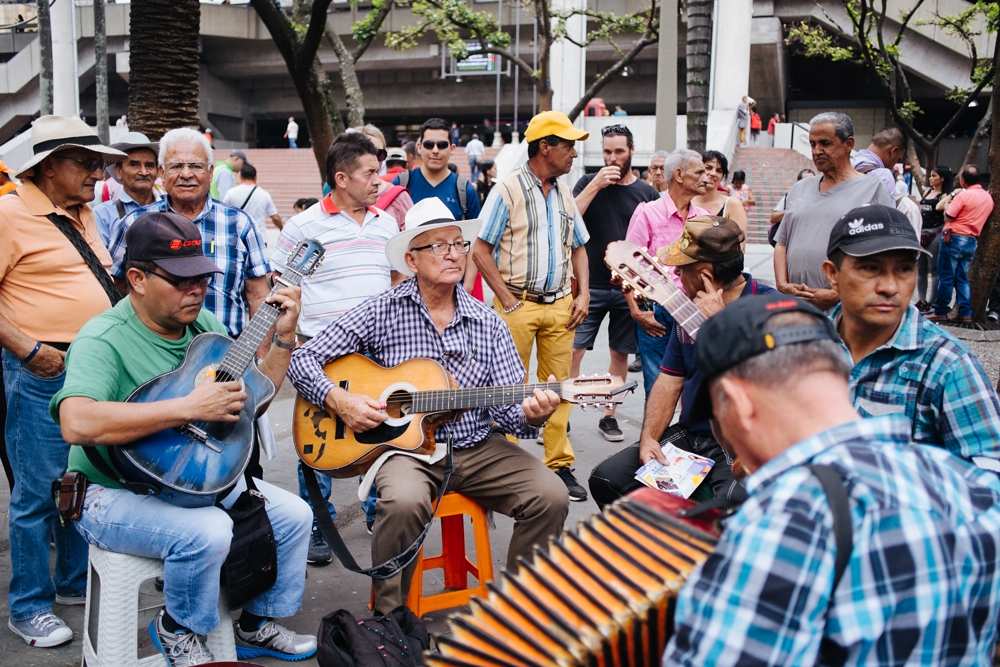 Not but a few minutes from the San Antonio metro station there is San Antonio Park. This park has a rough history as well and the two Botero Bird statues stand as a reminder. In 1955 a FARC bomb was detonated in the square underneath the original sculpture. Botero convinced the Mayor at the time to leave the sculpture as a reminder and he would provide another one, a new one, “The Bird of Peace.” Today they sit side by side and the impact, at least for me is significant. I highly recommend anyone visiting Medellín, to go and visit the plaza and see the Birds. (Be aware of your belongings, It is a common pickpocket area and not safe to visit at night time.) 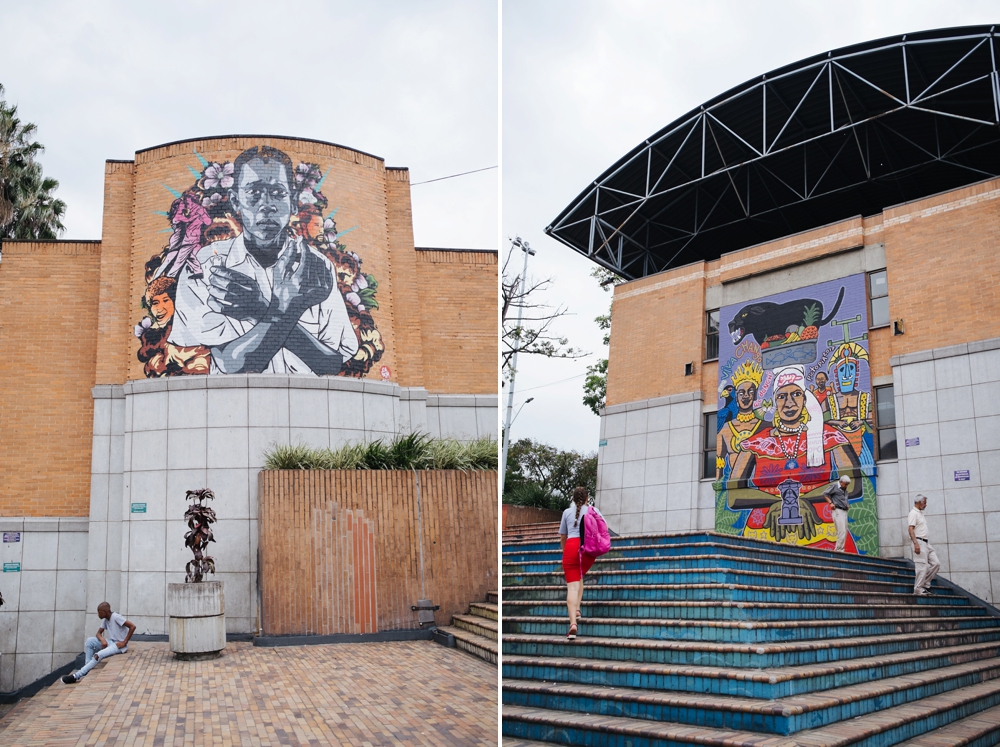 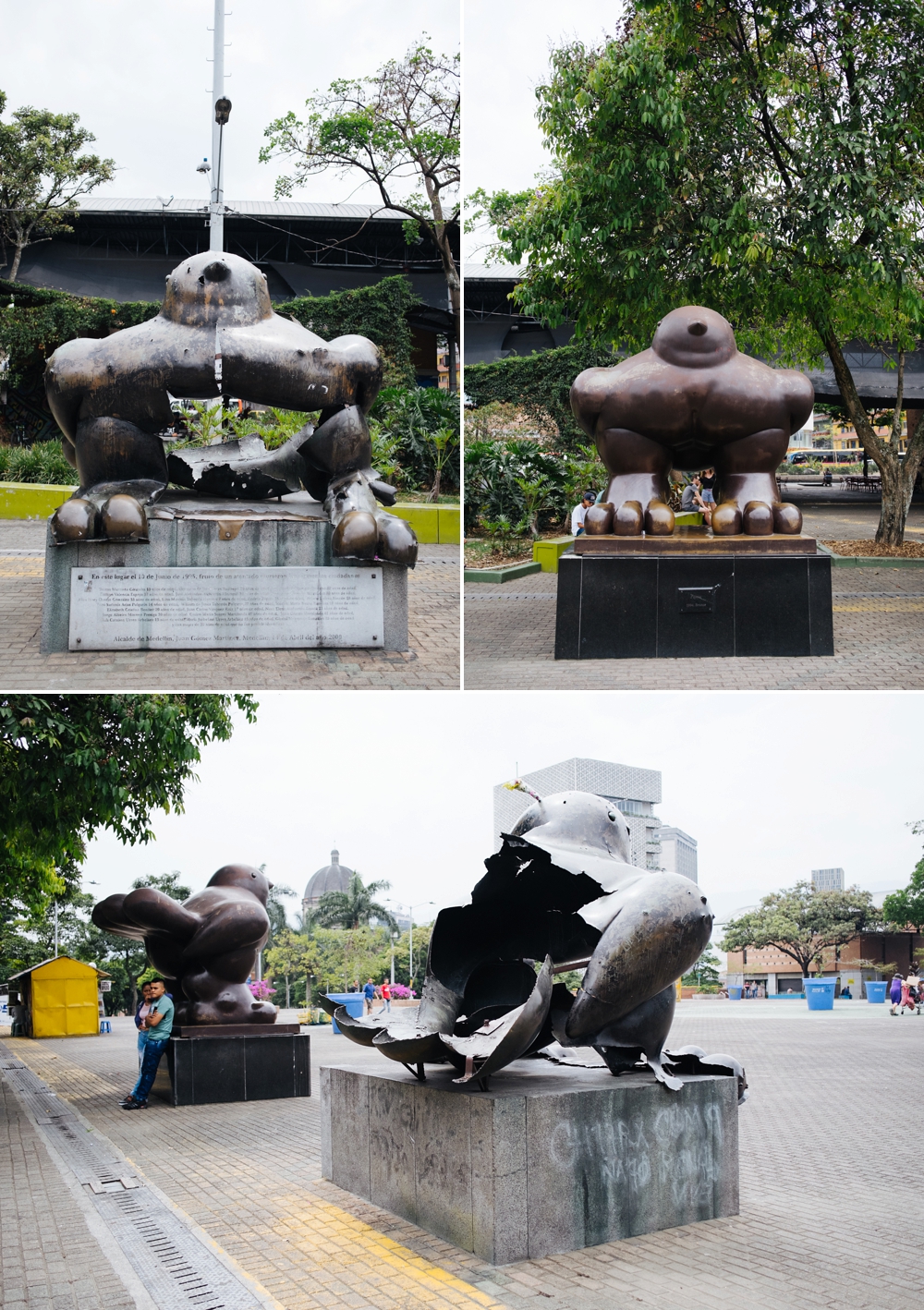 While visiting this magnificent city we were recommended to try the Bandeja Paisa at Hacienda which consists of meat and beans and rice and more meat and an egg and more meat and an arepa. This is a heavy heavy meal and some places allow you to order a half portion for lunch. We shared a half portion and still ended up full. I also recommend you wash it down with a tasty Limonada de Coco; Coconut lemonade. I couldn’t get enough of these while in Colombia! 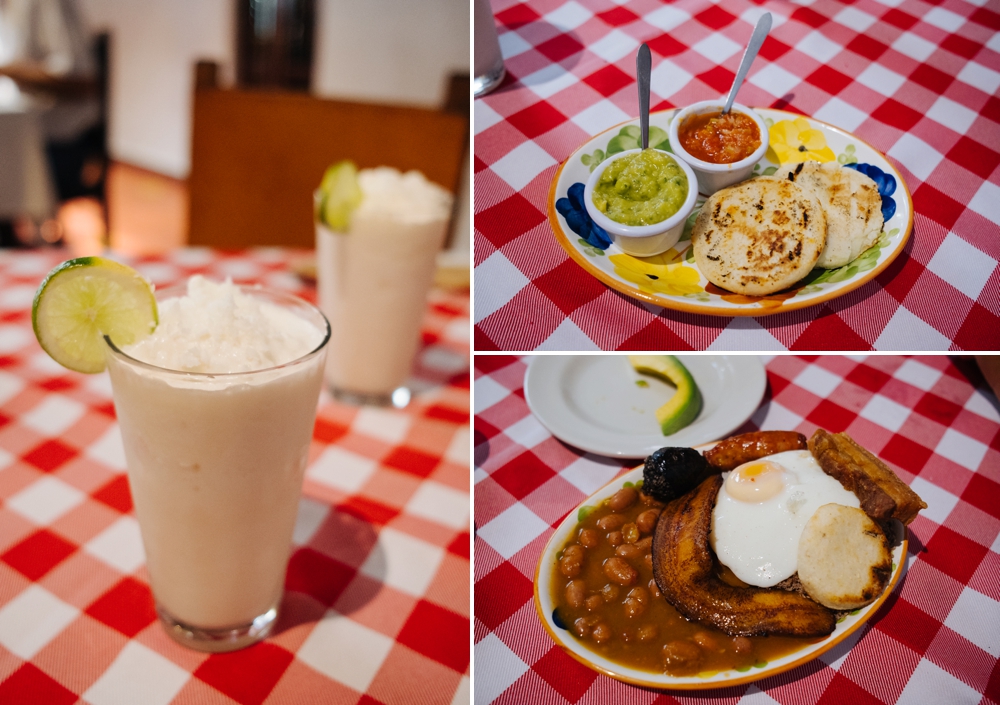 If you ask around about some of the places you should visit many people will tell you to check out Pueblito Paisa. It’s a mockup Pueblo of what they used to look like back in the day. If you haven’t ever seen anything like it, it is pretty cool and the views from up top are great but I don’t know if I would say its entirely worth it. You can take a taxi or you can take the metro to Industriales stop and then walk about 10 minutes before you walk up a million starts. Okay not a million but it felt like it. I would say it took another 15 minutes to get up there. It’s a cute little place and fun if you have a couple hours to kill. 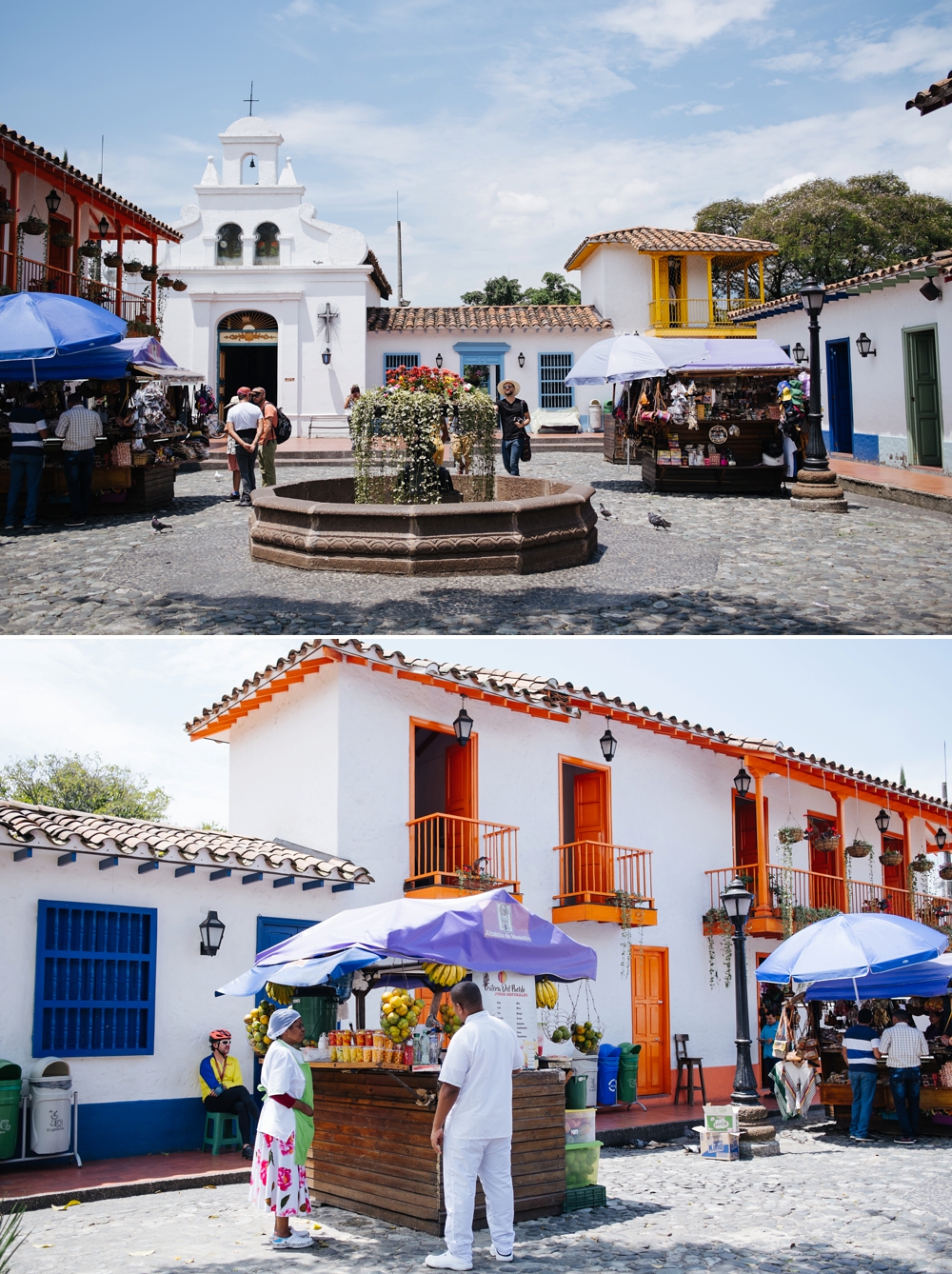 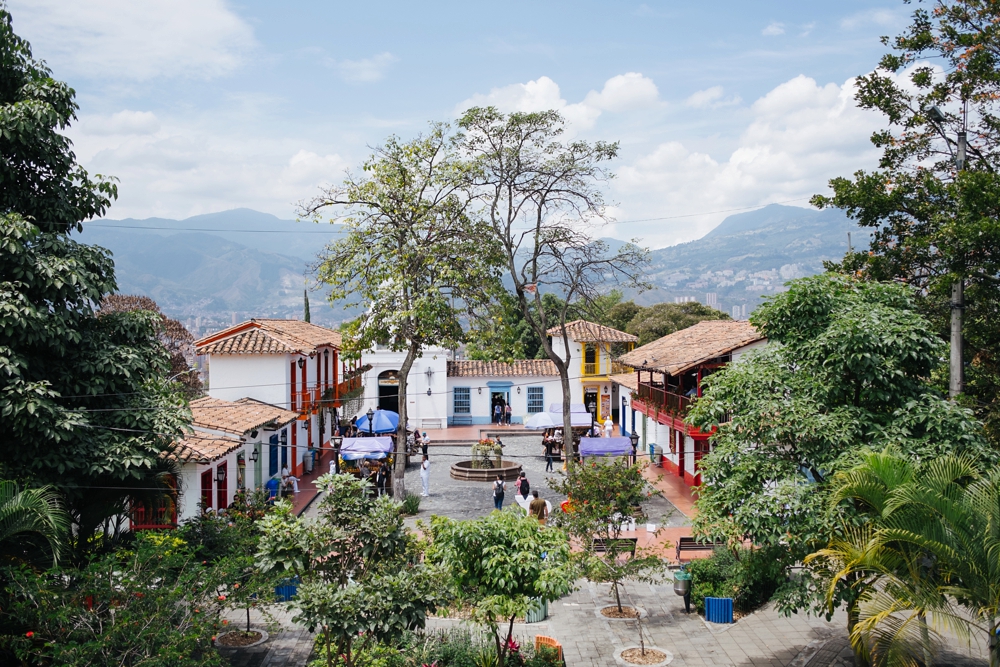 Medellin is super proud of their metro system and their cable cars and I was told on more than one occasion that we needed to take the Cable car up to the very top if for nothing else than the views. We decided to go a bit farther and check out Park Arvi too although we weren’t entirely prepared for hiking or the rain clouds that quickly formed once we got to the top however it was a beautiful park and there were some tents set up selling fresh fruit so you know I had to get a snack! The trip to the top was fairly calm and beautiful, it was a bit hard to photograph through the windows of the enclosed cable cars as they were definitely weather worn but it was still quite stunning. 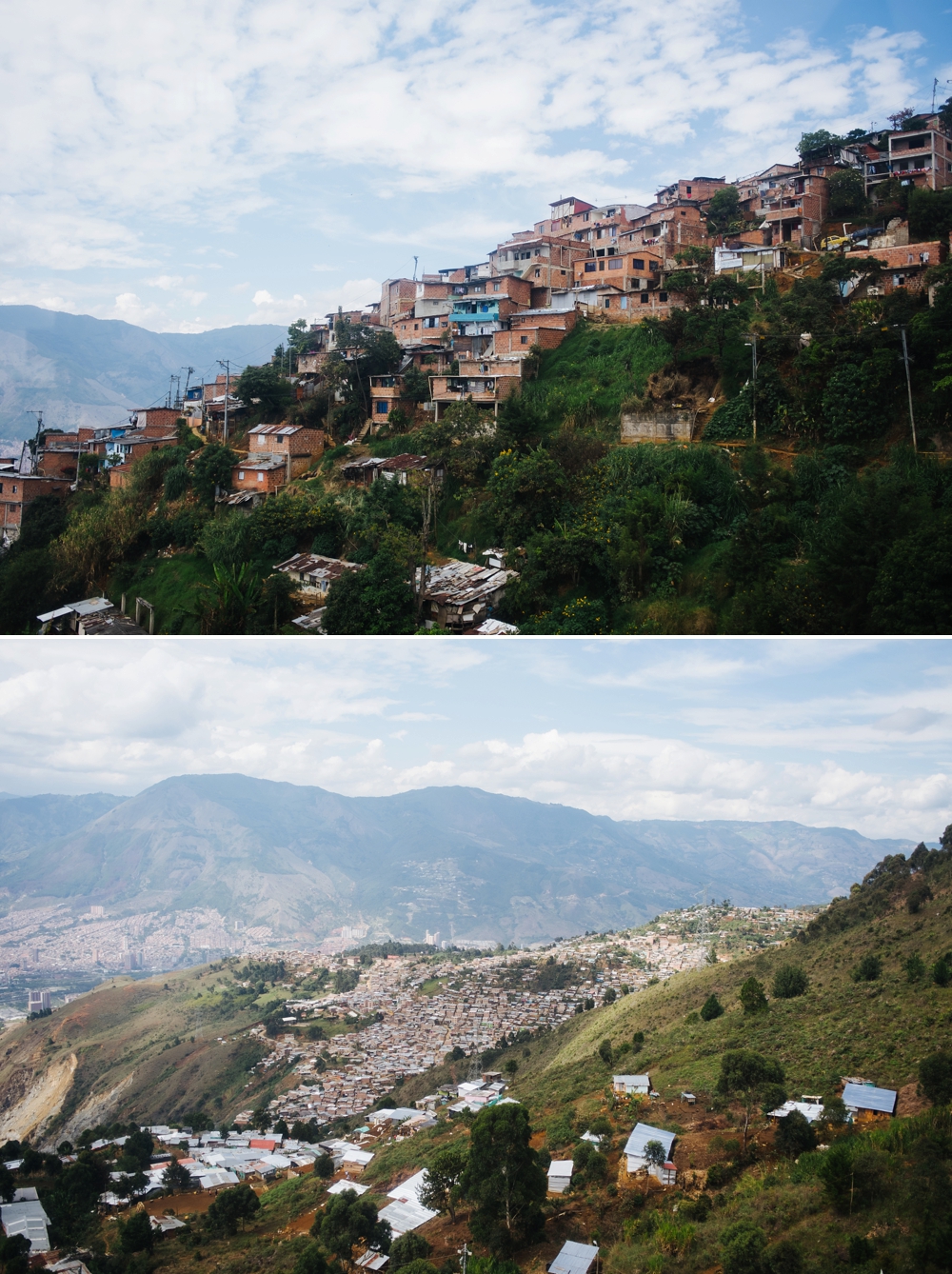 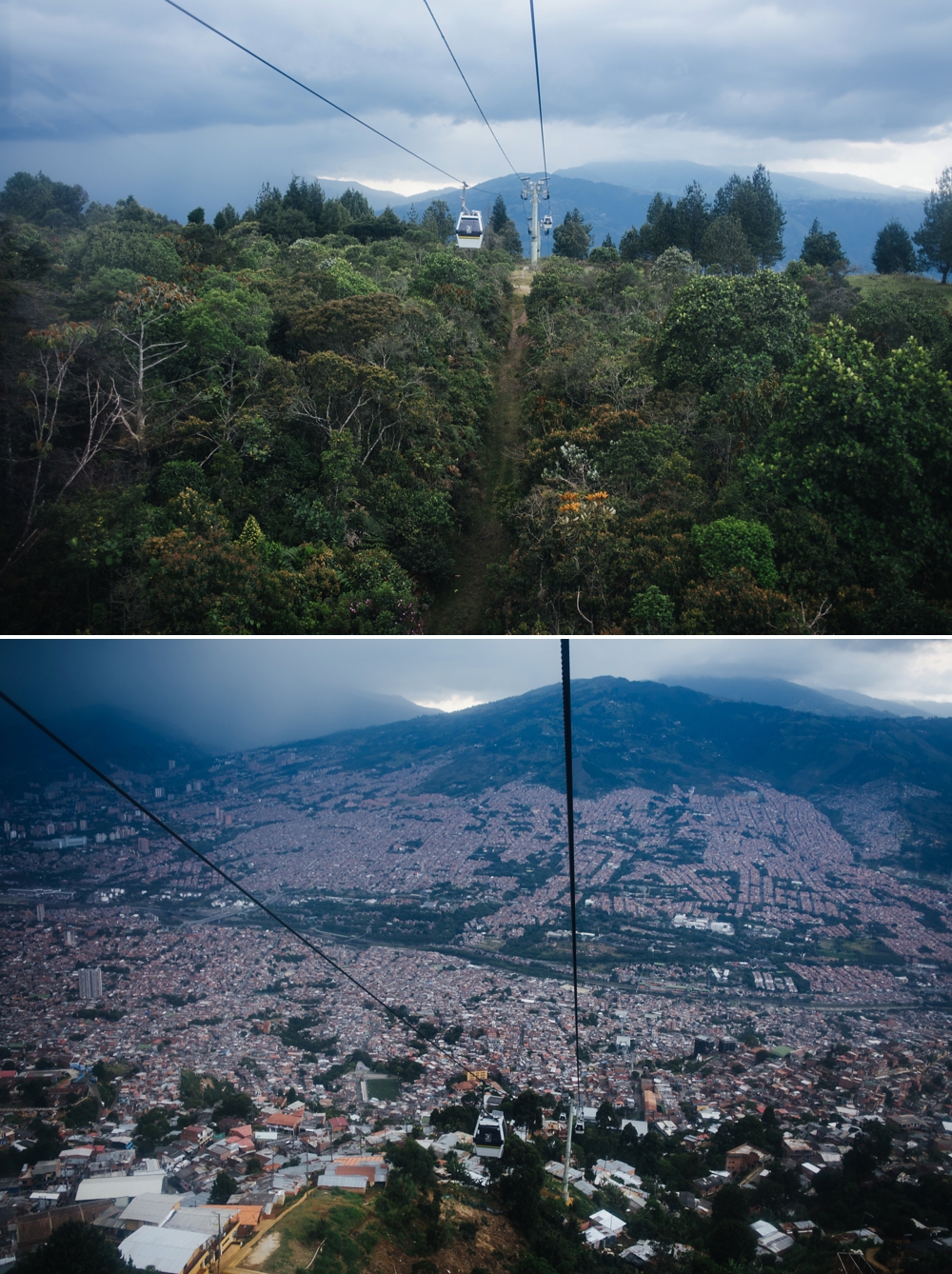 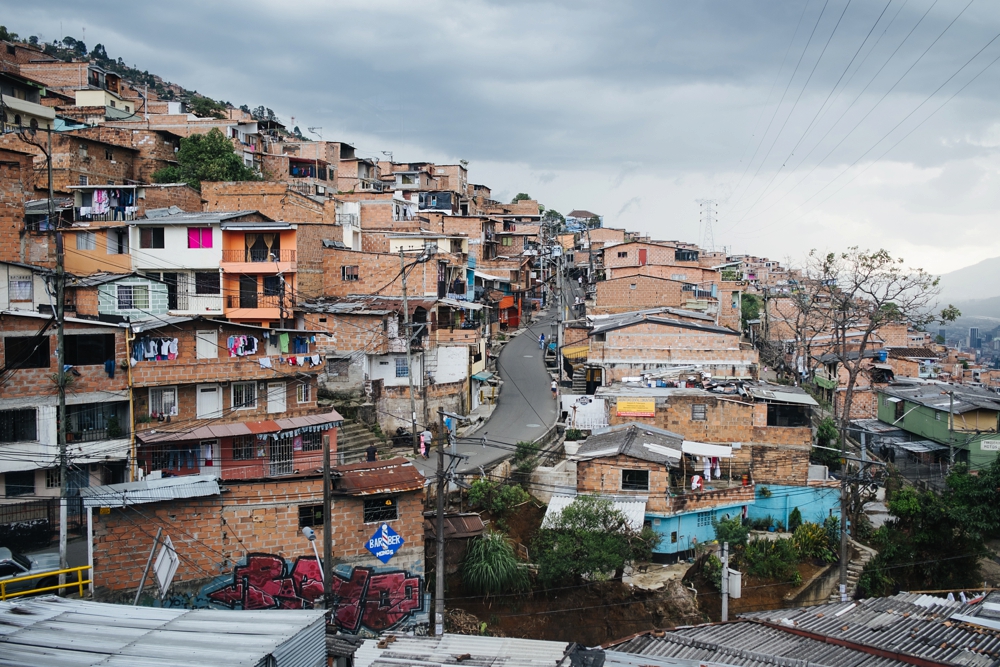 The Castle Museum was something I had heard about but wasn’t really sure what the deal was with this place. I had a hard time finding photos online of the inside and once we decided to check it out I learned why. Turns out this Museum was once a home of a wealthy Medellin philanthropist and his German wife and now that it is a museum you are not allowed to take photos of the inside at all. I think the outside facade and grounds was a bit more interesting anyway. lol 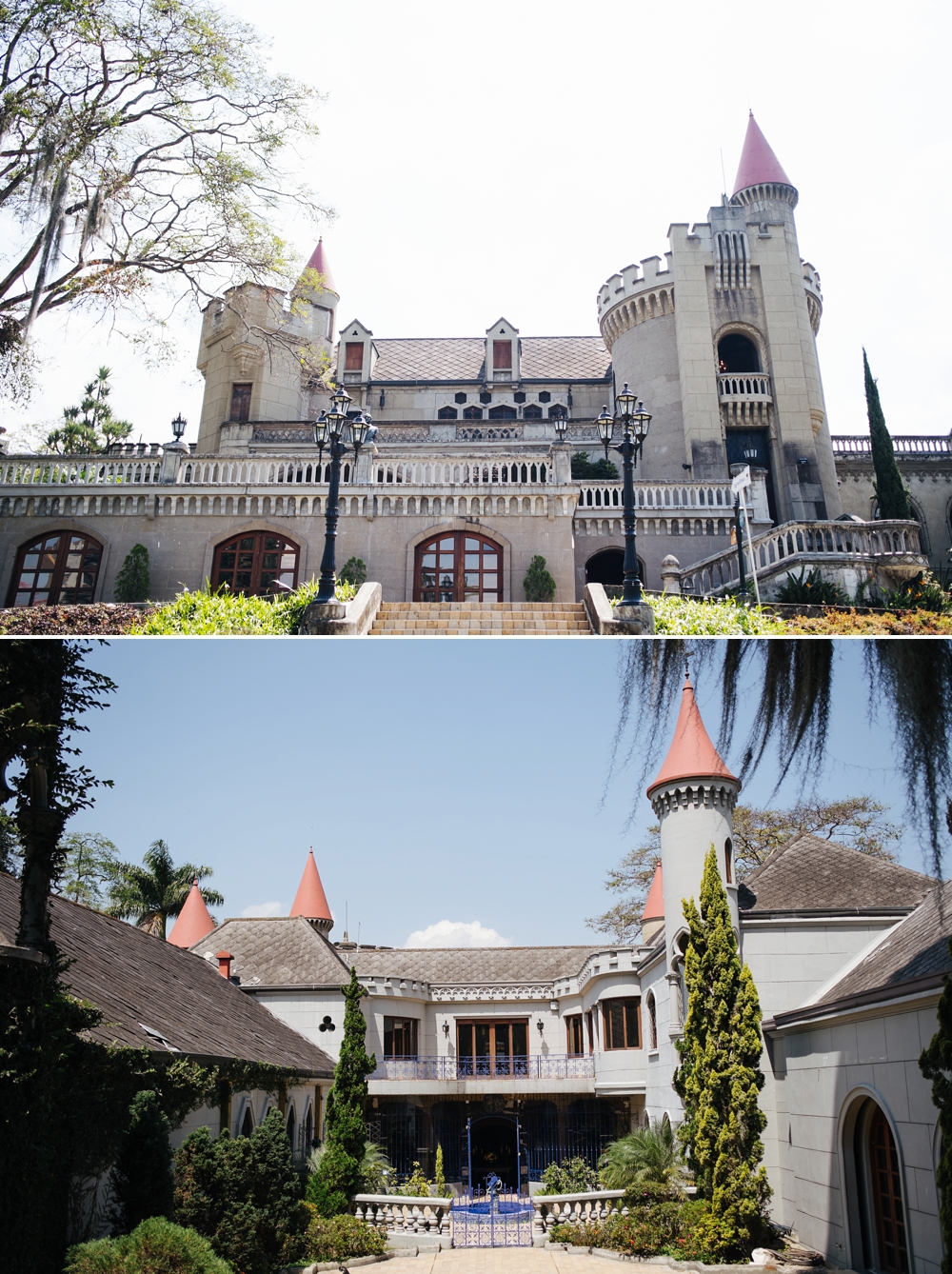 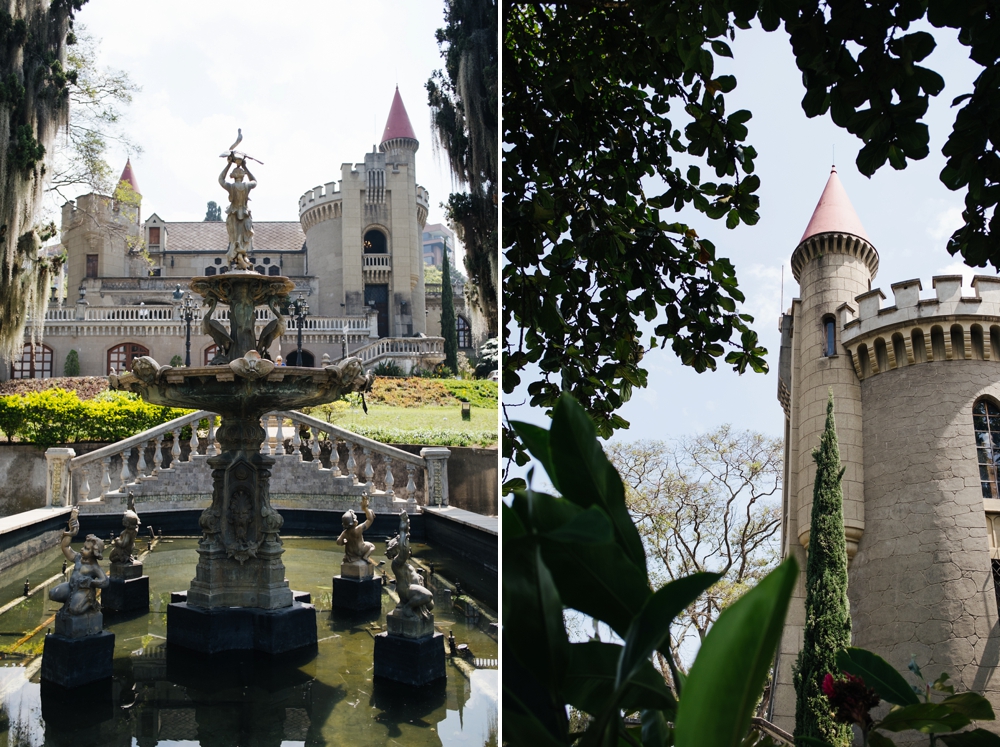 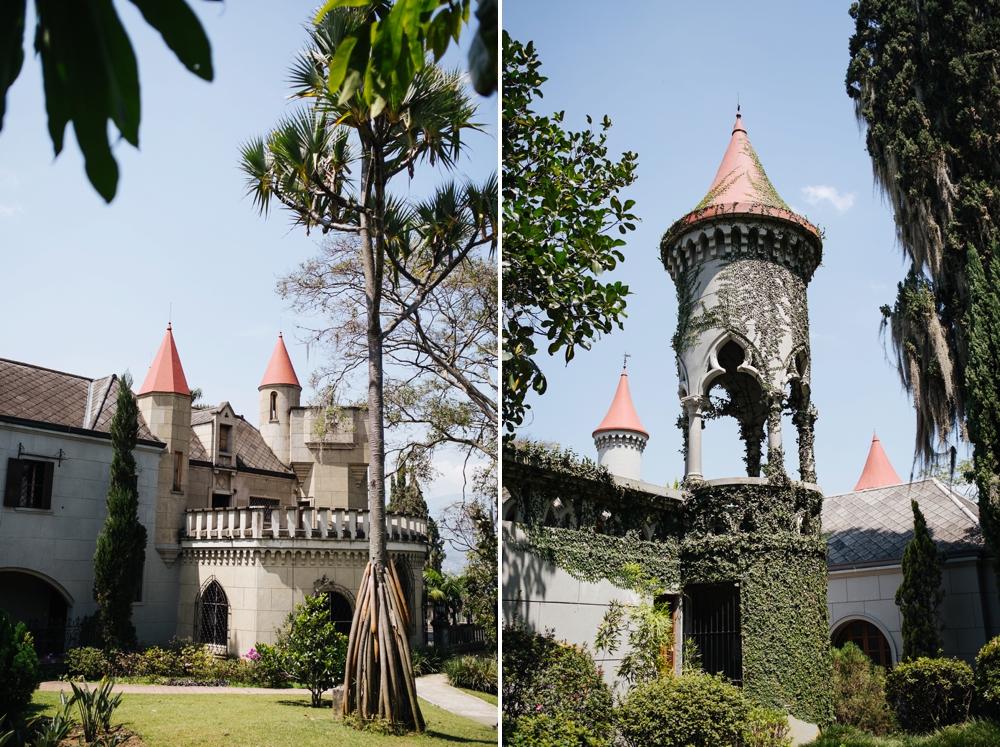 We definitely didn’t give ourselves enough time when we decided to visit the Exploratorio at the last minute! This place is a huge interactive museum exploring the different senses and we could’ve easily spent an entirely day here. Each building has a different theme and so many fun things to do and see and experience! If you are traveling with kids or if you are just a big kid yourself, this would be the perfect fun day for you! 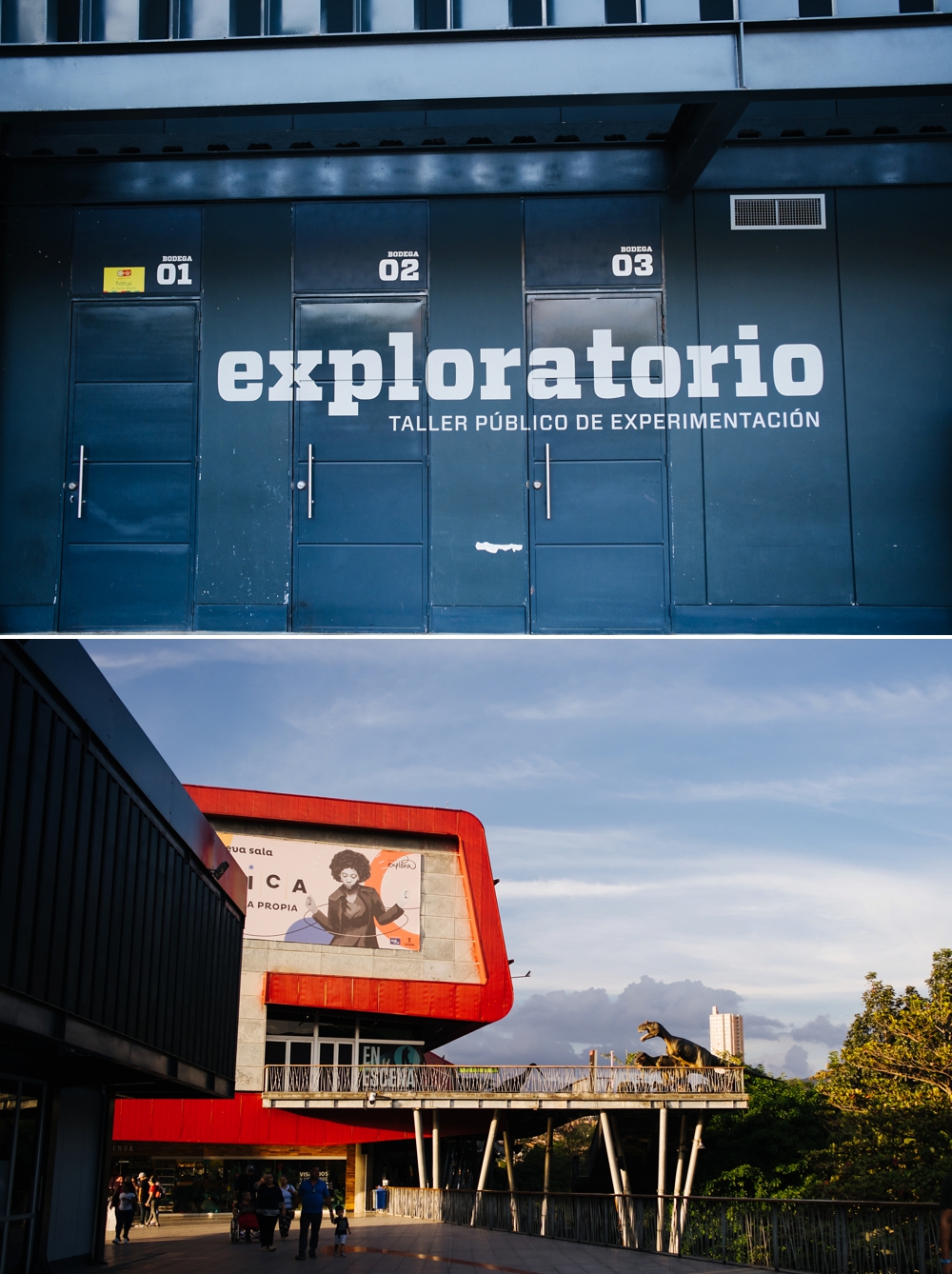 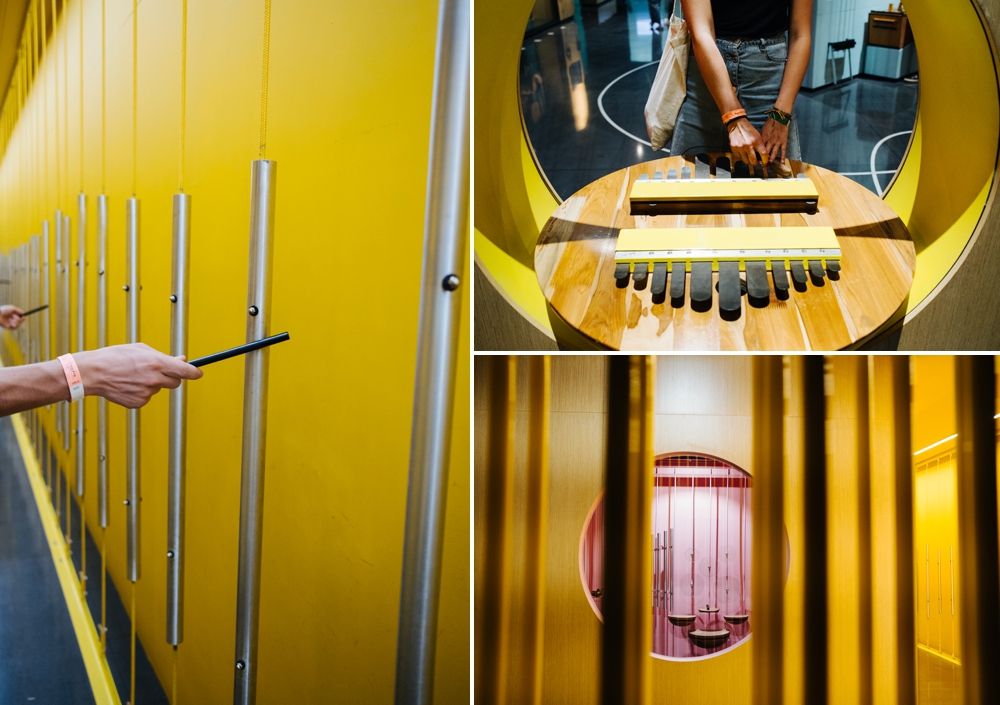 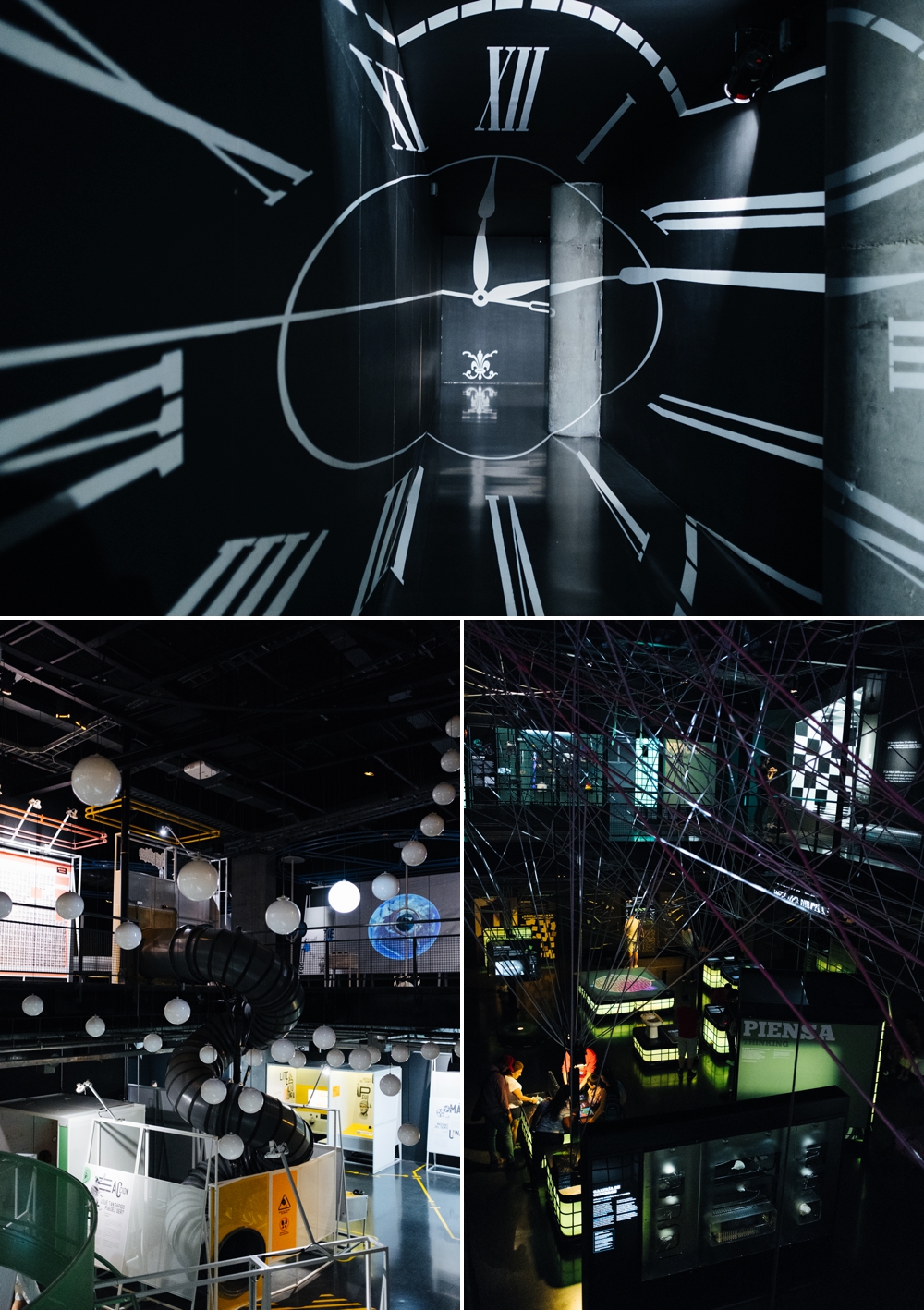 Oh Football! Listen people are truly truly passionate about so many different things but I have yet to see people who compare to Football/soccer fans. This is definitely a must do if you make it during the right season. What an experience it was! It was a bit complicated trying to figure out where to buy the tickets once we arrived to the Atanasio Girardot Stadium from the Estadio Metro stop. We were surrounded with people and there were police everywhere. After asking sooooo many people we discovered that the box office to buy the tickets was actually a bit of a walk from the stadium, luckily we gave ourselves enough time to figure it all out. The box office is near Aveneida Colombia/ Calle 50 & Carrera 74. (DO NOT buy tickets from anyone selling them on the street, its often a scam) The prices range from around 20,000/$6 up to 50,000/$15 for general seats. Not much overhead covering is offered so if you go during the day bring a hat. If you are feeling really adventurous you can sit near the South side which is where the National’s inhabit the stands and they are extremely entertaining to watch. Almost more than the game itself.

If you give yourself plenty of time beforehand you can stop at one of the many little stands along Carrera 74 and get some potatoes with sausage and cheese arepas and of course some cold beer! The beer bottles will allllll be poured into a plastic cup as the police wandering around don’t allow glass because of obvious dangerous when mixed with alcohol & passionate fans. 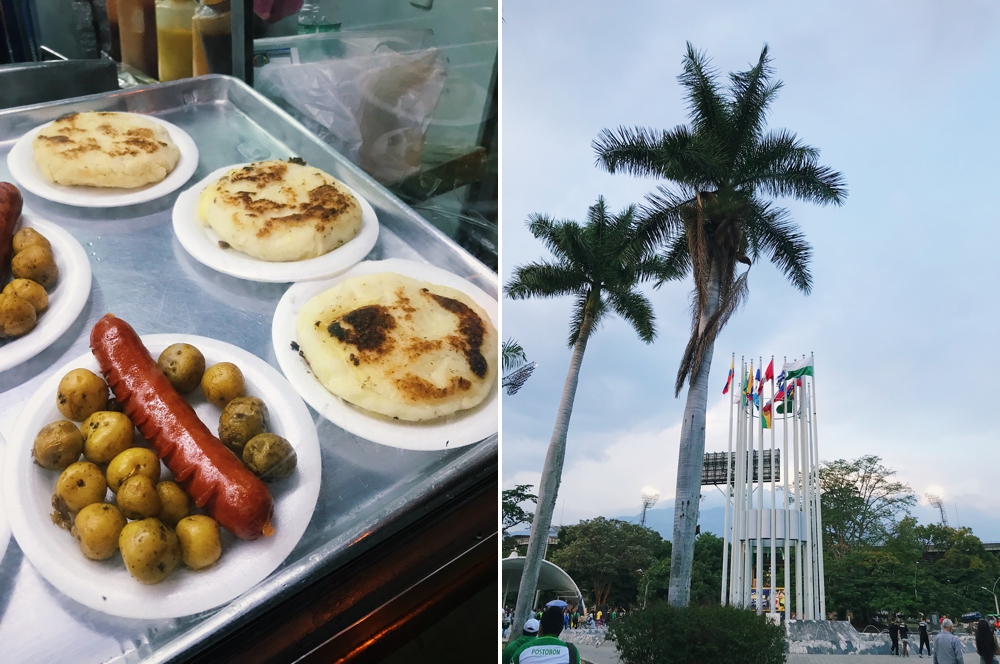 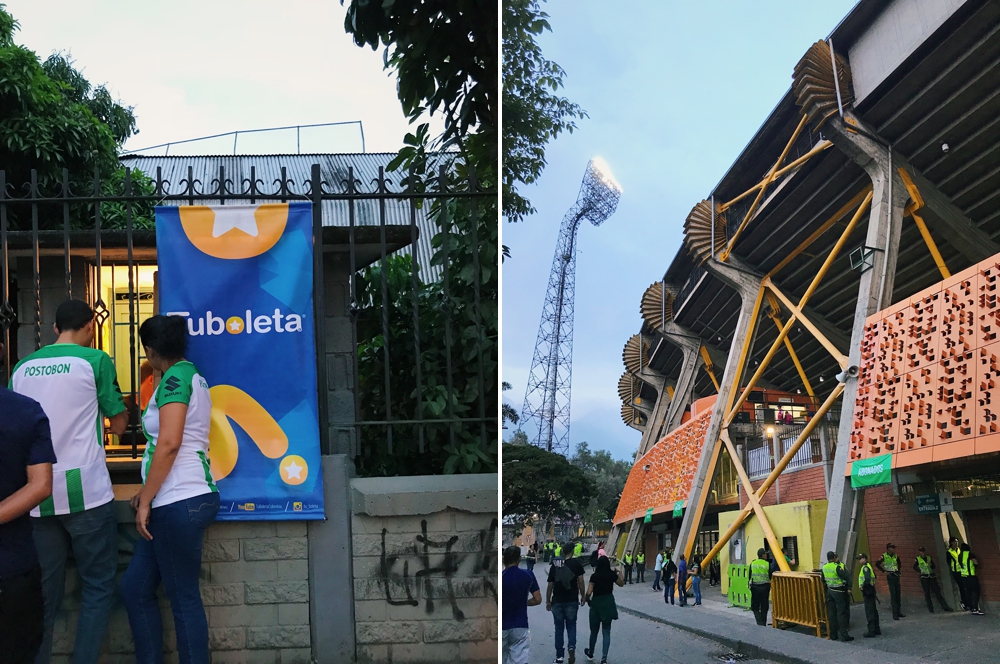 Overall Medellín, Colombia quickly became of my most favorites cities in the world. The people & their resilience, the food, the beauty and surroundings, the art and creative expression, and all the activities! There is so much this city has to offer and though many people only remember it for its rough history, I can personally attest to how the people are working hard to change that perception. This city has come a long way and I can’t wait till I can return.