Santa Cruz is the more popular of the Galapagos Islands. There are more shops, restaurants and nightlife here. While the town, Puerto Ayora is a bit bigger it is still easily manageable by foot. We stayed at an apartment about 10 minutes walking from the center of town and found ourselves thankful we could come back for a rest and cool off during the midday heat. 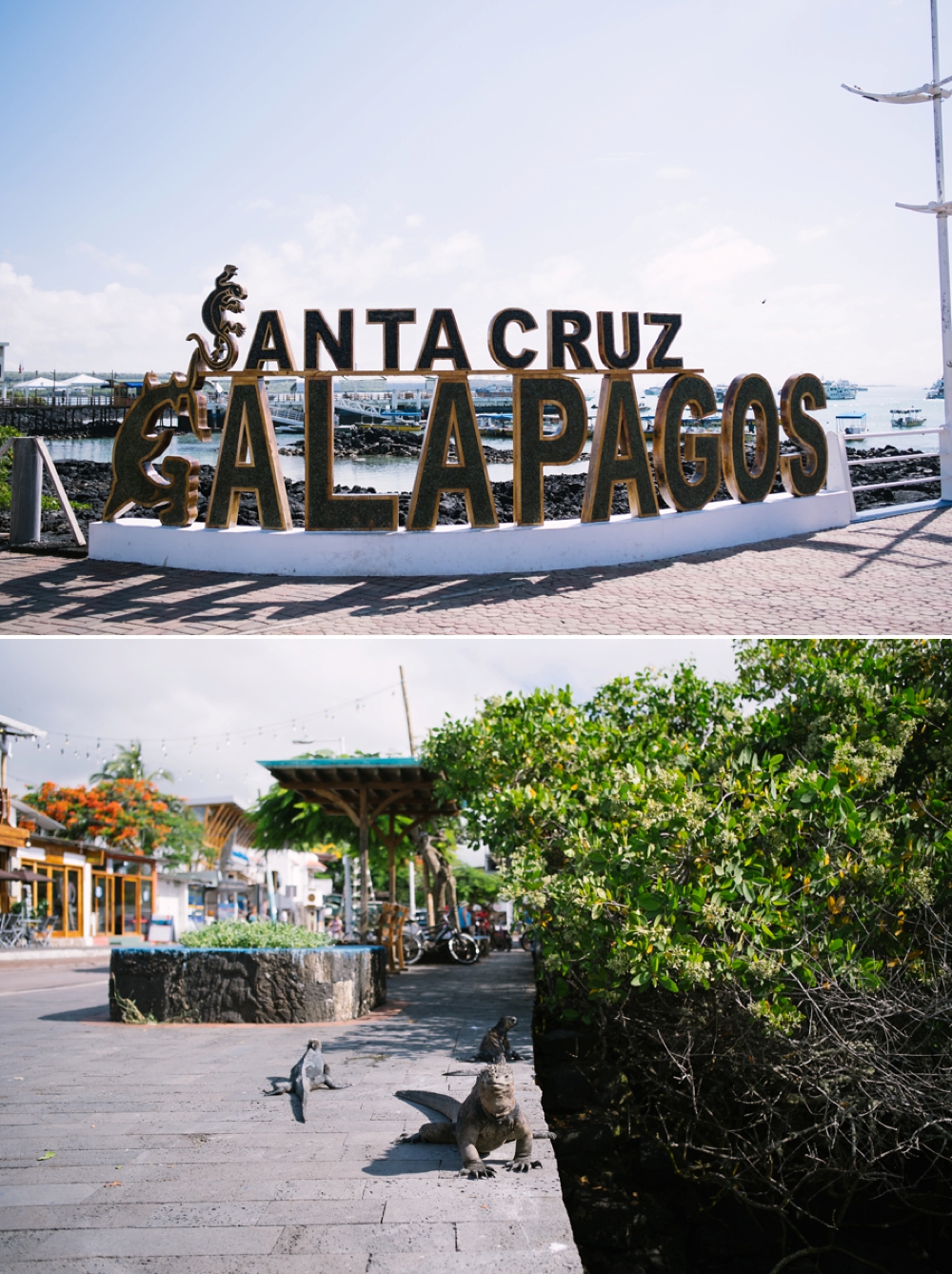 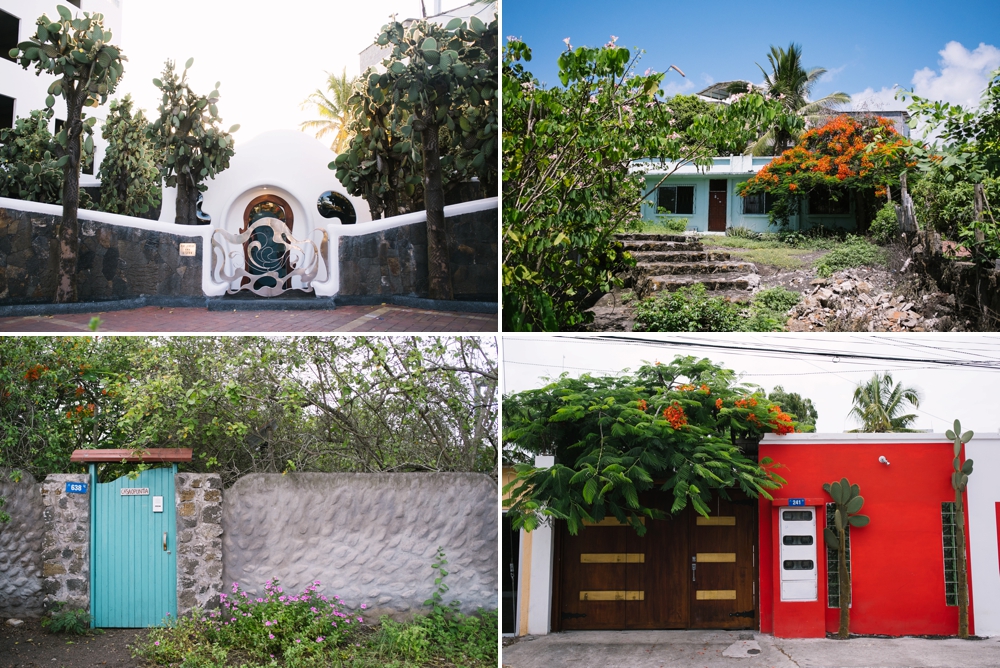 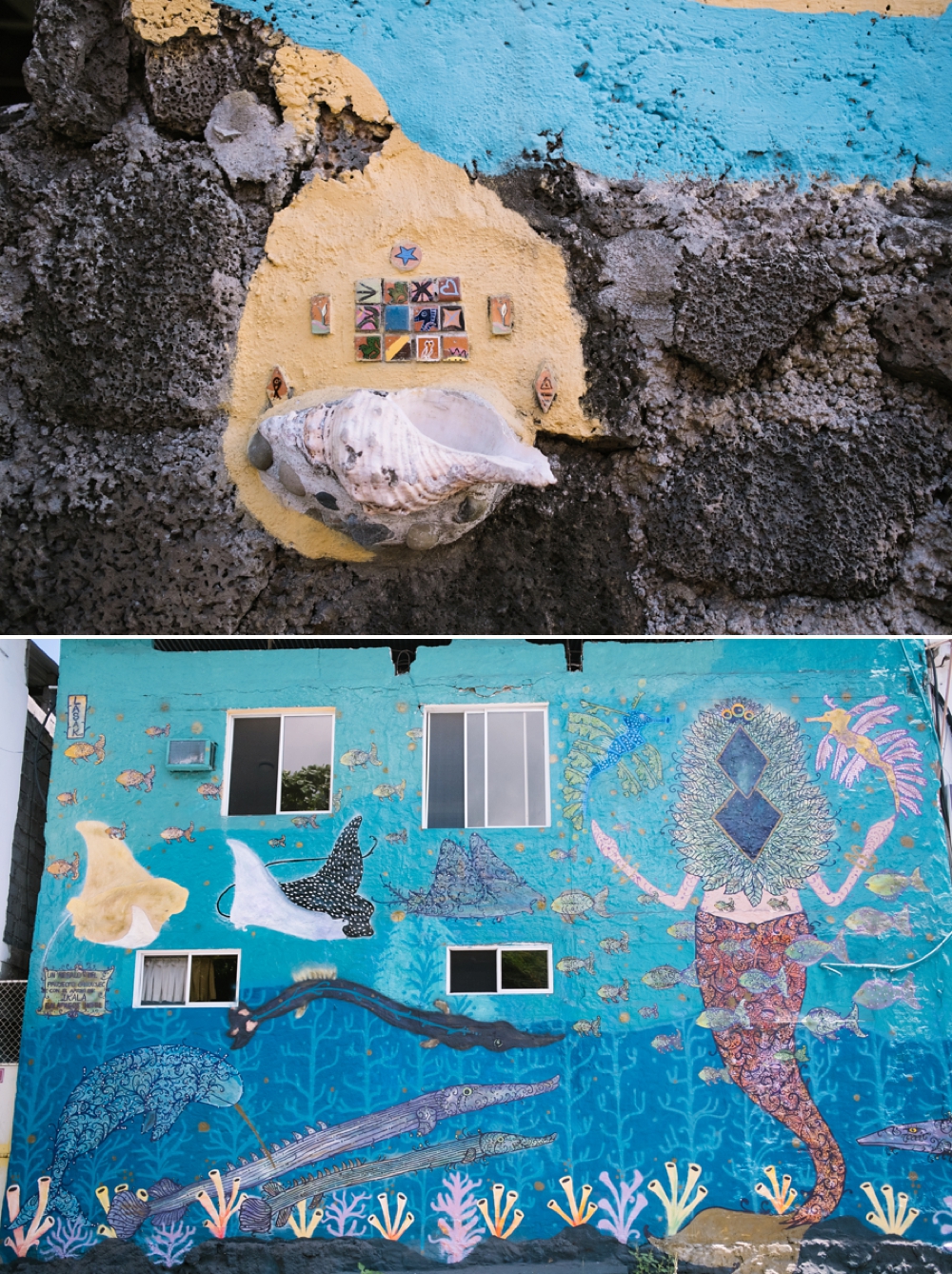 When we arrived by ferry from San Cristobal we were greeted by so many birds! Just a short distance from the docks there is an open air fish market where the fishermen bring their catch twice daily to be cleaned and sold. This was by far one of the coolest things to watch as it, of course, attracted every type of animal around all hoping to catch a spare fish or scraps tossed aside. Hoards of Pelicans, Frigate birds, Herons, the occasional Stork, and Sea Lions all just waiting for a tasty morsel. 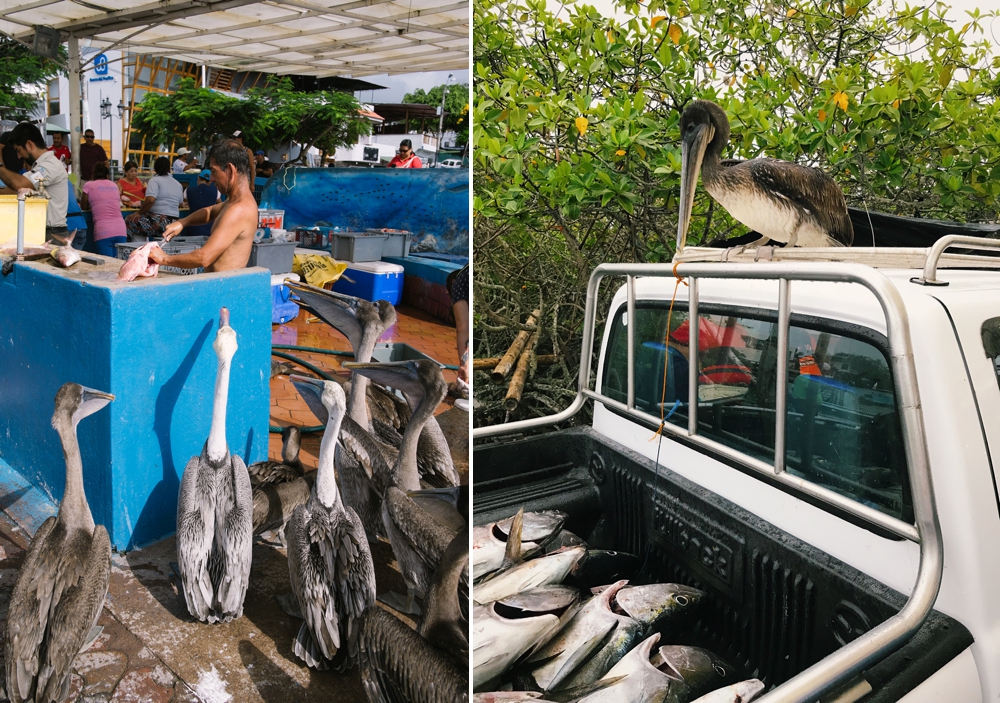 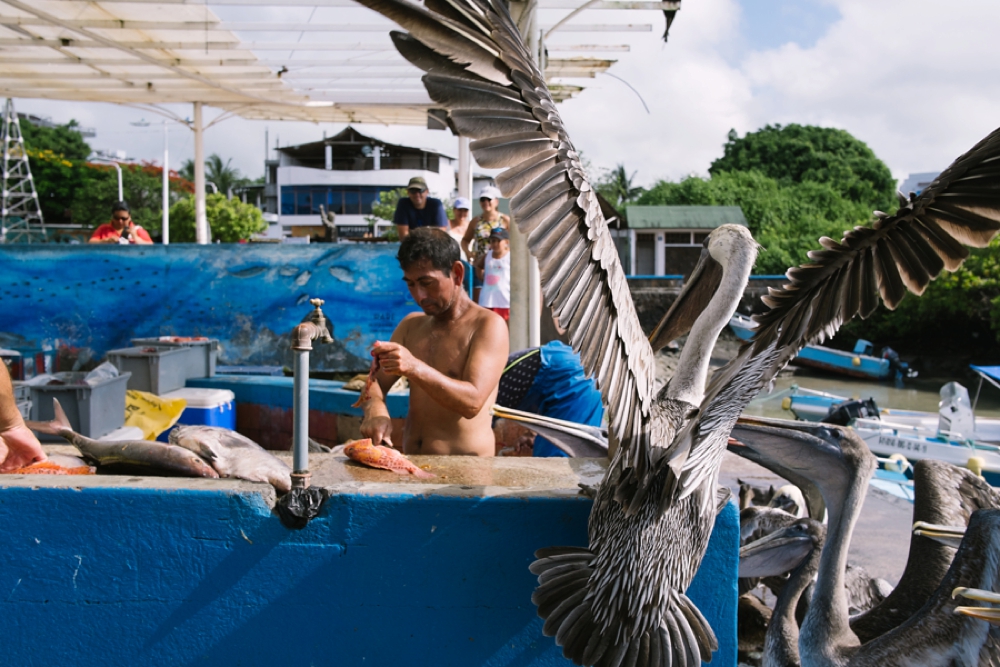 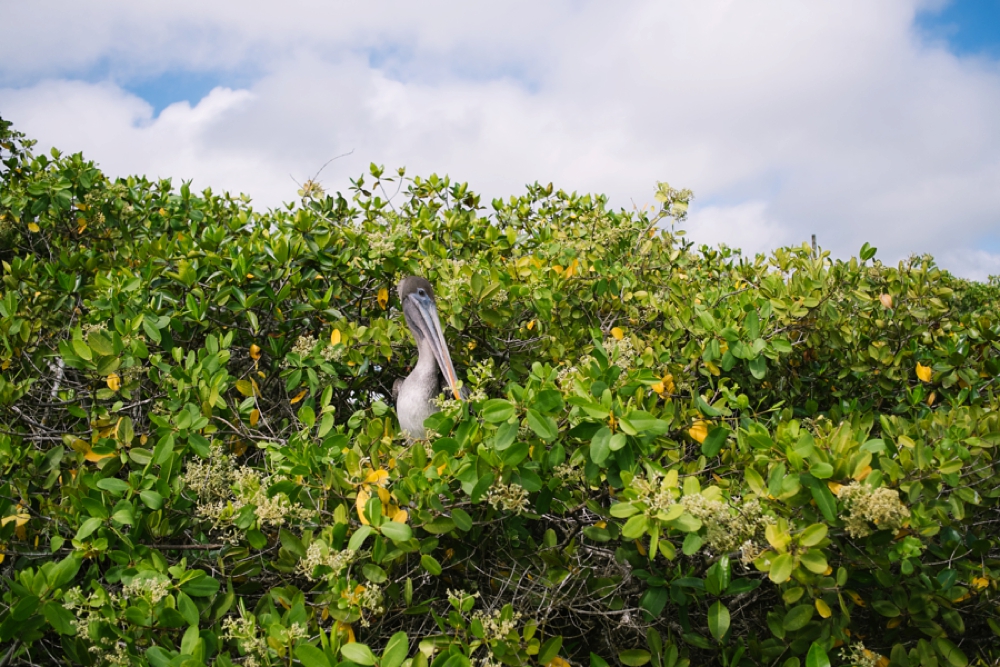 Each of the main bigger islands have their own Tortoise Sanctuary and Breeding Center that you can visit. The one on Santa Cruz also has several different structures that you can stop at along the route to learn more about the island, its history and the scientific research that happens here and of course you get to see some adorable Tortoises and animals along the way. On Santa Cruz island you can also visit Lonesome George, he was the last known survivor of the Pinta Tortoises and became an icon of conservancy. 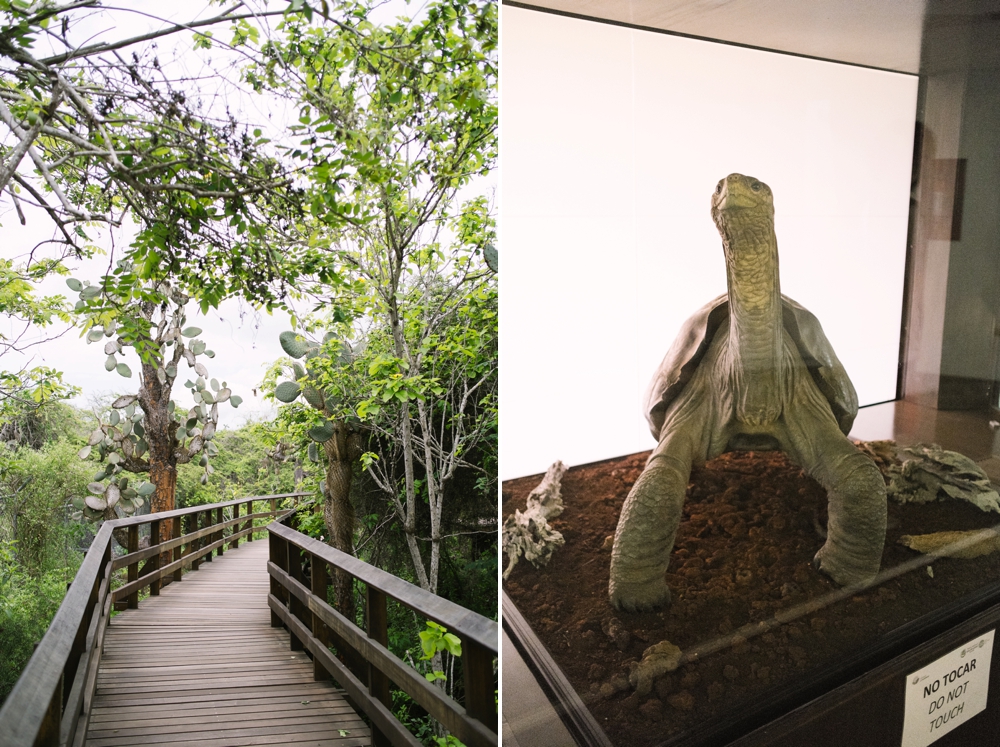 There is plenty of artwork that you can visit and discover around town in different little areas. This was something we happened upon walking back into town from the Tortoise Sanctuary. 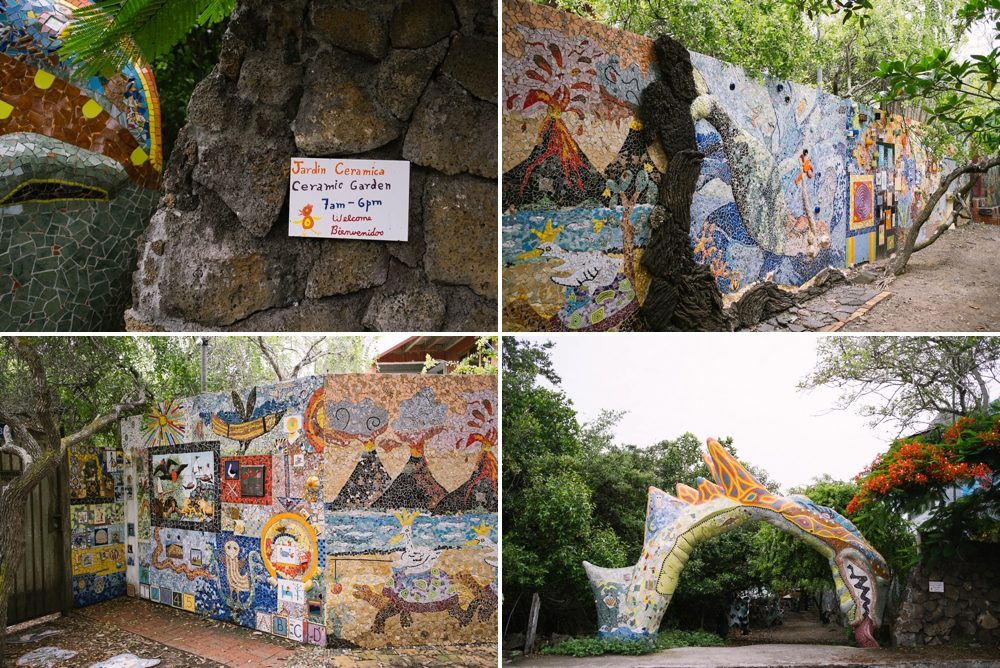 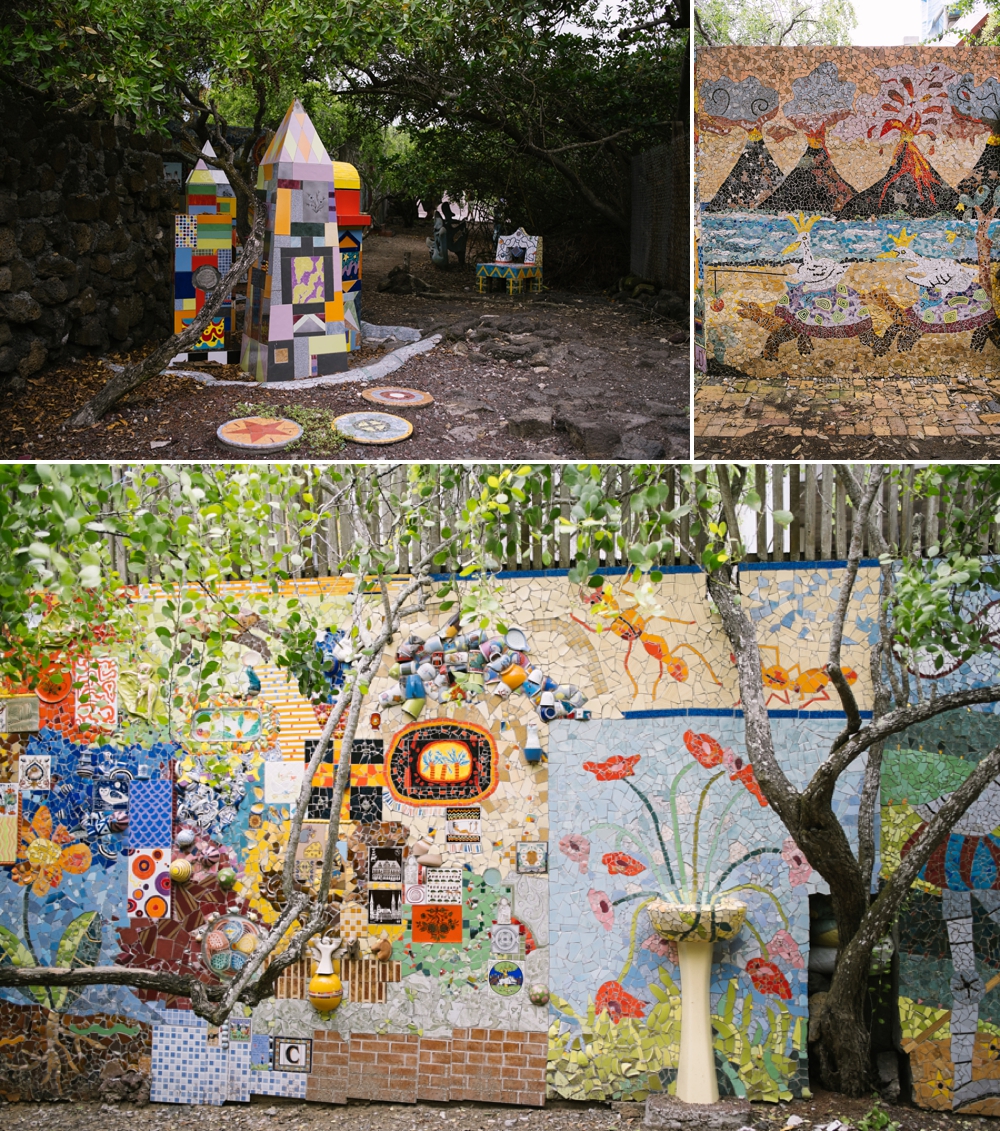 One of the main beaches you can visit on Santa Cruz is Tortuga beach. We decided to head to this beach in the afternoon and it was already really really hot. You cannot take a taxi or bicycle there, you have to walk or so we thought. It is about 1.5 miles about 45 minutes but then you cross the beach to get to a smaller beach that is where they (the Park check in/out people) recommended you go to actually swim which is a bit of a walk as well. We found out later that you could actually take a water taxi to access… oh well.

It is about an hour to get there and an hour to get back by walking. While there aren’t any structures, shops or restrooms on this beach it was by far one of the most stunning open beaches I have ever seen in my life! There were tons and tons of Galapagos Iguanas crawling around everywhere and birds flying around overhead. The water was crystal clear and so cool and inviting! 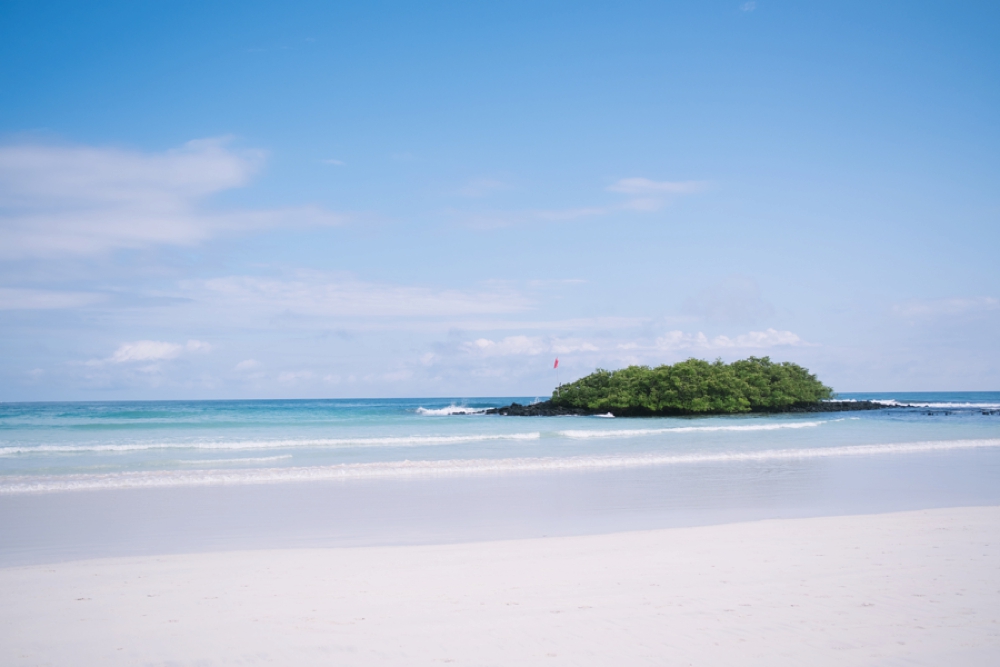 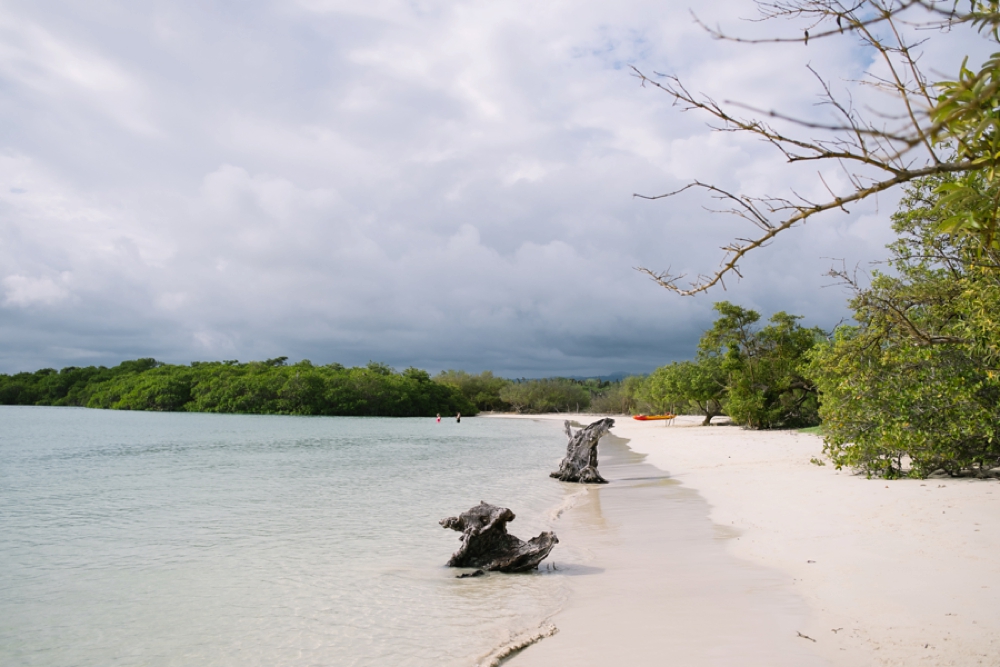 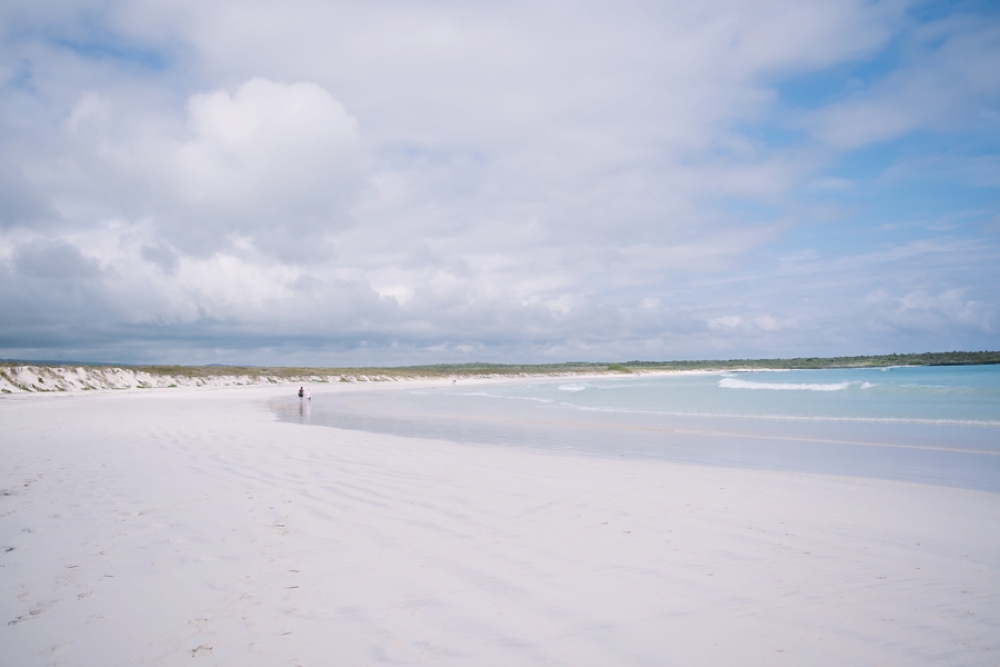 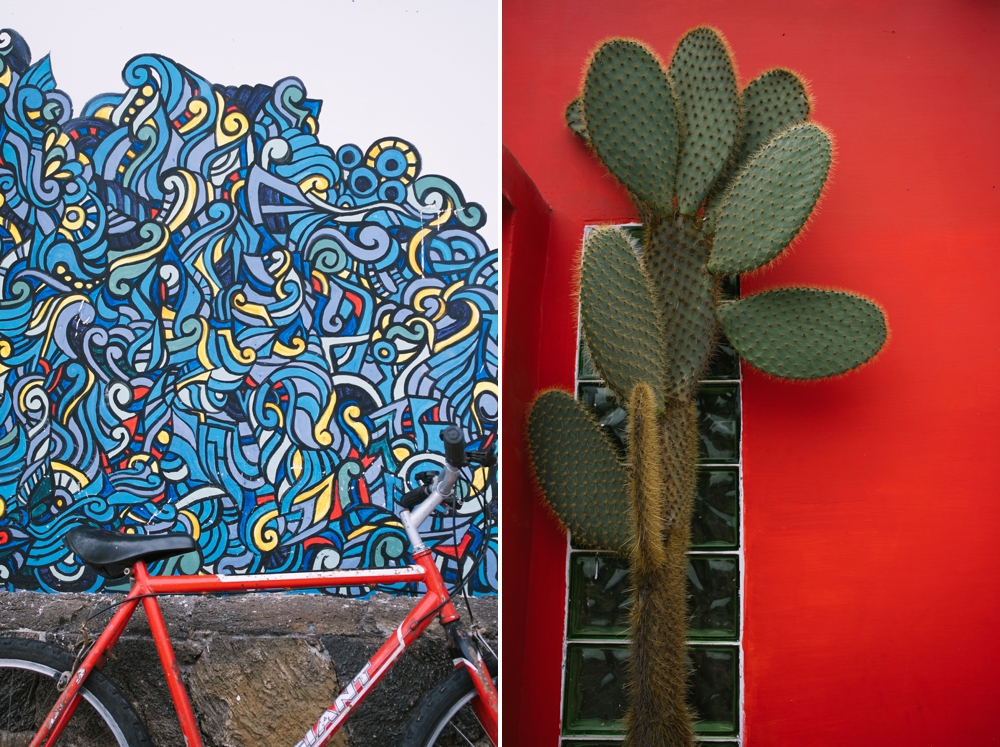 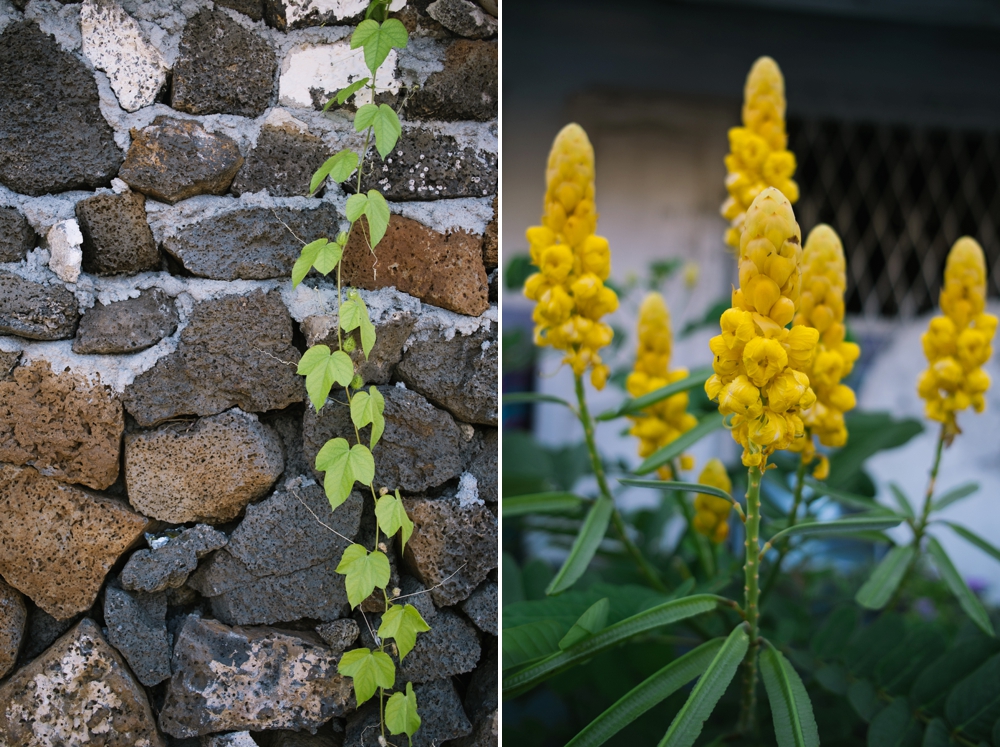 Nymphs Lagoons is a great little walk around a natural lagoon with free entrance and really clear waters. The boardwalk path doesn’t go all the way around but the total time is only about 30 minutes maybe unless you decide to stop and relax for a while. 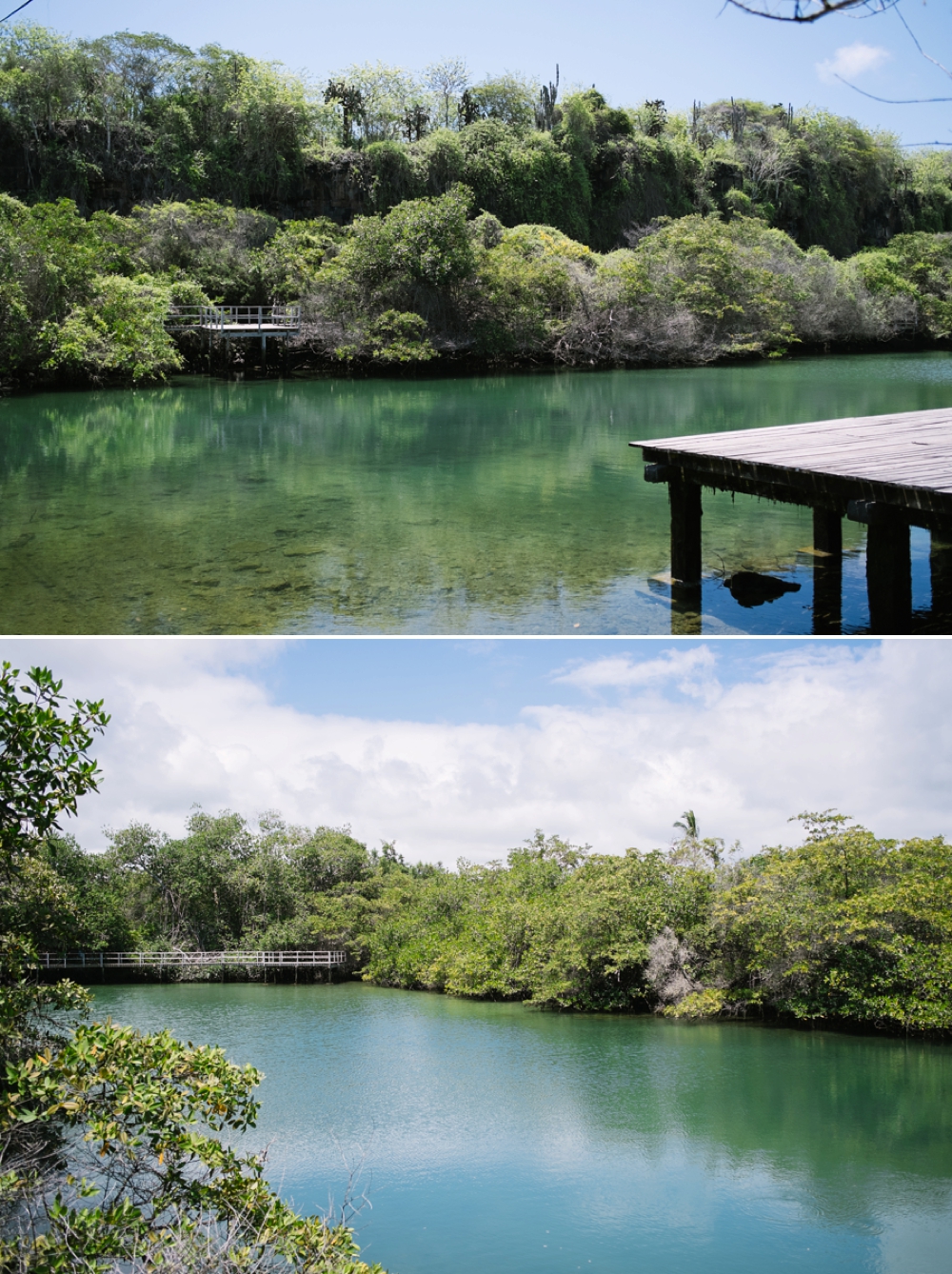 Another place you can visit for free or mostly apart from the little water taxi ($.80) to cross the small canal is the German beach & Los Grietas. The German beach is a small area that locals flock to on the weekends but there isn’t a lot of shade so it’s better to get there early. We went for a short period of time on a Sunday and it was absolutely crowded. We went back the next day on our way to Los Grietas and there wasn’t a single person there.

Los Grietas is about a 30 minute walk from the German beach. It is a trench of sorts that houses cool water and small schools of larger fish. You can swim and climb over rocks to get to the end but be careful as the rock are slippery and some are sharp and  a fall can cause a lot of pain. 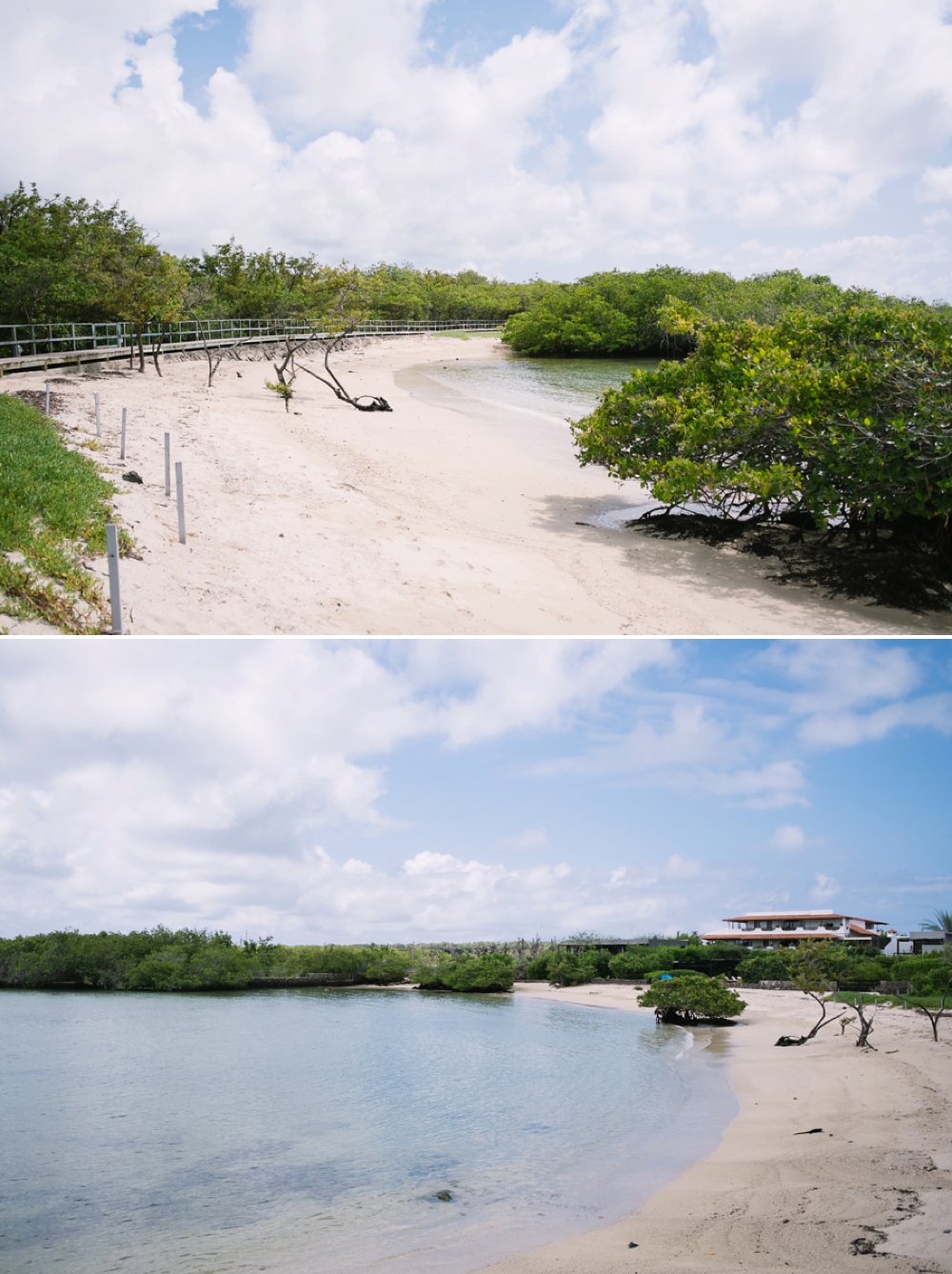 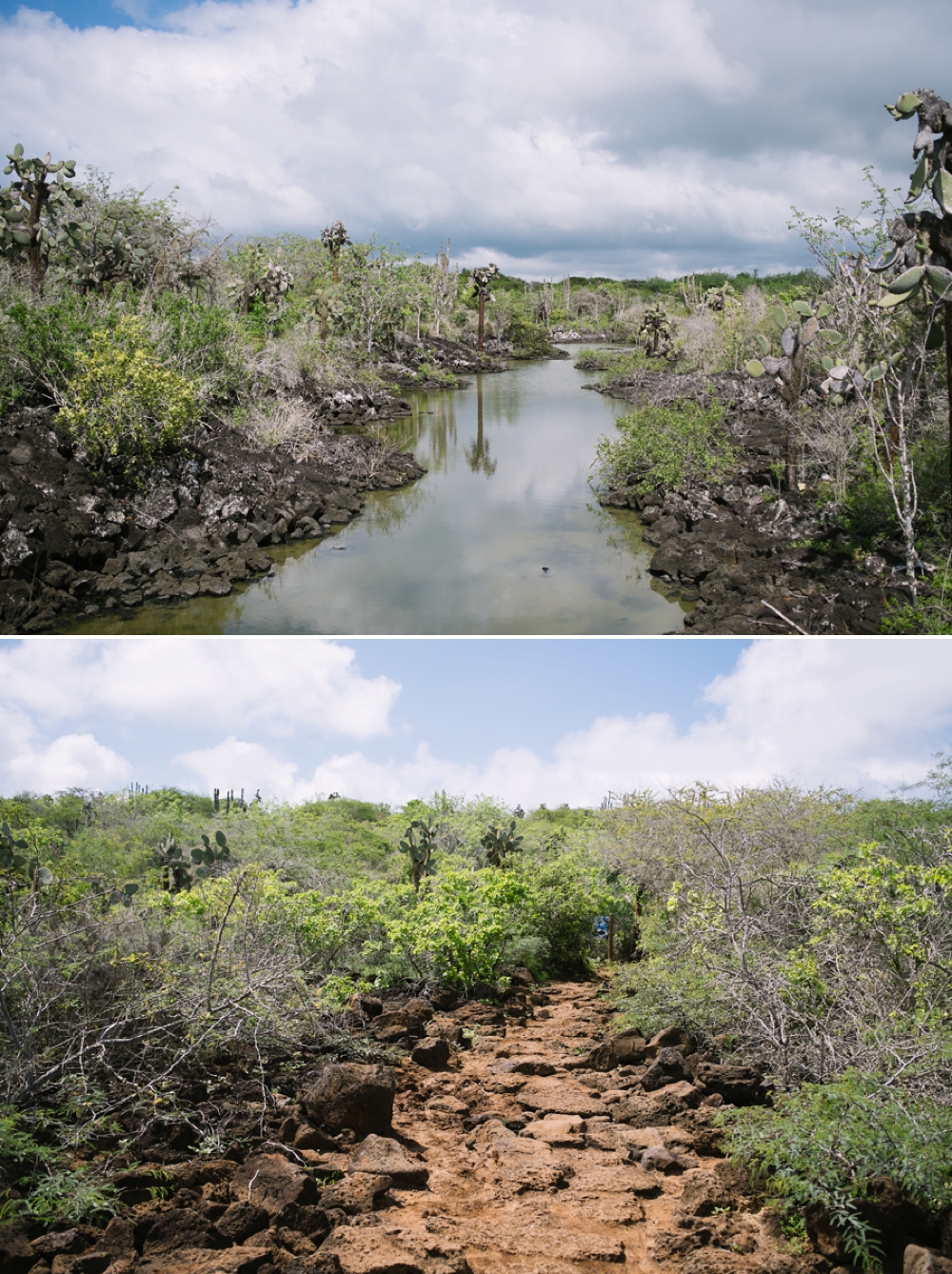 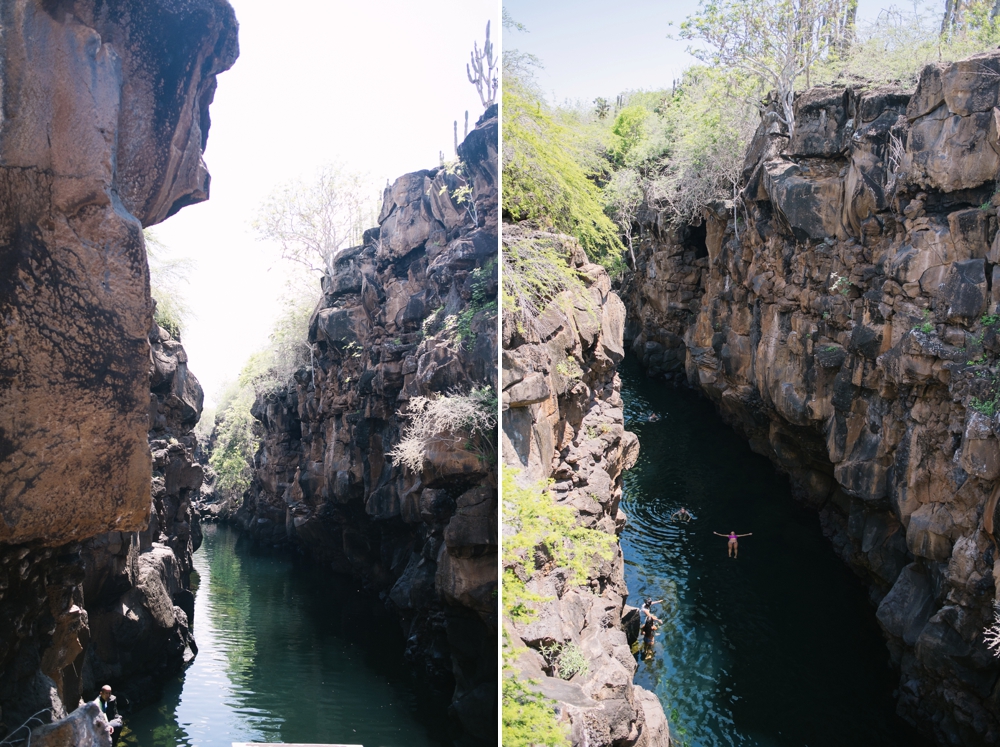 You guys! This restaurant was amazing and delicious and had some of the best ceviche I have ever had! Not to mention fresh Conch, coconut shrimp with rice and of course a classic pasta with cream sauce and shrimp too! Yeah we basically became regulars because this place has some of the best food on the island! Hands down! The owners are passionate about what they cook and how it is served which of course was also a big draw for me as well. Be sure to check it out!

One of the other really cool places you can eat is at the Night Market for Street food. You can walk down and pass restaurant after restaurant serving different types of fish, seafood, Paella and other things all in one place. You pick a restaurant and find a seat at one of their tables out front on the street and place your order. It can get really busy though and since they cook everything fresh be sure to grab and beer and relax. 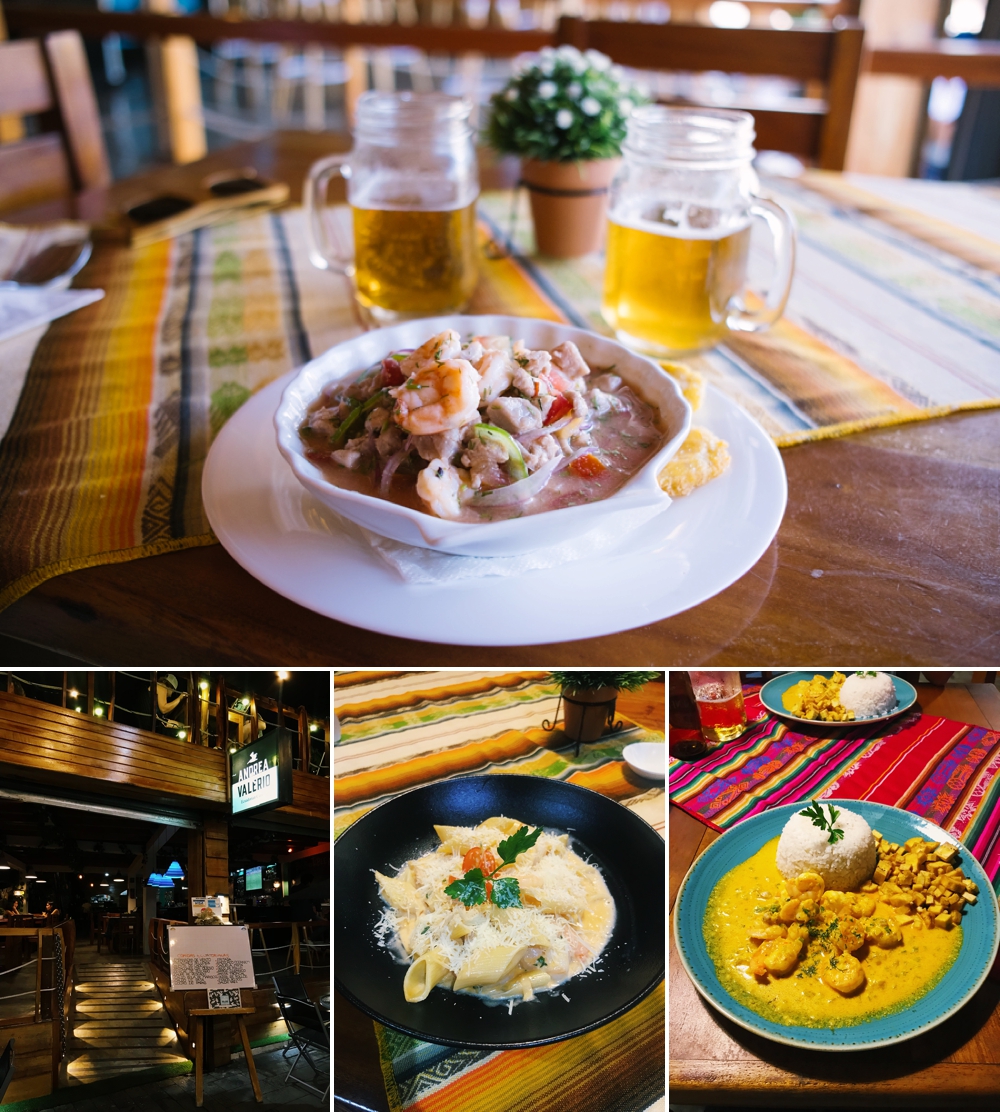 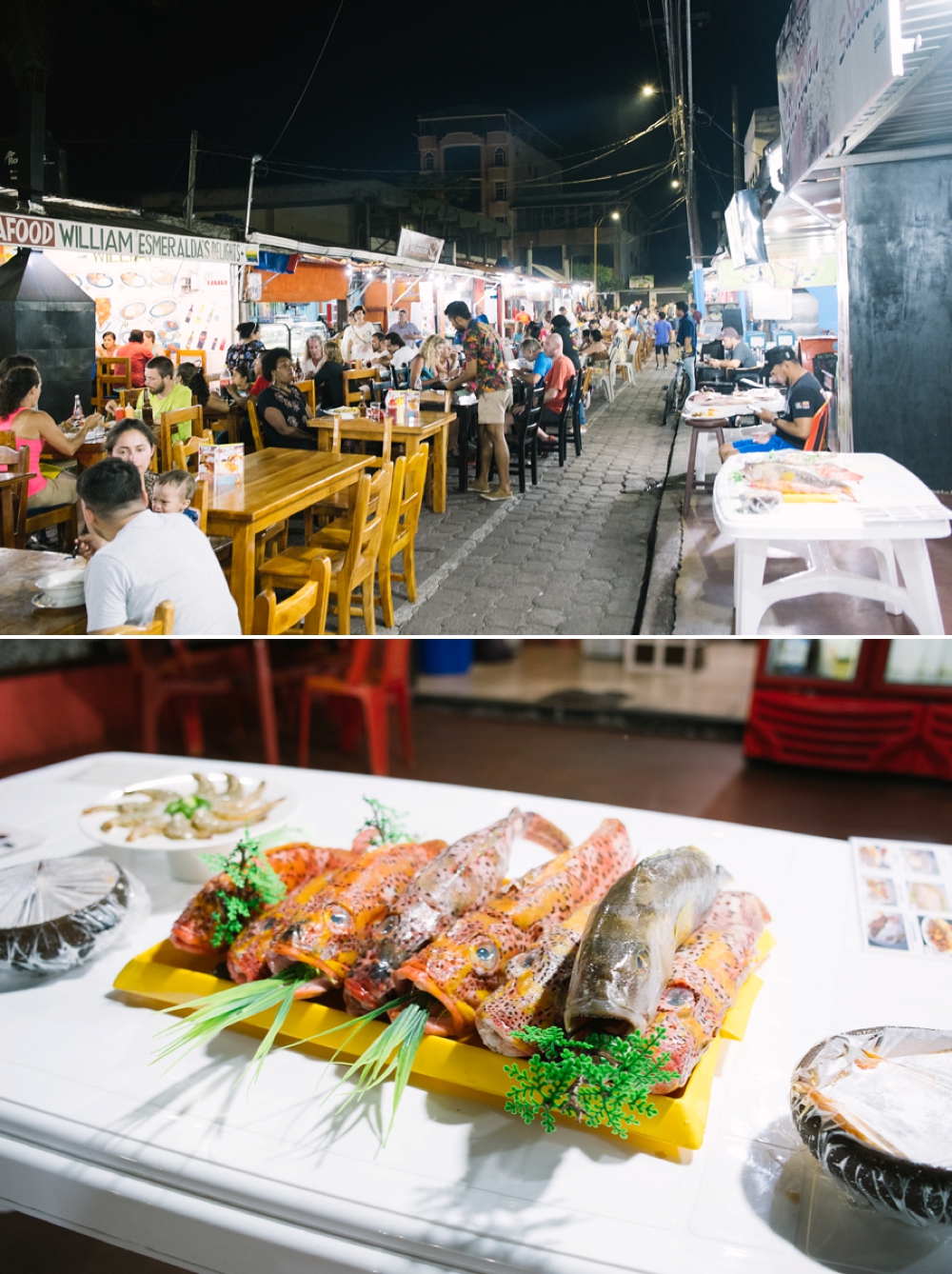 There is also a local brewery in town that you can get a sampling of some local brews with a view of the town and sea.

Santa Cruz is the centermost island and therefore it is also the hub for all day trips and cruises. You can catch a ferry to San Cristobal, Isabela & Floreana Island from Santa Cruz. We decided to visit Isabela and after about a day and a half there we started seriously questioning our plans for returning back to mainland Ecuador.

That gave us time to head back to Isabela Island for a few more days and also a chance to visit Floreana Island on our own little day trip and spend a day snorkeling around Pinzon Island. 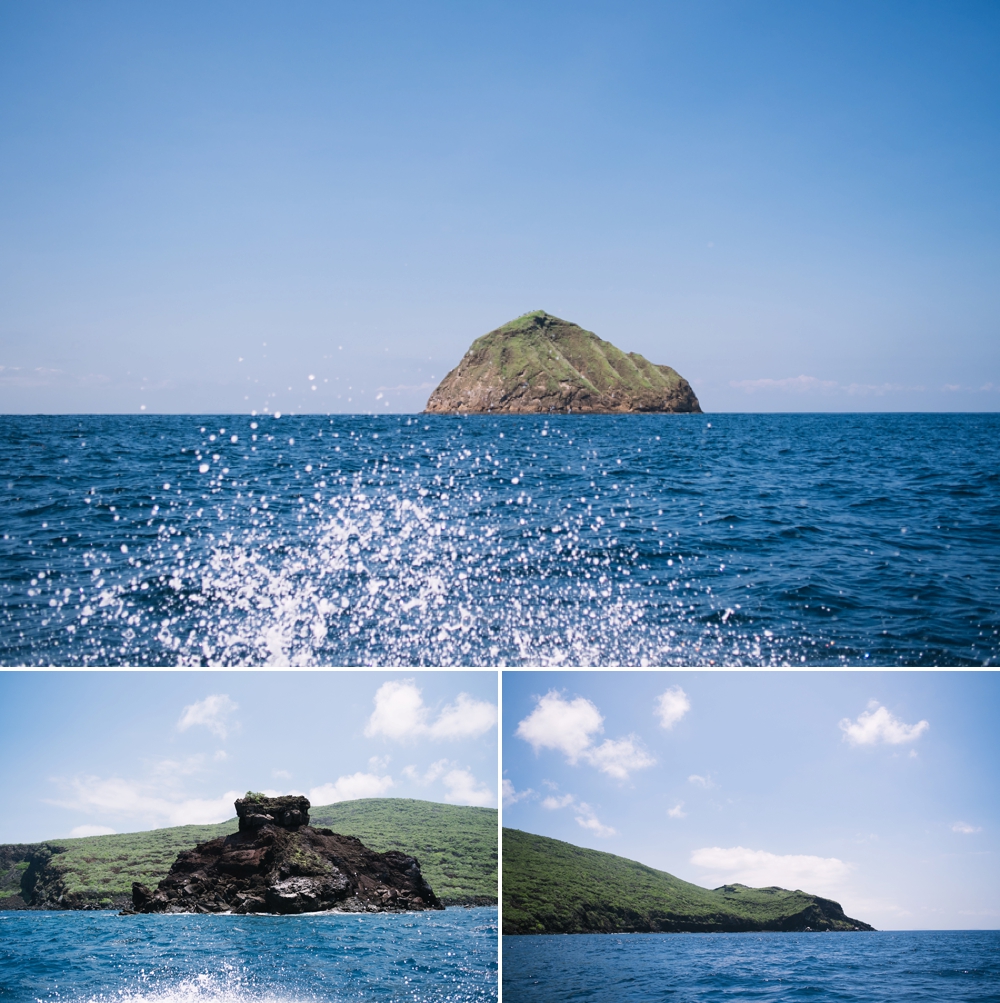 After we had spent about two weeks in the Galapagos, I was toasty red and survived sun poisoning, had swam with Sea Turtles, Sting Rays, Sharks, tons of fish and had seen all sorts of animals, I had survived falling in a hole and destroying my toe (see my San Cristobal post for explanations), we had made it through a plague of black beetles that invaded only Santa Cruz Island, we had eaten our fill of Ceviche and all our clothes were covered in sea salt, we were ready to head back to mainland and continue our adventures… haha… but life had another idea. We said our goodbyes and made our way to the airport on Baltra Island once again only to be met with mechanical issues on our plane that postponed and postponed and finally cancelled our flight.

Wait what? We now needed to head back into town which is 1.5 hour away. The airline handled everything but regardless it was pure craziness and while it might’ve seemed cool in theory that we got another night on the islands we really spent the entire day in the airport only to have to leave and return again the next morning only for our flight to be delayed again for a couple more hours. 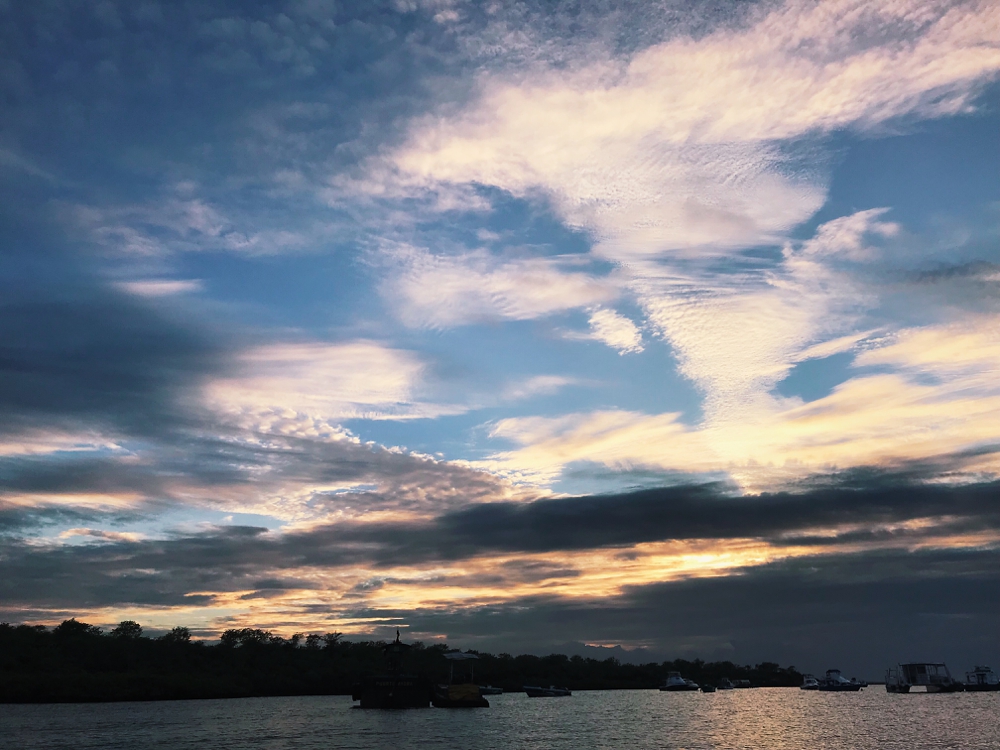 We were tired of airports and lines in and out. Needless to say, we finally made it back to mainland Ecuador and got a bit of rest before our next adventure but we will come back to that later. But man look at that last sunset!